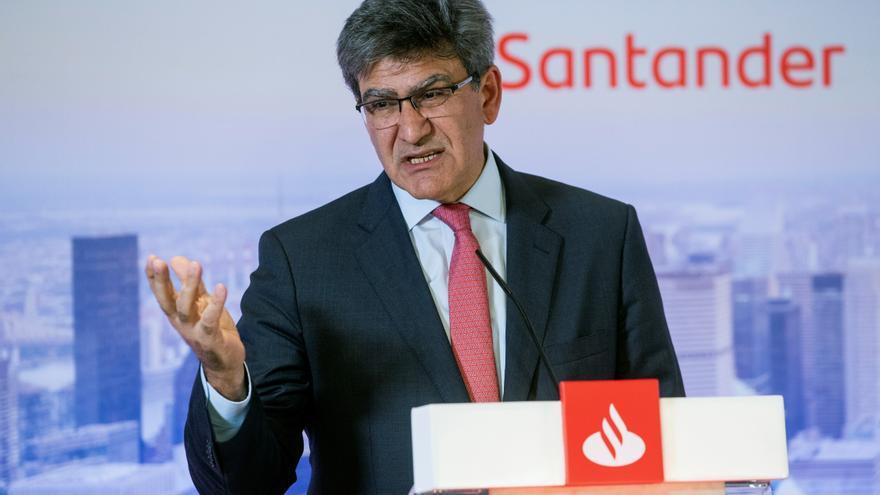 The president of Banco Santander, Ana Botín, received 6.81 million euros last year. The CEO of the entity, José Antonio Álvarez, received another 6 million. Both reduced their remuneration due to the pandemic. The number two of the group defended this Wednesday the salary of bankers, who have recently been criticized by the Minister of Economic Affairs and second vice president, Nadia Calviño, in a context of job loss in the sector. "I do not know of another sector in which executive salaries are as regulated as in banking," Álvarez defended in the presentation of the group's results.

The group's CEO has defended the scheme and the controls that bankers follow when receiving their emoluments for their activity. "There is a community directive that establishes patterns to discourage risk-taking since the last crisis," Álvarez argued, asked by the press. "It is a highly regulated scheme with strong governance within the entities," he added, without going into detail about whether Calviño's words will lead to a change in salaries at the bank. "I believe that the salaries and bonuses of bank executives should be aligned with the evolution of the sector and the economy as a whole," the minister defended in a meeting with foreign journalists last week, while the EREs of CaixaBank and BBVA, which affected more than 12,000 workers.

However, the CEO has come to assess that the limitations that European banking has regarding the remuneration of executives causes "disadvantages". Specifically, it has pointed out that in some markets they are exposed to competition from entities that do not have this regulation that European banks do. On the other hand, he has criticized that "in the world of fintechs they do not have the same regulations." Once again, the bank has recovered its traditional criticism, in which its president is one of the standard-bearers in the sector, due to the difference in standards that new operators have in the market.

In any of the cases, Álvarez has trusted that this debate opened by the Government will affect the image of the sector. "I hope it has not affected the reputation, we are collaborating in a very intense way," said the executive, referring to programs such as ICO loans that were signed for companies with problems due to the financial crisis. "The bank has done a great job since the pandemic began," he stressed.

Banco Santander has presented this Wednesday the results of the first quarter of the year. A period in which the bank is executing the ERE that it agreed at the end of last year and that affects more than 3,000 workers of which 2,200 have already left, as reported by Álvarez. In these three months, the bank has obtained a profit of 1,608 million euros, which means multiplying Santander's accounts by almost four in the same period last year, when it had to assume millionaire provisions to cover possible losses due to the pandemic.

The level of profit is already very close to the results it obtained in the first quarter of 2019, when the impact of the pandemic did not yet exist on its accounts. "These are excellent results," claimed Álvarez in the presentation of the data between January and March of the largest Spanish banking group. "We hope for the next few months that the activity of our entity will accelerate as the vaccination progresses," he said.