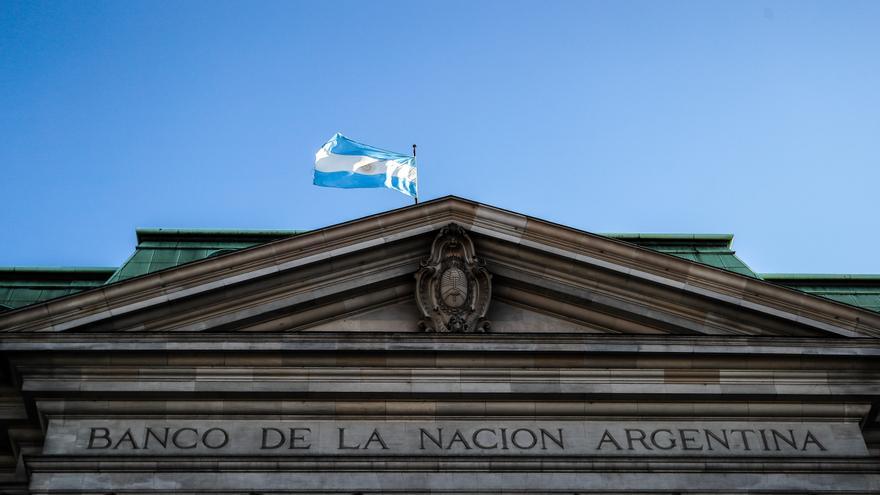 The Argentine branches of the Santander and BBVA banks have decided to put themselves under the leadership of the largest state bank in that country to fight the fintech companies in the growing business of digital money in the second largest economy in South America, according to sources with direct knowledge. of the situation.

The two Spanish banks last week got Banco de la Nación, Argentina’s largest financial institution measured in assets, to join the consortium of more than 30 traditional banks. The two entities were already key to bringing banking together in the launch of Modo, the mobile application to manage money from the mobile phone that will be formally presented this Thursday, according to a source who requested anonymity since they are not spokespersons for the joint venture.

In exchange for the arrival of the Nation to the consortium, Santander and BBVA, which are the second and sixth banks in the country in terms of assets respectively according to statistics from the Central Bank, will cede the presidency of the bank consortium to the Argentine state bank for one year. Santander and BBVA obtained 144 million and 133 million euros in net income in Argentina in 2019, respectively, according to their balance sheets.

Good relations between Botín and Fernández

Santander, who would have been the presidency for being the largest private bank in Argentina, was key in the transfer of the honors, according to these sources. Ana Botín, the president of Banco Santander and the most important banker in Spain, maintains a good relationship of more than 20 years with the Argentine president Alberto Fernández, whom she met personally in the 90s, when he served as superintendent of Insurance of the Nation during the Government of Carlos Menem.

In fact, the announcement and launch of Modo, a payment aggregation system that will allow customers of participating banks to offer transfers to cell phone contacts or payments with different formats (QR, contactless and others), has had the presence and the support of Alberto Fernández. A delegation from the banks will meet this Tuesday with the Argentine president.

The press offices of Santander and BBVA in Buenos Aires declined to comment and limited themselves to directing questions to Play Digital SA, as the consortium of more than 30 traditional banks that will launch Modo to battle the companies is known. fintech. In this war to control digital money, the main competitors of the banking application are Mercado Pago, the digital payment system of Argentina’s largest company, Mercado Libre, and Ualá, a company financed by George Soros that had begun to dominate the market. segment in Argentina.

Banks come together to take advantage of the installed base of the entire Argentine banking system, which according to the latest figures from the Bank Central has registered 90 million accounts (adding savings, checking and social security accounts), compared to eight million users of fintech wallets such as Mercado Pago, Ualá and others.

Mode, which is now available in both the Manzana as in that of Android, was also born to compete with the powerful Grupo Clarín, which in alliance with Prisma SA is about to launch Bimo, a mobile wallet for businesses and users adhered to its customer loyalty program called 365.