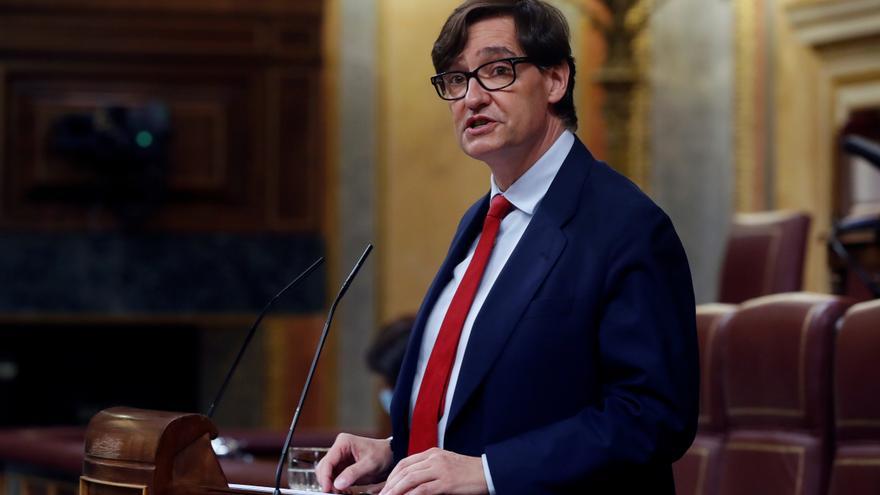 The Minister of Health, Salvador Illa, will take this afternoon to the Interterritorial Council that meets with all the regional councilors a document, which they must approve, in which he proposes to further restrict the following measures of the Christmas plan against COVID-19: Curfew at 1:30 on Christmas Eve and New Year’s Eve, meetings of 10 people, and trips between autonomous communities to see relatives and friends between December 23 and January 6. The document, to which elDiario.es has had access, also includes that the point of the plan that allowed events such as the Kings parades can be modified. The main difference is that in the Christmas plan, which was approved on December 2, the measures were maximum and mandatory, that is, the communities could not reduce meetings to 6 people, or prohibit trips. After several communities have expressed that they wanted to do it, Health modifies it with this new proposal, and it does allow each one to have a plan to suit them, within the common framework.

This determination that “autonomous communities and cities can apply more restrictive measures and criteria” is made “in view of epidemiological evolution,” the text reads. “The measures proposed as of December 2 were carried out based on an epidemiological situation with a downward trend but with different situations in the different autonomous communities and cities. However, in recent days there has been a general slowdown in the decline of the incidence rates that had been observed, and even, in some territories, a slight upward trend “, it also justifies.

Spain had for about a month a downward trend in infections that in recent days seems to have reversed. Health spokesman Fernando Simón explained on Monday that to see this new consolidated upward trend, it was still necessary to wait until the end of the week. The Interterritorial Council is the governing body according to the current state of alarm, the measures that come from there are restrictive to face the pandemic. President Pedro Sánchez had further paved the way this morning in Congress and declared that “if the Christmas plan must be toughened up, there is no doubt that the Government of Spain will propose to the regional governments to toughen up that Christmas plan”, because worried about a possible third wave in January.

“For this reason,” says the text, “in view of the increased risk of transmission that the Christmas holidays may pose, and also in view of the situation observed in other countries, with an increase in the slope of the pandemic curve after the celebration of various festivities, it is important to carry out a continuous risk assessment of the situation that allows, if necessary, to scale control measures quickly in the face of changes in the trend. ” The Government has already announced that it was a plan subject to modifications, although it has not suffered any until this day, December 16, a week before Christmas.