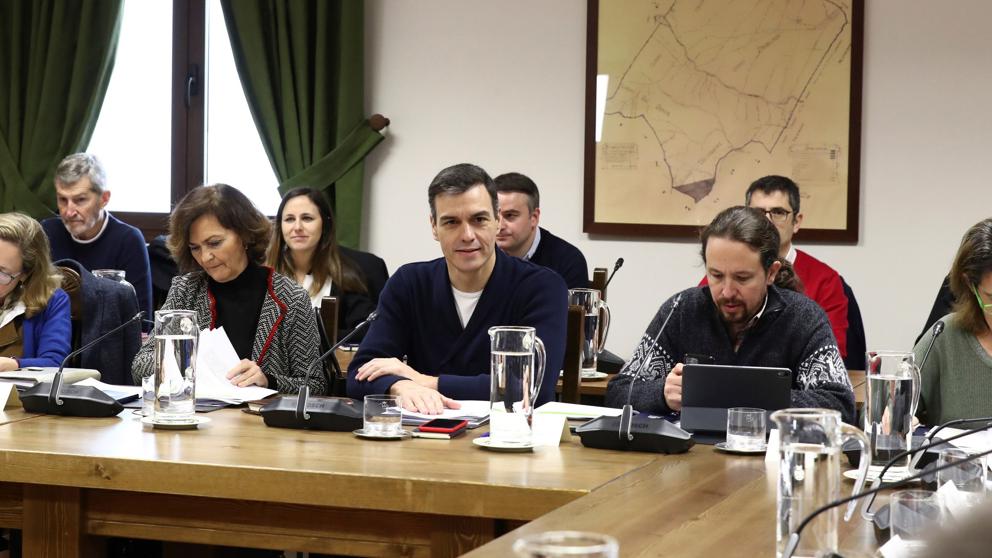 “The president wants the Government to have a unique opinion, which allows us to overcome the obstacles we encounter along the way.” Thus they justify in high governmental instances the invitation that Pedro Sanchez He attended his second vice president, Pablo Iglesias, to join the

negotiating table between the governments of Spain and Catalonia. A dialogue forum, included in the investiture agreement between the PSOE and Esquerra, which is planned to be constituted before the end of February and which aims to start channeling the Catalan “political conflict”.

With the presence of the leader of United We can at this table, therefore, Sanchez wants to avoid dissonances and discrepancies within the government of coalition, given the difficult negotiation that will open with the Generalitat. And it should not be forgotten that the main argument Sanchez put forward to refuse to form a coalition government with United
We can, before the last general elections, it was precisely Catalonia. “The PSOE and United We can have serious discrepancies in the Catalan question, ”he claimed. And he warned, to justify his veto to the coalition, that he found it inconceivable that one of his ministers defended the right of self-determination or the immediate release of what Churches himself considered “political prisoners,” referring to the leaders of the you process
doomed


The Executive will try to ensure that budgets can be processed, for which it needs ERC

Now Iglesias is vice president in the Sanchez Executive. But, since he sealed his coalition agreement, the leader of the purple formation pledged allegiance to the position and strategy set by the president on the Catalan issue, adopting a very discreet background in this regard so as not to interfere. In Moncloa they emphasize that this is the case, that Iglesias was “very clear” in that the position of the Government in the Catalan question is determined by Sánchez. But its incorporation into the dialogue table will prevent, in any case, that different sensitivities in the Government remain outside of this mechanism for negotiation and the pact. Government sources explain that before the table is set up, the date of which is not yet closed, the vice-presidents and ministers who accompany Sánchez in the delegation of the Spanish Executive will hold “prior coordination meetings”. Again, to avoid all internal dissonance.

Although Sánchez still does not publicly reveal who will form his team, among which it is presumed that besides Iglesias there could be Carmen Calvo, Carolina Darias and Salvador Illa.

The presence of the leader of United Podemos, they argue in Moncloa, can also “facilitate the way of dialogue and meeting” with the Catalan delegation, which will be headed by Quim Torra and Pere Aragonès. Although in the Government they warn that great progress should not be expected immediately. “It is naive to think that there will be progress in a short time, we have to put on the long lights,” they prescribe.

This is an operation of very high political risk for Sánchez, in any case, because the “progress” that occurs in said negotiating table will depend, as Esquerra already warned, that the general state budgets that the president wants to have approved can be processed this summer.

The spokeswoman for the Government and Minister of Finance, María Jesús Montero, said yesterday that her intention is to present the draft public accounts in Congress “as soon as possible”, but already with the guarantee that they can be processed. In this way, Montero plans to hold previous meetings with the parliamentary groups, and particularly with Esquerra since it is decisive, to avoid that the total amendments prevent the processing of the accounts. That was just what happened last year: ERC and the PDECat did not appreciate progress in the political negotiation on Catalonia, and dynamited budgets and the legislature. The Government, now, does not want to stumble again on the same stone.