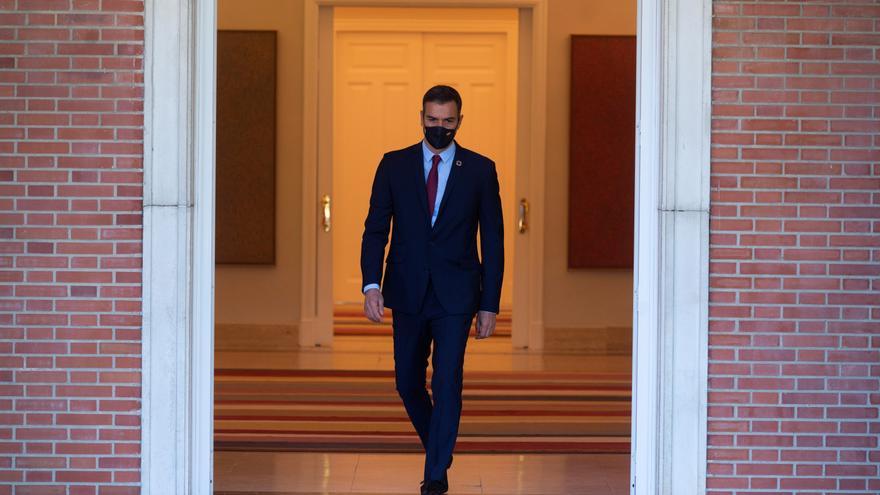 Pedro Sánchez warns that the pandemic situation is “serious” given that infections have doubled compared to the worst day of the first wave of the coronavirus in Spain and has demanded the collaboration of everyone to reduce the spread of the disease to a minimum. Even so, he has assured that Spain has “strengths” compared to the first wave and has applauded the Government’s collaboration with the autonomous communities. Specifically, he referred to the measures adopted in the Interterritorial Health Council this Thursday, in which an early response guide was approved, which he summarized in an appearance in Moncloa this noon. The president has recognized that the actions contemplate in the last scenario the application of the state of alarm, but has left his request to the autonomies.

“The decision on the measures to adopt and the moment of their adoption will be made by the communities and will be made known to the Ministry of Health before its implementation. Which is what we are seeing throughout our country,” he said. affirmed Sánchez, who has argued that “the necessary measures should be adopted to stop contagions causing the least possible economic damage and the least restrictions.” What he has also made clear is that the Government is prepared to take the necessary measures, after Health and the communities postponed the decision on the curfew, which some autonomies have already announced, including the Valencian Community.

“The coming weeks and months will be very tough. We have the experience of having rounded the curve once. And we can do it again with fewer sacrifices. I also want to be very clear: we want and must avoid resorting to a new home confinement at all costs. like the one we live for weeks in spring, “the president warned, who has once again appealed to the necessary” unity “between administrations -Spanish and European-, political and also citizen.

As he did in the worst moments of the spring confinement, Sánchez has directly addressed the citizens, from whom he has demanded resistance and “sacrifices.” Thus, it has demanded that trips and encounters that are not essential be voluntarily limited beyond the restrictions imposed by public institutions to “save lives, jobs and companies.” “We need to make a parenthesis to save lives and defend the health of all,” said the president, who recalled that the virus is transmitted between people so he has insisted on reducing contacts, even if it is between family members: “They can also be infected each”.

Despite the seriousness of the situation that Sánchez has narrated with all the harshness – three million people in Spain have suffered the coronavirus, as he has expressed – he wanted to send a message of hope by ensuring that the second wave will be overcome as well that was done with the first: “There is less time for the new normal to become normal”.