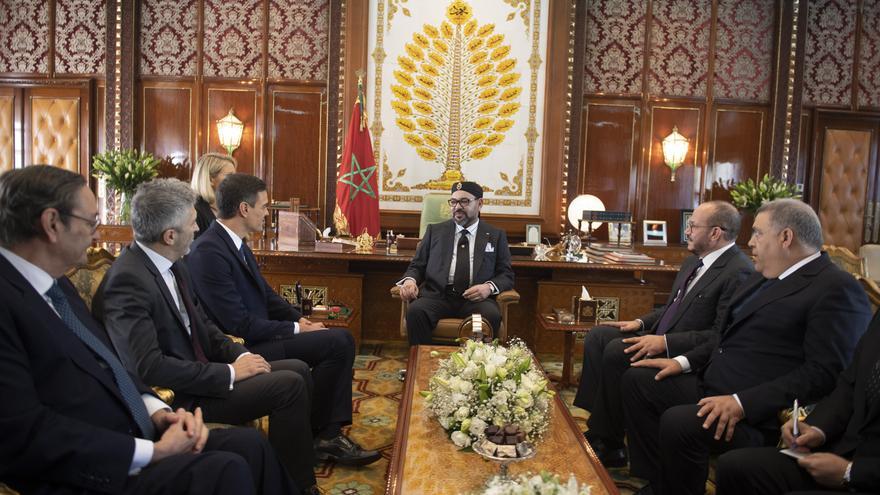 Pedro Sánchez travels to Rabat this Thursday, where he will be received by the King of Morocco after having restored relations thanks to Spain's historical change in position with respect to the Sahara by supporting his proposal for autonomy for the former Spanish colony, which has led to his rejection of the entire Congress. But Moncloa emphasizes the importance of having resolved the diplomatic crisis that will be substantiated with the reception by Mohamed VI.

Sánchez obtains, with reservations, majority support for the plan against the war and receives unanimous criticism for the Sahara

The Foreign Minister has emphasized that there will be "a break in the fast", an 'iftar', which is of special importance in the Muslim world during Ramadan. "I want to underline this, because inviting someone from outside the family circle to break the fast in a period such as Ramadan is a very strong sign of friendship," said José Manuel Albares at the press conference after the Council of Ministers. .

Beyond the dinner that will take place on Thursday, Albares has not given any details of the president's agenda in Morocco, which will last until Friday. “It is closing”, the head of diplomacy has limited himself to saying.

The photo of Sánchez with King Mohamed VI will put an end to the crisis that broke out after Spain welcomed the leader of the Polisario Front for humanitarian reasons so that he could receive medical attention in Logroño. That gesture caused the rupture with Morocco, which facilitated the massive entry of thousands of people into Ceuta, which the Government described as "blackmail". Since the government crisis in July, the efforts of the new minister have been to recompose relations with the neighboring country, although Moncloa has pointed out at all times that collaboration was normalized.

The shift regarding the Sahara, which was announced by Morocco and not by the Spanish Government, has allowed the normalization of relations with the Alaouite kingdom, although it has been an internal problem for Sánchez since even United We Can has criticized the shift.

Regarding relations with Algeria, which called its ambassador for consultations, the government insists that there will be no reprisals and that the gas supply is guaranteed. “Diplomacy requires discretion. Algeria is a strategic partner of the first level of Spain and is a reliable supplier of gas to Spain. It always has been”, expressed Albares, who stated that “Algeria always scrupulously respects its contracts and has always done so with Spain”.

He has also assured that "there is cooperation that goes beyond" the gas issue, such as Interior relations and the exchange of information that he has indicated is "mutually beneficial." "All of this unites us," said the minister, who has acknowledged that a trip by Sánchez to that country is not being planned.