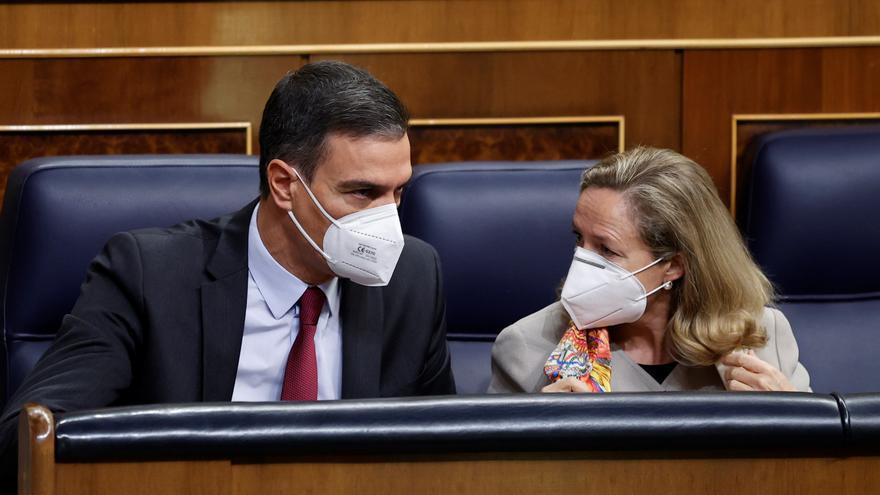 There is already a white smoke. The Government has agreed on a coordination system for the negotiation of the labor reform after United We can denounce an “interference” by Nadia Calviño, who tried to pilot it. Moncloa assumed on Tuesday that the Ministry of Labor was leading the conversations within the social dialogue, but has managed to have representatives of the Ministries of Economy and Social Security sit in those meetings. Pedro Sánchez has summoned Yolanda Díaz, Nadia Calviño, and the rest of the ministers involved in the negotiation of the new labor relations framework to “establish the government’s position at the social dialogue table, under the terms of the coalition government agreement.” , has informed the Secretary of State for Communication. In Unidos Podemos they are satisfied with the result because they consider that Yolanda Díaz’s requests that the president be involved have been fulfilled and the contents are specifically addressed due to the doubts he has that the socialist part of the Government intends to soften the scope of reform.

Sánchez, who will coincide with Calviño and Díaz this Thursday at a Spanish-Portuguese summit in Trujillo, will meet with the vice presidents and the ministries of Finance, Social Security and Education and Professional Training next Tuesday, November 2 “to establish the position of the Government at the social dialogue table, under the terms of the coalition government agreement “. This will be the first milestone in the new negotiation stage of the labor reform that the Ministry of Labor has piloted alone so far.

From there, every Tuesday at 5 pm “a meeting will be held to establish the government’s position” at the social dialogue table in which the unions and employers are also represented. This meeting after the Council of Ministers will be attended by the Secretaries of State for Employment, the Economy and Social Security and Pensions. “Depending on the issues to be discussed, other secretaries of state or representatives of the other affected ministries may attend,” the Moncloa statement added.