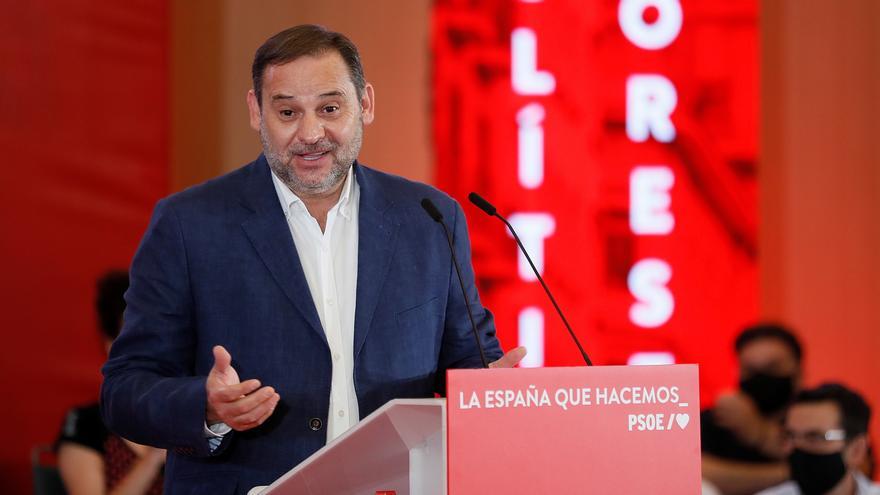 Pedro Sánchez has left behind the rupture that the PSOE went through five years ago and that saw its greatest exponent in the congress in which Susana Díaz was imposed, and with her the old powers of the party, and configured an organization to suit itself in which it surrounded itself with faithful. In this time, the socialists have been relocating and some wounds are already healed. That is what the secretary general wants to show in the 40th Congress. “A united and cohesive party”, in the words of his number two, Adriana Lastra. For that ‘unity congress’, Sánchez has managed to add Felipe González, who recently confessed to being an “orphan of political representation” and who has not participated in a party act for years. But when it comes to squaring the puzzle, there is a piece that generates some discomfort in the party: that of the former Secretary of Organization and former Minister José Luis Ábalos, who assumes that he will attend the conclave in Valencia, although stripped of power. Management plans to reserve a low-key role for him at the event to be held from October 15-17.

The dismissal of Ábalos – twice, in the Executive and in the party – was one of the most abrupt of the government crisis Rushed by Sánchez this summer. Even he, who had participated with the president in the previous deliberations, was caught by surprise and has repeated that he still does not know the reasons. “I would have liked to understand it better so that there is not so much speculation,” he said in an interview on Infolibre. And it is that the PSOE stayed in shock with the decision of the president. “The departure of Ábalos from the Government has been rare, it squeaks a little”The mayor of Valladolid, Óscar Puente, recently told elDiario.es.

The dismissal also took place in the middle of the organization of the 40th Congress, of which he was general coordinator. Despite the fact that Lastra quickly assumed that role and Santos Cerdán replaced him as Secretary of Organization, in the socialist ranks they recognized the discomfort at the role that Ábalos would play in the conclave that is being held in their city. Are you going as a delegate? Are you going as one more guest? Not going? These were some of the questions that some socialists asked about the role of Ábalos, who has signed the most extensive section of the management report that will be approved in congress and to whom a good part of the merits are attributed in the work to heal the wounds internal.

The idea that they handle in Ferraz is that Ábalos be one of the ten interviewees during the celebration of the conference on a set that the PSOE will install at the Valencia Fair, according to various socialist sources. It would be a way for him to play a discreet role but without a total break: Ábalos, like Carmen Calvo, the PSOE has reserved for them the presidency of a commission in Congress, but the former vice president will participate in the socialist conclave as a member of the outgoing leadership and responsible for Equality, unlike Ábalos, who Sánchez urged to leave the Organization Secretariat immediately on July 10. Ferraz’s official sources assure, however, that “there is nothing closed” about the former minister’s participation in the Valencia conclave. “They have not spoken with him or anything,” they say. “Some role must have,” says a territorial leader little suspicious of tune in with the former minister.

The party leader does not want anyone to tarnish the Congress that the Socialists have been designing for months with the intention of it being the starting gun for the new stage and the relaunch of Sánchez after leaving behind the worst of the pandemic and the crisis. The inauguration will be on Friday, October 15 with a meeting of the Federal Policy Council, in which the leadership of the PSOE, the regional presidents and the regional general secretaries are represented. In the photo will also be the members of the socialist part of the Government (with and without a license).

The next milestone will be on Saturday morning with the intervention of former presidents Felipe González and José Luis Rodríguez Zapatero, and Joaquín Almunia, who will also attend in his capacity as former secretary general. Four years ago González excused his presence for a trip to Colombia, although he participated through a video, and the others were in the background. González’s presence is especially significant for Ferraz after years of isolation between the former president and Sánchez, who have recently resumed contact.

The bulk of the congress will take place in the afternoon with the holding of the debates on the amendments that come alive from the federations, although many controversies are not expected beyond the traditional one in favor of opening the debate on the State model promoted by Youth Socialists and the Socialist Left or a package promoted by the party’s feminism, among other issues, to correct the “incorrect synonymic use of gender and sex” in the presentation, according to one of its promoters. Ferraz does not expect many surprises in updating his political project.

The congress will also leave the new governing bodies of the PSOE. Sánchez intends to print an important renewal to the Executive. Beyond the continuity of Lastra as Deputy Secretary General, Cerdán as Secretary of Organization and Cristina Narbona as President, few are expected to repeat. After voting on the amendments that reach the plenary and the governing bodies, Sánchez will deliver the closing speech.