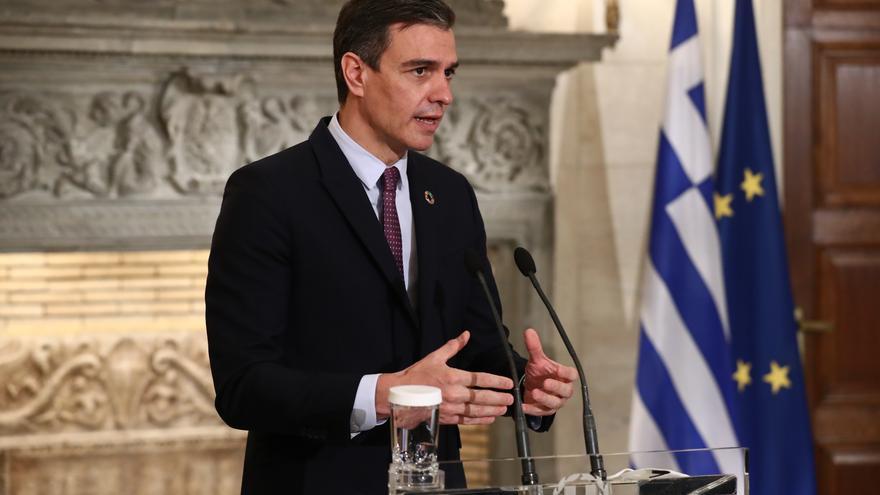 Pedro Sánchez does not plan to change the law to cover the restrictions that the autonomous communities want to implement in the final stretch of the pandemic in the event that the Supreme Court knocks them down, as the Government fears that it will happen with the curfew. While the Minister of Justice, Juan Carlos Campo, summoned the communities to request the Executive the state of alarm in case if the high court denies his measures, the president has assured that “the state of alarm is the past.” “We must look to the future and the future is called vaccination, vaccination and vaccination,” Sánchez said in an appearance with his Argentine counterpart, Alberto Fernández.

Asked about the plan that the Government has planned in the event that the Supreme Court rejects measures such as the curfew that the communities have proposed, Sánchez has avoided answering and has taken the opportunity to request “coherence” from the opposition, in reference to the rejection of the PP to the last state of alarm that lasted for six months to give a legal umbrella to the communities to face the successive waves of the pandemic and the demand now by some communities that this exceptional situation be extended, which the Government has ruled out for Nacional level.

What Sánchez has ruled out again is a modification of the current health law, as requested by Pablo Casado to support the limitation of fundamental rights. “An ordinary law is not going to replace the Constitution, this is first law,” said the president.

Despite criticism from the communities and also from the allies of the investiture and even the fear that the Supreme Court will refuse to endorse some restrictions [por el momento los tribunales han tenido posicionamientos dispares respecto al toque de queda], Sánchez insists that regional governments have sufficient mechanisms to face the pandemic. “Throughout these months, with or without a state of alarm, the autonomous communities and the Interterritorial Council have mechanisms to deal with vaccination,” he asserted.

From there, Sánchez is mainly entrusted to the vaccination plan and has insisted that there are “99 days to achieve” the goal of 70% of the population being vaccinated, that is, “group immunity.”