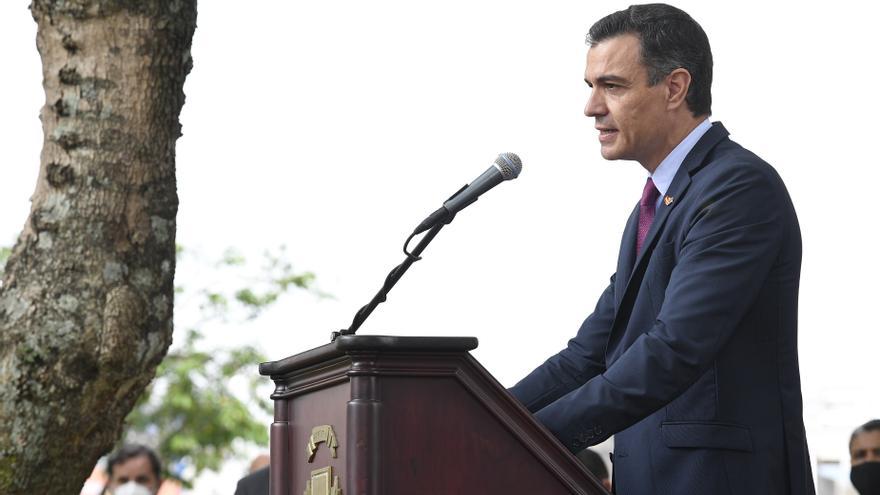 Everything we thought we knew about zombies is confirmed by a character like Susana Díaz. They are undead, but they move as if they were alive. They are cold and lifeless, but they are frightening and even break skulls. They are fast. So much so that, sometimes, shooting them once in the head is not enough to kill them. With two, things change, but their disappearance is not certain either. Three? Maybe In the case that concerns us, we will have to wait until December to verify it.

Susana Díaz had already died twice, but she was still alive in some way. The first shot was received by the socialist militancy in 2017, when the then "almighty" president of Andalusia and general secretary of the Andalusian socialists embarked on some primaries against Pedro Sánchez from which he left KO, despite a shameless display of all the organic power of the party. The second was given to him by the Andalusians, in 2018, when in the regional elections, despite remaining as the first force, lost 400,000 votes and 30 percent of the electoral support and, later, thanks to an agreement of the three rights, the Junta de Andalucía.

This Sunday he received a third shock when leaving defeated against the mayor of Seville and Ferraz's favorite, Juan Espadas, in the primaries where the next electoral poster of the PSOE in Andalusia was at stake. "This dead man is still dead," said a socialist who has been warning for months that with Díaz at the head of the leadership, Andalusian socialism is bleeding against the PP of Juan Manuel Moreno Bonilla, as polls from different sources show. "She will continue alive," disagrees one of the few stalwarts of the "zombie" Díaz.

Namely. Sánchez, for the moment, is recovering oxygen and renewing his internal leadership after claiming the electoral head of Susana Díaz. The victory of Espadas - with more than 55% of the votes - is no small thing for the Prime Minister. It is a relief, a comfortable victory in the face of his most furious criticism since in 2014 he won the general secretary of the PSOE for the first time. But it is not as epic or as transcendent as that of May 2017 when, against all odds, the militants said "no" to the old guard, "no" to the barons, "no" to Susana Díaz and "no" to the PSOE as it was known until then.

Today, Sánchez is president of the Government of Spain and Susana Díaz, head of the opposition in Andalusia, although this umpteenth pulse came at a critical moment for the president because he accuses notable wear and tear due to the pardons of the procés leaders and the collapse of Madrid socialism in the elections of May 4. The result of the duel leaves Sánchez the clear path for a federal congress in October that does not predict surprises or shocks, but in which Díaz will continue as general secretary of the Andalusian socialists, surely ready to fight after the hard blow this Sunday, and despite the fact that there are already those who appeal to generosity to bury once and for all "the arrogance that has led her to be a caricature of herself." And that the Andalusian socialism starts today a new political cycle, after clearly betting on the "change and revulsive" that Swords represented and requested Sánchez and the federal leadership since the PSOE lost the Junta de Andalucía.

Until the Andalusian PSOE does not hold its regional conclave in December, organic power will remain in the hands of the defeated this Sunday, in such a way that Espadas will not have the reins of the political strategy and neither of the parliamentary one because he is not a deputy. Nobody trusts that Díaz will step aside and, after the setback of the militancy that has turned its back on him, present his resignation as leader of Andalusian socialism. Quite the opposite. "He will fight and put all the stones he can in the path of Espadas and by extension of Sánchez," predicts a victim of the "susanista regime. The difference is that this time he will not find a single socialist baron who supports any critical operation or questioning of Sánchez's leadership, which today comes out even more reinforced.

In Ferraz they decided to anticipate the Andalusian primaries to get out of the 4M shock after the experience of the electoral advance in Madrid that surprised the PSOE without a candidate. And in Andalusia the same thing that had happened with Ángel Gabilondo could not happen. That is why the battle for the relief was activated hastily, and against the criteria of the regional leadership, since from Madrid Díaz had been shown the exit door on several occasions without her taking for granted or accepting any of the outings that were offered to him. "An arrogance and stubbornness", which, an Andalusian socialist suspects, will continue to maintain in order not to retreat and fight in the regional conclave, a sign that he still does not know how to read the messages that for years the socialist militancy has given him and also the voters.

The battle for Andalusia transcended the past of internal confrontations and marked a turning point for the future of Andalusian socialism. With Juanma Moreno's PP on the rise in the polls as the first force, Sánchez could not afford the luxury of giving up the socialist bastion par excellence. Not only in the field of the regional governments, which are already being looked at from the corner of their eye, but also in the face of the general ones, since Andalusia is the region that distributes the most seats in the Congress of Deputies, a total of 61 in the last elections. Of them, the PSOE obtained 25 in 2019 while the PP achieved only 15. After the change of cycle in Madrid, Sánchez wants to continue to maintain the pulse of Andalusian socialism as a lung of oxygen for a future victory at the polls in 2023. And, so far, it has.

Susana Díaz is already beginning to be history, and not exactly the best that socialism has given. How blind there was in other times when so many saw in her what she never had! Neither size nor volume.