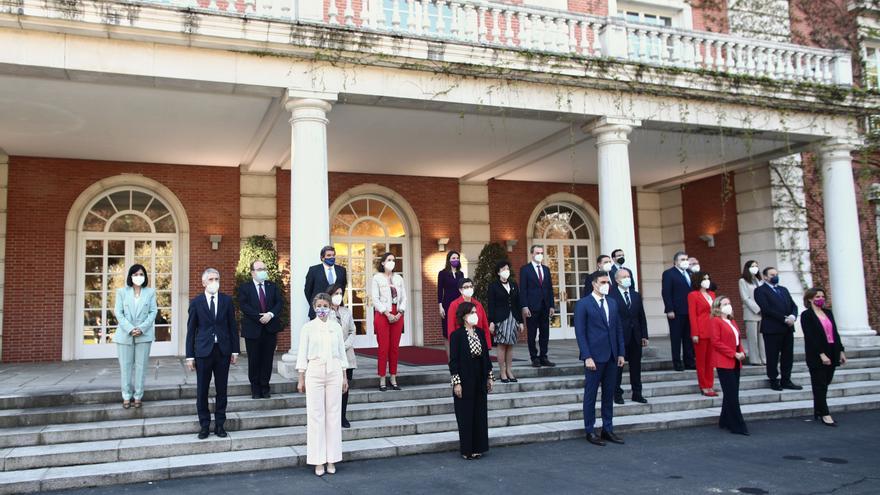 Pedro Sánchez is one of those politicians who shares reflections, asks, asks for an opinion and listens, but nobody really knows what he really thinks until he communicates his decisions. Some believe that it is mistrust and others that it is simply hieratic. Hence the rumors, the nerves, the names that come and go, the speculations and even the friction between fellow government officials. This week at the end of the Council of Ministers, no one knows the exact reason, but something more than a feeling of change is blowing in some ministries. Everyone assumes that the president plans to remodel the cabinet sooner rather than later and that the most appropriate date is before the August vacation.

The president said nothing about it in the ordinary meeting on Tuesday because he was even absent before it ended for an official visit to Vitoria to accompany the kings to the inauguration of the Memorial Center for the Victims of Terrorism. A gesture? Some clue? Confidence to someone who is indiscreet? "Only the overwhelming logic that as the pandemic stage ends and that with the economic reactivation underway, the beginning of the course opens a new phase in which a political impulse must be given. We are all within that framework. It is what is recommended and what is expected, "says a socialist minister who does not know the scope of the changes and whether or not he will be among those affected. In fact, Sánchez has not communicated anything to anyone. Neither to collaborators nor to ministers, much less has he detailed his plans or if the remodeling will increase or reduce the current portfolios. Everything is up in the air, "apart from the fact that in recent weeks he has been interested in some names," say socialist sources.

Of what there is no doubt, neither in the Executive nor in the PSOE, is that the most logical thing is that the government crisis is faced after having granted pardons to the leaders of the procés and before the month of August, to start now September with a narrative framework different from that installed by the opposition due to the grace measures in the public debate and the one derived from the COVID-19 crisis. That is why the remodeling that he faces, speculates a prominent socialist, should not "go only in terms of names, but to reinforce the contents with which the president wants to face the second part of the Legislature until the next general elections."

It so happens that this Sunday marks the three-year anniversary of Pedro Sánchez's first government, which he set up after winning the motion of censure that threw Mariano Rajoy out of La Moncloa. Of that first cabinet, of 17 ministers, 11 are still at the Council table today: Carmen Calvo, José Luis Ábalos, Nadia Calviño, Teresa Ribera, Pedro Duque, Luis Planas, Isabel Celaá, Fernando Grande Marlaska, Margarita Robles and María Jesús Huntsman. And of them, there are several that some Socialists have already written off, as is the case of the Minister of the Interior, who has been accompanied by the controversy since his arrival in the Government. Other interlocutors bet, on the contrary, that "the outrageous criticism of the right can shield its presence in the Government."

The head of Education, Isabel Celaá is another of the names with which it is speculated once approved the new Education Law and for the profound transformation that the left will face in the educational system in the coming years thanks to the recovery funds that will arrive from Brussels. In the starting pools there is also the Minister of Culture, José Manuel Rodríguez Uribes, who has not connected as expected with the world he represents.

As always, her most fervent critics within the Government place Vice President Carmen Calvo with one foot outside the cabinet and even with a determined successor when pointing out a possible promotion of María Jesús Montero or José Luis Ábalos to the first vice presidency, a scenario that there are those who believe that it responds more to an intoxication of some collaborators of the president than to the wishes of Sánchez, who always considered Calvo among the members of his team with the greatest political weight and the most accumulated experience. Quite the opposite of José Luis Escrivá, head of Social Security, whom the president recognizes a remarkable technical capacity, but "no political ability", so that his detractors, who have them, also see him more outside than inside.

Margarita Robles, the most praised minister on the right, is another of the names that several socialists consider that it has covered a stage and that it could leave the Government in the next remodeling, after in some departments it is considered responsible, interestedly or not, of some of the most notorious internal skirmishes within of the cabinet. "There is no minister - they complain from one of the ministries - with whom the Minister of Defense has not had a dispute and that she has also taken the opportunity to land on her colleagues and be loved by the political and media right".

Those who do not seem to be affected by the changes are the ministers of United We Can, unless someone voluntarily requests voluntary withdrawal, something that cannot be ruled out for the head of Universities, Manuel Castells. With Pablo Iglesias out of government, the relationship between partners has improved notably with Yolanda Díaz in the third vice presidency and the rest of the ministers of the purple formation "have a relative weight and influence, so if the replacement of any of them were considered, an unnecessary problem would be opened ".

With what is expected before August, Sánchez would face the second change in the cabinet, after the minimal touch-up that the departure of Salvador Illa forced him to head the candidacy for the presidency of the Generalitat. All the presidents in democracy, except Calvo Sotelo, faced changes in their teams for different reasons and at different times. Sánchez was not going to be different in that. Until he reaches the nine renovations that Zapatero did in less than eight years, he still has. Place your bets.