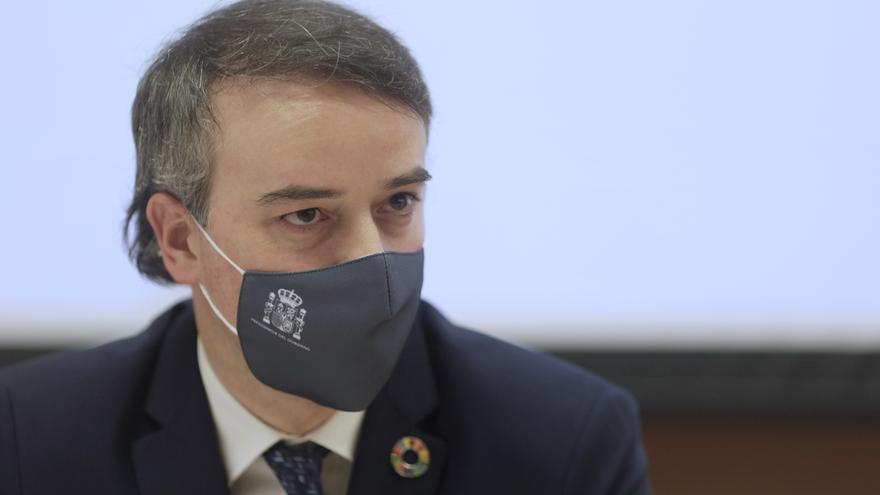 “I have already come from the best place in the world, I have had the privilege of having been able to fulfill it.” This is how Iván Redondo, the strategist who has accompanied Pedro Sánchez as chief of staff until the government crisis last July, has made himself known to the general public: “Being the president’s chief of staff has been my dream since I was little.” Redondo has assured that since he was a child, “from the age of 11 or 12” he had already fantasized about “running the country”, in a play on words between power and the newspaper. “I am not a person who is interested in being on the front line,” he repeated in an interview in Lo de Évole (La Sexta), the first one he offers after leaving Moncloa before his new job assignment that, among other tasks, will take you to write weekly in La Vanguardia.

Redondo wanted to convey to Jordi Évole his story about what happened, especially about his departure from Moncloa. What has been the great decision of your life? “Leave”, has assured. “It is important to know how to win, know how to lose, know how to stop,” said Sánchez’s former chief of staff, who explained that at the end of May the president offered him a ministry and that he rejected it. According to his testimony, it was not the first time that it had happened, Sánchez, he said, proposed him to enter the government in June 2018, after the vote of censure was successful: “He offered me to be a minister when we won the vote of censure. I never I have seen myself in that position, I have been where I could be, I wanted to be and I had prepared myself to be “.

Redondo’s version differs from the one issued by Moncloa after his dismissal. Then, he made sure that it was the advisor who had asked for a ministry with great competencies and that Sánchez said no. In his talk with the Catalan journalist, Redondo also defended that it was he who chose to leave on the same Saturday, July 10, in which the president attacked the government crisis. A version that contradicts his schedule for that day, in which he had plans in Extremadura that he had to cancel throughout the morning, as published by elDiario.es.

Another of the messages that Redondo insisted on transferring in La Sexta is that he continues “in contact” with the president, with whom he has assured that he has a “sacred” relationship. “I let the president into my life and he, into his,” he explained. “I have tried to give you everything that they have not been able to give you and he has given me what others have not been able to give me. We have talked about it. everything”. At one point Évole asked him if he thinks Sánchez has been jealous of him. “I think not,” he replied, before assuring that he maintains friendship with the current ministers.

Whoever defended in Parliament that he would be thrown into a “ravine” by his boss and predicted that he would be with the president “until the end”, could not explain why a month and a half after pronouncing that phrase in Congress, he decided of his own free will abandon ship, as his story insists. He alluded to “emptying”, but left those supposed motives up in the air. In the talk he has cultivated the mystery, especially when the journalist asked him about the authorship of some of the president’s most famous phrases. He has avoided attributing specific moments of the president’s action, such as the phrase in which he invited Mariano Rajoy to resign during the debate on the motion of no confidence, which he glossed as one of Sánchez’s milestones, or that he would not sleep as president if members of United We can manage powers over Energy or Finance. And he has attributed some of Sánchez’s turns, in matters such as the relationship with Podemos or the independentistas, to the fact that political moments change.

He has also chosen to put himself in profile before some of the errors attributed to him in Ferraz, such as the electoral repetition of 10N in which his calculations were that the Socialists would increase about twenty seats at the expense of United We Can and Citizens and, on the contrary , three fell. He has even denied having a bad relationship with some members of the Government, such as Carmen Calvo, despite the fact that tensions with the party have been a constant during his term.

He has also distanced himself from the play in the Region of Murcia with which the Socialists agreed with Ciudadanos to seize power from the PP and was frustrated by the transfuguismo of three deputies from the party of Inés Arrimadas. He has assured that he found out about the operation the same day and that it surprised him: “It was striking because it seemed like a bold move, then it did not work and I did not participate.” “Until then I had participated (…). For that decision they did not want to have my opinion. I was surprised.” Asked if he was outraged that the current Minister of the Presidency, Félix Bolaños, with whom he no longer had a good relationship at that time, did not inform him before, he replied: “He does what he has to do. report and less in a matter of party. The reality is that. ” Redondo, however, made it clear to some journalists at first that he was aware of this motion and that the pieces after Murcia would cascade down.

The advisor who has always been in the shadows in Moncloa and about whom a book will be published in the coming weeks, has disassociated himself from the electoral strategy of the Madrid elections of the 4M in which the Socialists fell to third position, behind Ayuso and Más Madrid. He has assured that his work was practically “personal” due to his friendship with Ángel Gabilondo given his institutional position in Moncloa – despite the fact that in the Catalan women he moved to Barcelona for a week and that the candidate, Salvador Illa, came to give him the thanks for the direction of the campaign. Redondo has assured that he warned the Madrid Socialists that they only had a 1% chance of winning. “Politics is a bit like Formula 1. My job is to be an engineer. Sometimes the car does not go. You can have a great driver and he will not go,” he explained, before clarifying that the metaphor of the car He did not refer to Gabilondo, who had won those same elections two years earlier.

Redondo has been unmarked and downplayed all the importance of Sánchez’s frustrated meeting with Joe Biden, which was sold from Moncloa as an important meeting of both leaders that he, in his capacity as chief of staff, had closed with his American counterpart, Ron Klain , and that ended up being a greeting of a few seconds down a corridor. “My incidence in this type of actions that have to do with foreign policy is quite minimal. It is a contact between presidents,” he explained.

The one who has been a strategist in the last electoral campaigns of the PSOE has denied having used the fear of Vox as an incentive for the left to vote, despite the fact that he himself prescribes appealing to emotions such as fear, rejection and hope in the electoral contests.

Convinced that Yolanda Díaz can improve “a lot” the results of United We Can if he presents himself with a “platform” with various organizations to the left of the PSOE, although he has assured that he will vote for Sánchez. And he has said goodbye with a declaration of intent. “I’m not going to go to the PP, take it for granted,” said who before being with Sánchez was part of the Government of José Antonio Monago in Extremadura and having raised Xavier García Albiol to the mayor of Badalona.