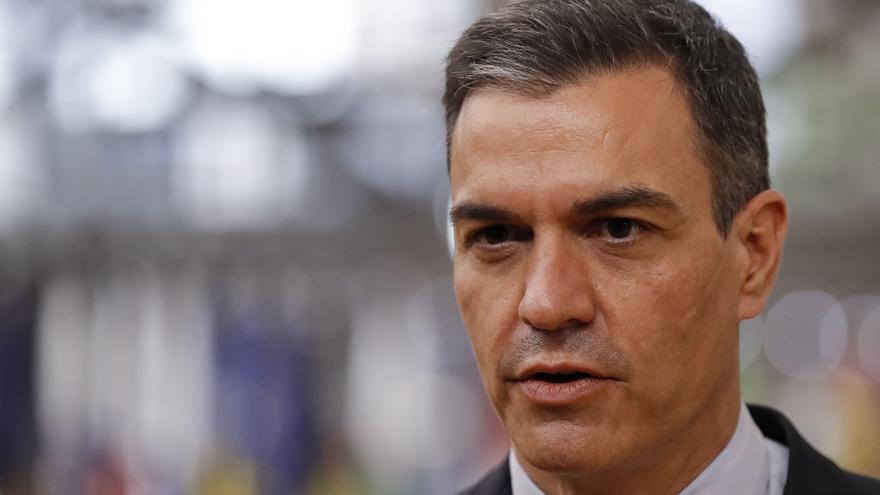 Pedro Sánchez is committed to "constitutional principles" such as "concord, understanding or dialogue" when granting pardons to pro-independence leaders condemned by the you process. At the gates of the Supreme Court issuing its report on the requests for government pardon for the pro-independence leaders, which is expected to be unfavorable as that of the Prosecutor's Office, the President of the Government takes another step by paving the way to grant it in favor of dialogue and against "revenge and revenge".

"I supported the Government of Spain in 2017 with the 155, which suspended autonomy, to defend the territorial integrity of the country because it was a matter of State. I am very clear that the decision I make will have values ​​such as harmony in mind, dialogue, understanding, overcoming a crisis that tore apart society in 2017 ... Those constitutional principles and values ​​will be the ones that will weigh for me in the decision taken by the Government in the Council of Ministers. Which for me are not constitutional principles they are revenge or revenge, "Sánchez summarized.

During a press conference in Brussels, the president has made it clear that his bet is to move forward and leave the "fractures" behind. "We all have to look to the future, learn from mistakes and embrace constitutional values ​​of harmony. Not get caught up in revenge and revenge," he said. "It is important to look to the future, learn from mistakes, and that in the Constitution there is no revenge or revenge, there is dialogue, respect, and the vocation to overcome fractures, to meet again. This is what the Government of Spain ", has anticipated in response to a journalist who has asked him about his change of position given that in 2019, in the middle of the electoral campaign, he discarded the pardons and opted for full compliance with the sentences.

First meeting with Aragonès and then dialogue table

In the Government they assume the political cost of granting pardons and Sánchez has shown himself determined to promote the dialogue that he agreed with ERC for his investiture. In fact, he has assured that he will receive the President of the Government, Pere Aragonès, in Moncloa, as established in the protocol [ha dicho que también lo hará con Isabel Díaz Ayuso cuando sea investida], and has specified that this meeting will be prior to the Government and the Generalitat resuming the dialogue table. "We want to promote the reunion between Catalans and the rest of the compatriots and we will celebrate the table when possible," said Sánchez, who has advocated that there be a table of parties also in Catalonia, as the PSC proposed with little success in the previous legislature . Sánchez has warned that there are many Catalans who do not share the pro-independence project and that this dialogue between Catalans "must be practiced in their own parliaments."

The president has appeared in Brussels at the end of the meeting of the European Council in which the leaders have proposed to review the travel restrictions before the summer campaign. "We have talked about the review for travelers from third countries, which has been modified by the European Commission and is good news for our country and for Europe," said Sánchez, who also has held the digital certificate which he has defined as a "very important milestone for Spain as a tourist destination and to recover mobility between the different member states".

But Sánchez began by talking about the hijacking of the plane hijacked by Belarus, an "unacceptable and unprecedented attack", and explained that sanctions have been imposed as well as the release of the detainees, including the journalist Roman Protasevich and his partner, Sofia Sapega. The EU has tightened its sanctions and closed the airspace. "One of the points that we also discussed was to begin to reflect on the type of strategic relationship that Europe must have with Russia," he said.

Sánchez has assured that at the dinner with the European leaders he had the opportunity to explain the crisis with Morocco that broke out last week when the Alawite kingdom let some 8,000 people pass in Ceuta as a reprimand for the leader's reception in a hospital in Logroño from the Polisario Front, Brahim Ghali, suffering from coronavirus and cancer. Still, the president has insisted on Spain's intention to maintain a good relationship with Morocco. "Spain throughout these years, with previous presidents, we have had our difficulties but a constructive look has always prevailed with Morocco and as members of the EU as well. Always based on two pillars: trust between two countries and entities such as Morocco and the EU, and respect for territorial integrity and the borders that we all endow ourselves with, "he asserted. Regarding the conflict in the Middle East, he said that the EU leaders celebrate the ceasefire, but see it as "insufficient" and therefore insisted on the need for a solution for both parties.

On climate change, Sánchez has admitted that there are "discrepancies" within the EU, but that the 55% reduction in emissions is maintained by 2030. "Last December, the EU set an ambitious course followed by other countries, like the US and Japan, and Europe cannot lose the vanguard character with regard to climate change ", he pointed out.