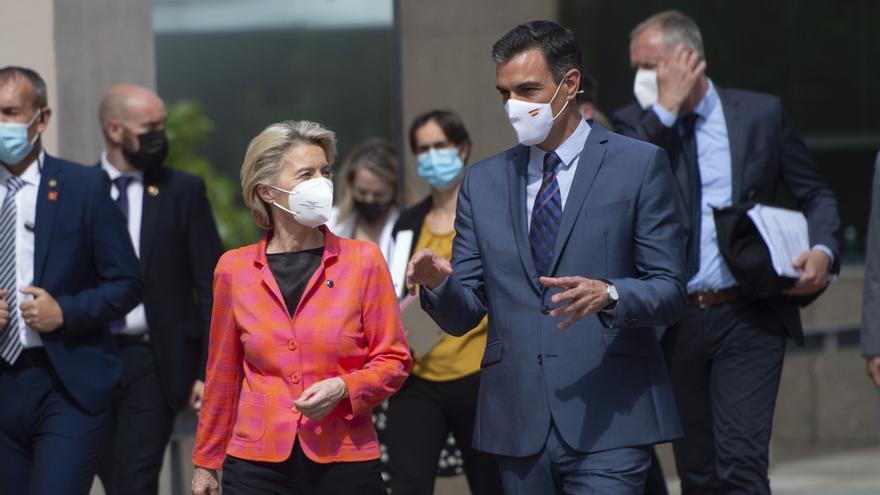 Pedro Sánchez has cooled the possibility of raising the Interprofessional Minimum Wage in 2021 before the battle that is now opening within the coalition government after the committee of experts mandated by the Ministry of Labor has completed the report on the growth that must occur to achieve the goal of reaching 60% of the average salary in Spain, which is what the European Social Charter marks and the commitment of the Executive for this legislature. The positions are divergent in the economic ministries: Nadia Calviño intends to keep it frozen while Yolanda Díaz aspires to increase this year in the face of price growth. The president has tipped the balance towards the former, although he has left the matter open for social dialogue.

"Right now what is relevant is the creation of employment and the consolidation of economic growth," said Sánchez, following the argument of the economic vice president. "We are going to speak with the social agents, but the main objective of the Government is to consolidate the economic recovery, consolidate the extraordinary data of affiliation to Social Security and recover lost employment," added the president in a press conference with the President of the European Commission, Ursula Von der Layen, who has traveled to Spain to formalize the approval of the recovery, transformation and resilience plan with which the 69,000 million European funds will be invested.

Sánchez has taken the opportunity to "claim" that his is the government that has raised the SMI the most. Since he is in Moncloa it has gone from 735.9 euros per month to the current 950 euros. The goal is to reach around 1,200 euros per month, which is the average salary in Spain. That is the government's commitment. Where there are divergences is in the deadlines in which the corresponding increases must be undertaken to reach that figure. The socialist part of the cabinet is inclined to leave it as it is and increase it in 2022 and 2023, while Unidos Podemos wants the first increase to be imminent.

The debate on the rise in the SMI already took place at the end of 2020 and Sánchez decided not to raise it. At that time, the Government assured that the possibility of raising the SMI will be studied again in the second half of this year to assess whether economic conditions advise it.