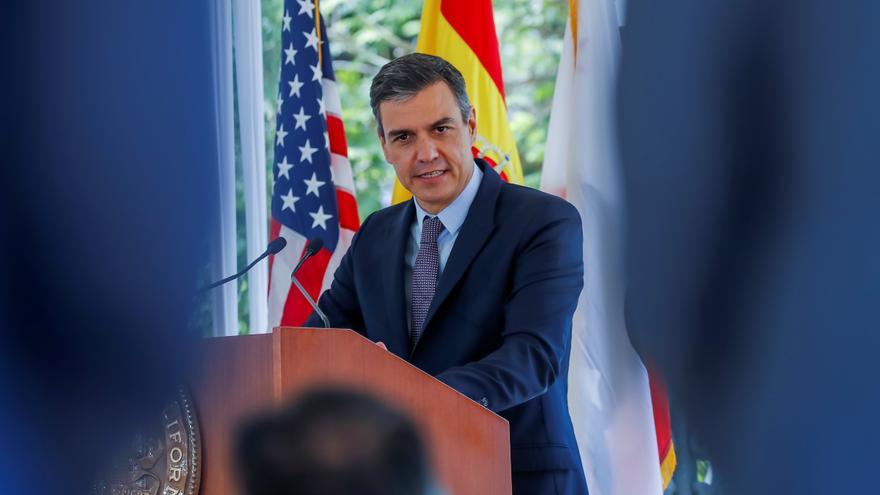 The President of the Government, Pedro Sánchez, has defended this Thursday in the United States the need for Cuba to undertake “without interference from anyone” reforms and transformations to “be able to enjoy rights and freedoms”, and has criticized the US embargo on the island. by ensuring that the fall in tourism in the Caribbean country due to Covid has been even more “terrible” due to this circumstance.

This has been assured in an interview on CNN in Spanish during the second day of his American tour to attract investment; an interview, collected by Europa Press, in which, however, he did not want to comment on the new sanctions that the US has imposed on Cuban authorities for the “repression” of the protests that began on the island on July 11.

In this regard, Sánchez has shown his “absolute respect” for these sanctions, ensuring that it is an “internal matter of US policy.” However, he went on to add that the position of Spain and the European Union is “well known”, and it involves asking Cuba for reforms to advance “rights and freedoms”, but “without interference.”

In an informal conversation with journalists this Wednesday in New York, Sánchez recalled that this position also involves rejecting the embargo, and that all the governments in Spain of the PSOE or the PP have aligned themselves with it.

Call for solidarity from the international community

A day later, Sánchez has verbalized his discrepancies with this measure, assuring that the “terrible” situation of the tourism sector in Cuba has been worsened by the embargo. Specifically, Sánchez has indicated that the protests that are taking place must be analyzed from a “global” perspective and be “aware that the coronavirus” is hitting the island very hard and that, therefore, “they need the solidarity of the International Community “, for example, in the form of vaccines.

“This has a translation in a fundamental sector, even more as a consequence of the embargo, which is the tourism sector, which in Cuba suffers terrible consequences,” he added, criticizing the embargo.

In addition, he stressed that he himself has asked Cuba to undertake reforms and transformations, while making it clear that these must be carried out “without interference from anyone,” so that Cubans can “by themselves” find “their way to be able to enjoy rights and freedoms “that in Spain are already enjoyed” for many years.

“There are many aspects behind the mobilizations. The International Community must exercise solidarity with the Cuban people, donating doses of vaccines and helping to protect society in Cuba,” he added.