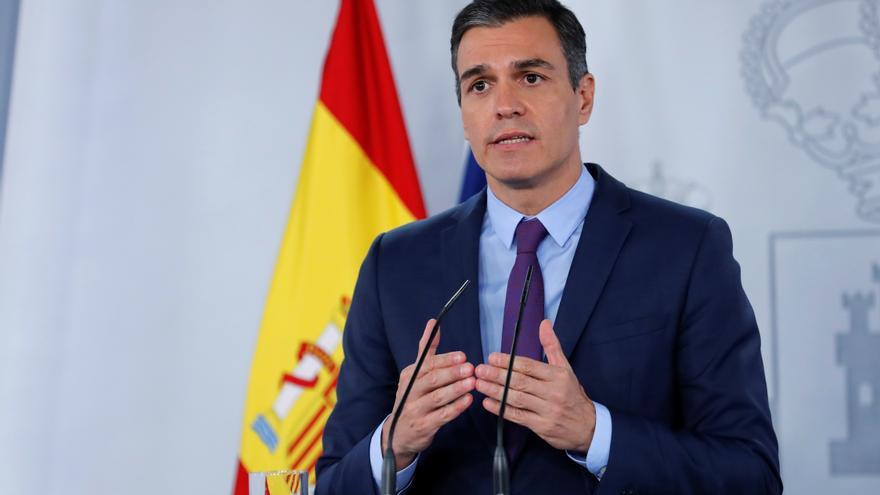 The President of the Government, Pedro Sánchez, has assured this Tuesday "not having the information" on the whereabouts of Juan Carlos I after his departure outside Spain announced yesterday by the Royal HouseholdBut he wanted to make clear his commitment to the Spanish monarchy, considering that in investigations into the king emeritus "institutions are not judged, people are judged." Asked repeatedly if he knows the country to which the king emeritus has traveled and if the chief executive does not care where he has moved, Sánchez has said: "The most important thing is that Juan Carlos has said that he makes himself available to the Prosecutor's Office and Justice. "

Sánchez has publicly endorsed the decision taken by the monarch, announcing his departure from the country. "Spain needs stability and robust institutions, and these have to be paid with exemplary, transparency and regeneration. The line marked by the Royal Household is considered to be the appropriate one," he said. Then, he wanted to highlight his support for the monarchy: "The Government that I preside considers the constitutional pact fully in force."

However, Sánchez has avoided specifying the role that the Executive has played in the decision of the King Emeritus. "The affairs of the offices between the head of state and the Prime Minister are discreet and confidential. We respect the decision made by the Royal Household because it marks distances on a series of behaviors that may be capable of being classified as irregular. Nothing more than add, "said Sánchez.

"The PSOE is the only party that remains alive from that pact of 78. We are the architects of the Constitution. That is why I vindicate it," he said, downplaying the differences over the monarchy with United We Can, which has been very critical. with the decision of the king emeritus and has even asked to open the constitutional melon of the state form, with a debate between the monarchy and the republic, to the question of why he did not inform his coalition partner of the decision of the king emeritus to abandon the In the country, Sánchez has not given details, alleging that the conversations he maintains with the head of state, Felipe VI, are "discreet."

During the press conference after the Council of Ministers, Sánchez stressed that the Government and he as president express "their absolute respect for the decisions they have made at the Royal Household, since they are behind the decision" which, according to what they have explained , seeks to "distance itself from alleged questionable and reprehensible conduct by a member of the Royal Household" and "from facts that may be the subject of judicial investigation."

Asked if the State continues to cover the security of Juan Carlos I once outside Spain, Sánchez has limited himself to pointing out that the items dedicated to the Royal House are contained in the General State Budgets, but he has not clarified whether the King Emeritus continues to receive State protection. "There are all the contributions and all the financing of the Royal House", he remarked.

With these words, the President of the Government expressed himself on Tuesday after the last Council of Ministers of the political course, and less than 24 hours after the Royal House issued a statement announcing the departure of Juan Carlos I outside Spain.

Tags: Charles, ensures, i, institutions, Juan, judge, monarchy, no, persons, Sanchez, stresses, support for, They are