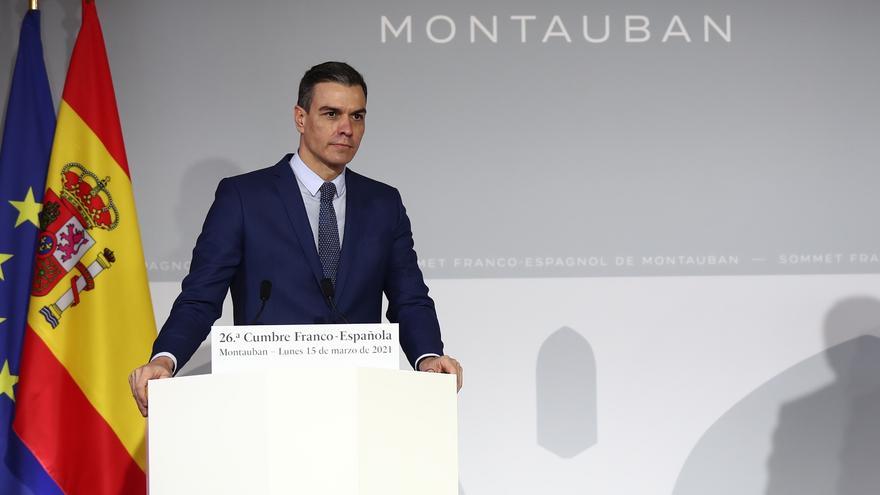 And the Ides of March arrived, the one of March 15, dedicated to the god of war Mars, the month of Martius for the Romans. Those days of good news until Julius Caesar was assassinated, despite being warned of the danger that threatened him. He ignored it and that March 15 was stained with blood. Then Shakespeare, recreating the conspiracy that ended with the president’s assassination, coined the phrase: “Beware of the Ides of March!”

Isabel Díaz Ayuso could be the Julius Caesar of the 21st century. The PP has warned him on several occasions of the danger of advancing elections and he has ignored it. Or it can be Pablo Iglesias. Or Pedro Sánchez. Or, with more tickets in the raffle than anyone else, Inés Arrimadas. It is too early to risk the end of this war of all against all because the ides of March are not over yet and because Spanish politics lacks energy and has plenty of fanaticism. Everything is tacticism and everything is blown up on more occasions than necessary in times of pandemic. Pandemic? It is no longer the first, nor the second, nor the third screen. First it was Murcia, then Madrid and now Spain. The “Murcian earthquake” and “political cannibalism” (as José Luis Ábalos has said) have turned everything into shock, instability and spectacle.

When on Friday we thought we had all the answers about the scope of the operation of transfuguismo with which the PP stopped the motion of censure of oranges and socialists in Murcia and on Saturday we learned by the TSJM that on May 4 the people of Madrid would go to the polls, on Monday we had breakfast with a new script twist. This time from Pablo Iglesias. The United We can leader announced on social networks his departure from the Government of Pedro Sánchez. Not to go home, but to challenge Isabel Díaz Ayuso for the presidency of the Community of Madrid. Bombshell !!!!!

The last stroke of audacity

The movement revealed several issues. One, the true risk of the disappearance of United We can that the polls had predicted if there was not a coup on the part of the ‘purple ones’. Two, the will of Iglesias to mark the path through which the replacement of his leadership must travel, by imposing Yolanda Díaz as second vice president of the Government and next candidate of the general formation. Three, that the secretary general of Podemos is a better strategist than vice president. And, fourth, it is certified with all this that politics is not an art or a science, but the last stroke of audacity to confuse the contrary with a thousand tricks and deceptions.

Iglesias tries to resolve in this way, not only his political future, but also outlines a solution to the future leadership of his party and adds tension to the elections that Isabel Díaz Ayuso has called as a plebiscite. “In politics, you have to have the courage to fight the battles you have to fight,” he said after assuring that “bipartisanship will not return, but democracy is threatened by a new right trumpist, well located in the deep state and driven by enormous economic and media powers “.

In an election that the vice president believes to be decisive, “there is another political and ethical duty that history imposes on all of us who are from Madrid and on the left,” which is the unity of the left. Hence, he has offered Más Madrid to participate in a single list, which would force a reunion with his former number two, Iñigo Errejón. We will see … “I am aware that it will not be easy, that there are many scars, but what we are at stake, democracy, health, the education of our children, is important enough for us to be able to the height and to try that unity that all the people on the left are asking of us, “said the still second vice president. Only a very small group of the “morados” were aware of Iglesias’ decision who, since last Wednesday, when Ayuso announced early elections, began to plot the move that, without a doubt, will have profound consequences in Madrid politics but also in the Spanish.

Iglesias plays it all or nothing. On the one hand, it magnifies Díaz Ayuso and further polarizes a campaign, in which United We Can and its presence in the Government of Spain was the black beast of the Spanish right and far right. “The Spanish owe me one. We have removed Pablo Iglesias from La Moncloa”, affirmed a grown Madrid president, whose team is delighted that the vice president of the Government of Spain comes down to the Madrid arena to measure himself against it.

If he succeeds with the ruse for an unmotivated and fragmented left from Madrid, the leader of the purple ones will score the goal of having recovered a territory that has been in the hands of the right for 25 years. If he errs, not only will he have left the Government of Spain, but he will be completely out of institutional politics. The question is whether this will definitively withdraw him from the political universe or would he dedicate himself from the outside to opposing and preparing the definitive departure from the La Moncloa dwellings, which would also precipitate an advance of the generals. This is a scenario that they do not rule out in the PSOE and neither in some government sources, who believe that the departure of the leader of Podemos will serve to “gain institutionalism and reduce anger”, although they do not rule out that if “the madrileño madrileño” Iglesias is lost make opposition from outside.

Be that as it may, no one knew about his play. Not even Pedro Sánchez, who at 9.30 a.m. on Monday before taking the plane to France to pay tribute, together with Macron, to Azaña in a symbolic summit in Montauban, had no information about what his second vice president was up to, who I would inform you a few minutes before making your decision public throught social media. Nor were even the ministers of Podemos aware. The news startled both locals and strangers, and the PSOE fell like a jug of cold water. Not because of the esteem they profess for their government partners, but because of their fondness for the big game, as well as for not having previously reported it.

“Nothing is closed until the BOE says so”

They also did not like the ways in which Iglesias put Sánchez before a plate of lentils, which he was forced to eat. Yolanda Díaz, as second vice president and Ione Belarra, as minister of the 2030 Agenda. One ahead in the order of protocol for Nadia Calviño, her main enemy within the Government. The other, the one that has most confronted with all the socialist ministers of the Executive. With Calvo, with Robles, with Ábalos, with Escrivá, with Montero, with Calviño. There is not a minister who has escaped the criticism of the so far secretary of state and her sharp tweets. Hence, there are more misgivings with his likely appointment than with that of Díaz. Even so, the Prime Minister believes, according to La Moncloa, that accepting Iglesias’ proposal will reduce the internal tension of the coalition. Others say that the appointment of Díaz as second vice president will add fuel to the fire in the open battle between his Ministry and the economic area of ​​the government headed by Nadia Calviño. In any case, they warn: “Nothing is closed until the BOE says so. Today it will be, but the president will have to return from France, sit down, think, decide and execute.”

The foreseeable thing is that Pedro Sánchez, according to his collaborators, “does not want to remove the board or cause more instability than we already have” and accept without further ado the telephone proposal made by his vice president. Be it one way or another, until May, in any case the policy will go into pause. And, depending on the results of Madrid, it will be seen “if a more far-reaching government crisis, a breakdown of the coalition or anticipated ones is appropriate,” add the same interlocutors.

What nobody denies is that in addition to shaking the Madrid board, Iglesias has also removed that of the Executive and at the same time the fate of his own formation. All on a Monday morning, by the way, where the informative attention was on Ciudadanos, that party that decided to commit suicide some time ago at the hand of Albert Rivera and that now, from Inés Arrimadas, prepares the funeral of the formation after that the PP has decided to remove his livers.

And tomorrow? Tomorrow, it will be seen. Everything is possible in this maddened politics.