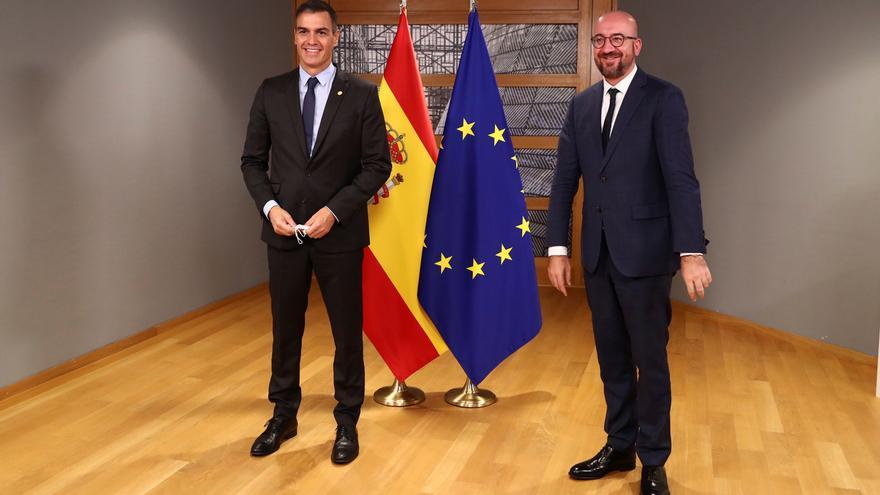 The central government has been trying for days to find a way for the Executive of Isabel Díaz Ayuso to strengthen measures against the covid pandemic. This Thursday the regional president of Madrid has announced that she will comply with what the Ministry of Health asks of her, but that does not mean that she will stop taking the instructions to the courts.

The President of the Government, Pedro Sánchez, has intervened in the conflict upon his arrival at the European Council in Brussels, where EU leaders meet this Thursday and Friday. And, in a statement upon his arrival, he stated: “The pandemic has to move away from the partisan debate, we only have one enemy, which is the covid and we have to pitch in, base ourselves on science, on the technical criteria of the excellent health professionals that we have in Spain and, from there, beat the covid together “.

Sánchez also added: “This is what I am proposing to the regional governments. And that is the position that the Government of Spain has maintained to face the pandemic.”

Sánchez also took advantage of the start of the European summit to hurry the European Parliament in processing the reconstruction fund: “I would like to urge the European Parliament to approve the multiannual financial framework and also the recovery plan as soon as possible, because that It will mean that we can implement this whole plan over the next year, with all the guarantees and in due time. ”

Germany, for its part, has been warning for days of the problems to finish closing the anti-crisis fund and the multi-annual budgets of the EU. And now it says that the blockade is likely to lead to an “unavoidable delay” with “consequences for the EU’s recovery.” This is how bluntly the ambassador of Germany, the country to which the presidency of the EU corresponds, to the community institutions. This Thursday and Friday the leaders of the EU meet mainly to discuss the international agenda, but diplomatic sources confirm that the matter will be present in the “environment and heads of the leaders.”

“Spain has been working in recent months to implement this recovery plan as soon as possible to present it to the European Commission. We are going to do it in the coming weeks,” Sánchez announced: Brussels allows national plans to be presented from October 15, when Member States have to send their draft budgets.

And what are the axes of those Spanish reform plans that you will present to be financed by Brussels? “We have to bet on the green transition, on the digital transition, on consolidating social cohesion and territorial cohesion, and on the gender impact of this crisis”

According to Sánchez, these “will be the axes around which the Government of Spain will design that recovery plan that we will present to the Autonomous Communities at that Conference of Presidents that at the end of October we will celebrate for the first time in history with the president of the European Comission”.