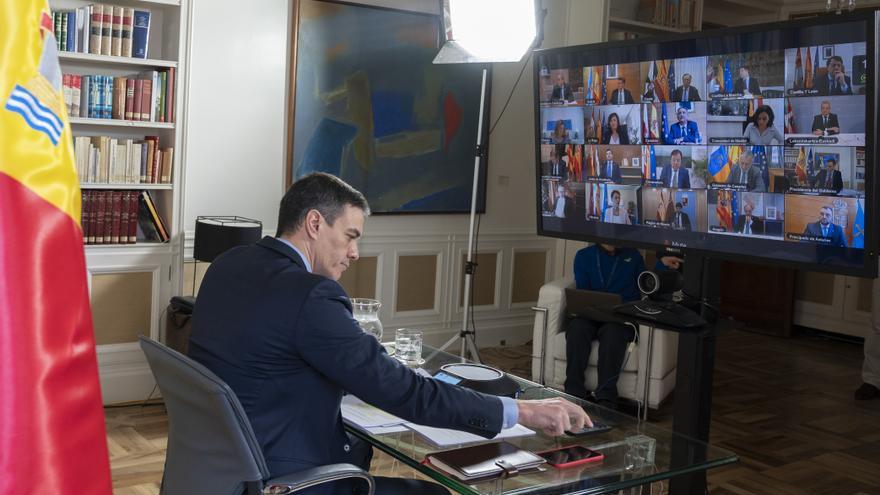 The President of the Government, Pedro Sánchez, has sent this Thursday a letter to the president of the Community of Madrid, Isabel Díaz Ayuso, requesting a meeting “in view of the evolution” of the pandemic in the region, which is the one that registers a greater number of infections and deaths in recent weeks and that it has been proposed to tighten the measures against the virus.

In the letter, Sánchez considers “essential to reinforce the co-governance mechanisms to complement the efforts and means” already put in place by the Community of Madrid. “I would like to have the opportunity to jointly study how to reinforce the efforts and means that the Government can contribute in order to overcome as soon as possible the critical moments that the region is going through for the benefit of its citizens,” the Chief Executive said in his letter .

The president has indicated that in order to address these issues ‘in situ’ he will be “delighted” to travel to the offices of the regional Presidency, in the Royal Post Office. “If that’s okay with you, our teams can start working on a meeting as soon as possible,” he added.

Last week it was Ayuso herself who asked Sánchez for a meeting to address the situation in the region. And, this Thursday, as soon as she heard the president’s letter, the Madrid leader posted a tweet rejoicing in the offer. “The Community of Madrid has been alone for too long. I am pleased that the Prime Minister finally agrees to meet with me,” he said.

This morning, the vice president of the Community of Madrid, Ignacio Aguado, made an appeal to the Executive of Pedro Sánchez for him to “forcefully get involved” in the control of the epidemic in Madrid, a petition, he said, that he had transferred to the regional president.

“Does anyone think that a pandemic is going to be solved only with a regional government?” “It is impossible to end an epidemic of these characteristics from a regional government, lamented the regional vice president of the autonomous community who pressed the most for the state of alarm to end and who in the de-escalation criticized the criteria of the central government for not giving the change phase asking for autonomy to manage the pandemic because it was the Executive of Madrid who knew what was best for the citizens.