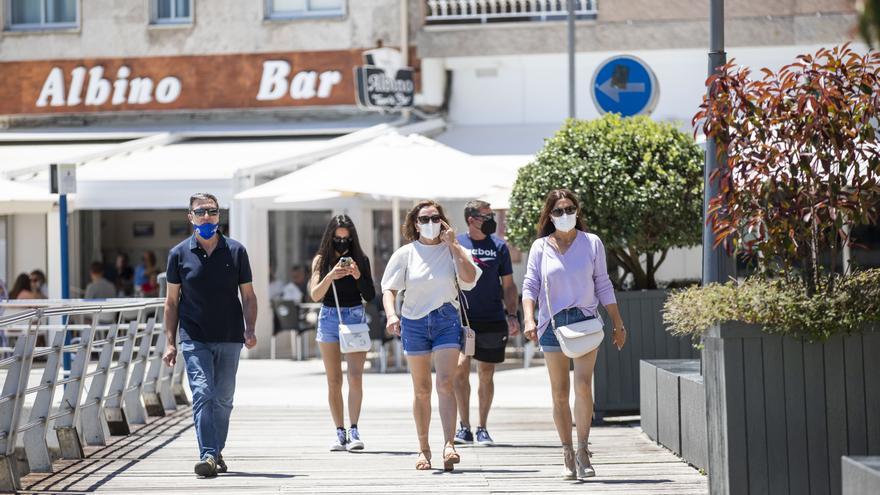 June 26th. It is the date that Pedro Sánchez has marked for the end of the mandatory use of masks in outdoor spaces. It is a milestone that brings the end of the COVID-19 pandemic even closer at a time when the rate of vaccination has accelerated considerably and 13 million people are on the full schedule. The Government’s objective is to achieve group immunity in August, when 70% of the immunized population is achieved. But first there will be an important image: citizens on the street without masks a year later. Other neighboring countries, such as France, have also adopted that decision in recent days. “This will be the last weekend with a mask in the open air,” Sánchez has proclaimed.

The president has explained that he will convene an extraordinary meeting of the Council of Ministers next Thursday to formally approve that decision, which will be in the form of a decree law that will have to be validated by Congress in July, as socialist sources explained to elDiario.es. Within the Interterritorial Health Council there was a certain consensus to eliminate the mandatory nature of masks for the summer – some presidents such as the Castilian-Manchego, Emiliano García-Page, had already proposed it – but Health did not formally include it in the order of the day. Sánchez anticipated on Wednesday that the step would be taken “soon,” but the announcement has been saved for a business forum.

“Progressively the masks will begin to fall”, explained Sánchez in an intervention at the Cercle d’Economía in Barcelona, ​​which began by launching a message of optimism about the economic recovery. “The joy of living of Spanish and Catalan society is that of public officials,” said the president, who recalled that they are “meeting point by point all milestones and objectives” set by the Government.

Sánchez, who has received significant support from businessmen at the annual summit of the Catalan employers’ association, has referred to the words expressed by some of them at that meeting, such as the CEO of Banco Santander, Ana Patricia Botín, who said that Spain “is going to leave” in reference to the economic recovery. “This time the optimists are going to be right and they may even fall short,” said the president, who believes that the country may even exceed initial forecasts. Sánchez, who feels supported by the economic figures and job creation, has expressed that growth will be “spectacular.”