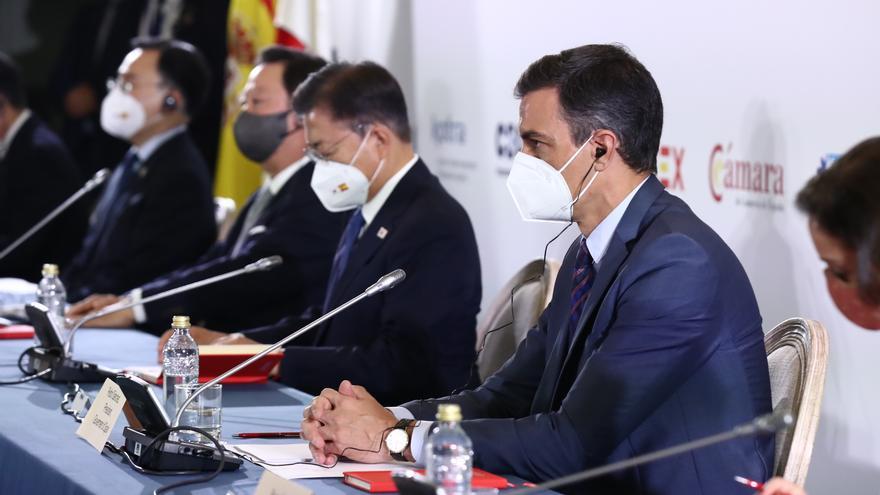 The President of the Government announced this Wednesday that “soon” the masks will be abandoned in the street. Thus, Pedro Sánchez recalled that the country has reached “cruising speed” in vaccination: “Last week we administered more than 3.5 million doses, exceeding our historical vaccination capacity, which was already very high. “, has underlined.

Sánchez has also announced that “in a few days” the following milestone that the Executive had set will be fulfilled: having more than 15 million vaccinated with the complete guideline: “The roadmap is clear, it is being met and total vaccination is the bridge to full recovery. ”

Health has been analyzing with the communities for weeks the possibility of relaxing the use of masks. And they are supporters of it. The spokesman for Health, Fernando Simón, announced that it would be “soon”, perhaps this June or early July, but this week he did not dare to set a specific date. The negotiations are advanced, but the change in the rule must be articulated, because it will contain exceptions, such as when there are crowds or the physical distance cannot be maintained. The norm has been unified since March 2021, by an amendment by the PSOE to the decree of new normality, so that the communities cannot unilaterally lift the mandatory use of masks outdoors without distances. Before March 2021, they could have, although all the communities stipulated it as mandatory.

This Tuesday, finally, the Public Health Commission did not approve anything about the relaxation of the use of masks outdoors, as planned. Some autonomous communities had brought this topic to the meeting: Catalonia is one of the regions that has insisted that progress be made in this direction. His Minister of Health asked the Executive this week to modify the decree law to allow him to go down the street without his mouth covered. “If it were up to us, it would already be possible.” Josep Maria Argimon has advocated, for example, that it is no longer mandatory when a person goes alone on the street or when he does it in small groups already vaccinated or with his coexistence group. “It would be normal.”

The Community of Madrid has also positioned itself in favor of relaxing this measure. There, the acting Health Minister said Tuesday that he “sees it possible” to stop using the mask outdoors “towards the end of June.” Enrique Ruiz Escudero pointed out that the decision should be “of a national nature and with homogeneous criteria”, since the incidence is in similar figures in many communities.

Two weeks earlier, the president of Castilla-La Mancha, Emiliano García-Page, defended the abolition of the use of outdoor masks for the month of July and he insisted on it again this week: “We are at tremendous immunization levels. I remember at first the criticisms about whether the vaccination process was slow or not slow, but now things are running like clockwork,” he stressed to defend your position.