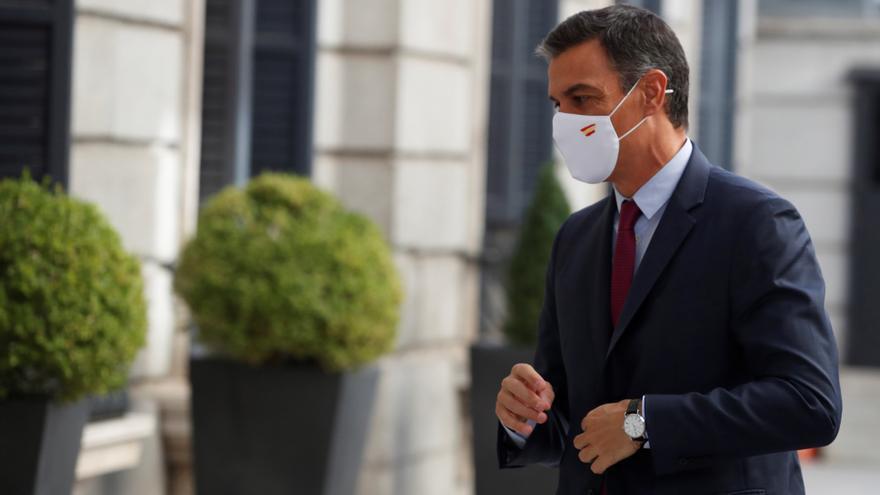 “There are energy companies that are making extraordinary profits. It does not seem acceptable to me insofar as it comes from the evolution of international market prices.” This is how Pedro Sánchez has ruled on the measures that the Council of Ministers will approve this Tuesday to try to alleviate the rise in electricity prices in the final bill of consumers. The president has assured that he will withdraw the “extraordinary benefits” of energy companies to redirect them to consumers to “face the rise in gas prices and reduce electricity bills,” as stated in an interview on TVE.

Among the measures that the Council of Ministers will approve this Tuesday to try to lower the electricity bill due to the rise in energy prices is the reduction from 5.1% to 0.5% of the electric energy tax and that will maintain the VAT reduction and the suspension of 7% of the electricity generation tax until the end of the year.

Sánchez has emphasized that it is necessary to distinguish between the evolution of the price of electricity in the international market, which is the one that is increasing every day in recent weeks, from the electricity bill that consumers pay at the end of the month. In the first case, the president has ensured that no government can do anything, but has ensured that it can intervene in aspects such as taxes so that the impact on citizens’ bills does not have that exponential growth.

Thus, he reiterated that his commitment is that consumers pay at the end of this year the same as they paid in 2018 -without counting the rise in the CPI-, which was when the price began to increase and he, as leader of the opposition, charged hard against Mariano Rajoy. Sánchez has defended that in the three years that he has been in power, he has already implemented measures to mitigate the effects of the rise in electricity prices in the international market: the commitment to renewables, the protection of vulnerable consumers – He recalled the decree law of the social shield that Congress has validated this Monday – and the reduction of some taxes, such as VAT and 7% of electricity generation.

The SMI will rise “as soon as possible”, although there is no agreement

Sánchez has also tried to settle the debate on the Interprofessional Minimum Wage (SMI) after the second vice president, Yolanda Díaz, has left the ball of the rise on the roof of the socialist part of the Government. The president has made it clear that the SMI will go up even though there is no agreement with the employer and has assured that it will do so in accordance with the parameters established in the report of the experts of the Ministry of Labor -in a range of between twelve and 19 euros this year- .

“Of course we are going to raise it and within the amount that the committee of experts has proposed to us,” said Sánchez, who has ensured that the increase will occur “as soon as possible” given that the “conditions” are in place for the recovery reaches all sectors. “We would have liked to do it with the bosses,” he asserted.

Regarding the dialogue table between the Government and the Generalitat to face the Catalan conflict, Sánchez has announced that he will be at the meeting to be held in Barcelona this Wednesday. His presence was a requirement of the President of the Government, Pere Aragonès, but Moncloa had not confirmed until now if he accepted that condition.

Finally, he will attend together with the Minister of Territorial Policy, Isabel Rodríguez; the Minister of the Presidency, Félix Bolaños; that of Cutura, Miquel Iceta; the vice-president Yolanda Díaz, and the head of Universities Manuel Castells, together with that of Transport, Raquel Sánchez. The appointment comes after the coup at the Government table when the project to expand the El Prat airport was paralyzed due to the disagreements in the Generalitat.

Asked if King Felipe VI will be present in Catalonia at the delivery of the offices to the new promotion of the judicial career, Sánchez has said that it is “appropriate” after the Government decided not to attend last year, when the event It coincided with the judicial decision to disqualify former President Quim Torra. Now the Executive considers that there is a new climate in Catalonia largely due to the normalization of relations between the Government and the Generalitat.