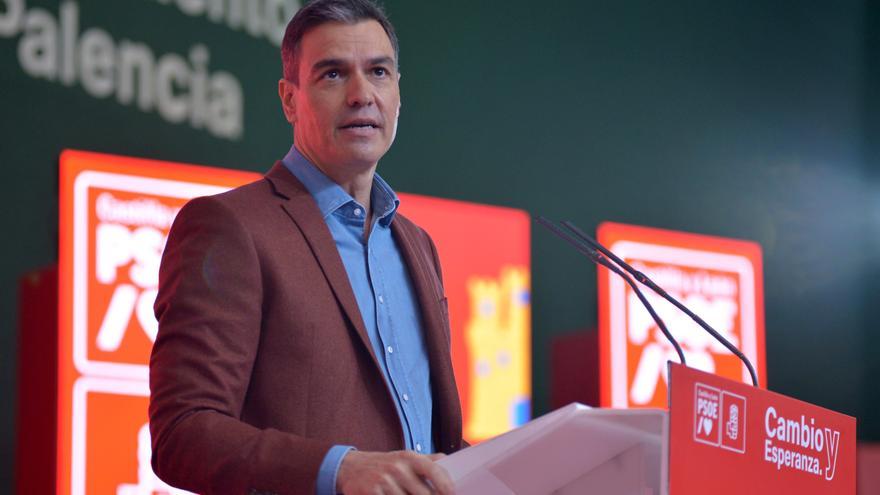 "The situation is not the same as a year ago." That is the maxim of Pedro Sánchez to explain the relaxation of the control measures of COVID-19, such as the reduction of quarantines for those infected or the new parameters for those of children in schools, and even to open the debate on the parameters with which coronavirus cases are counted, which has insisted that it is becoming an "endemic disease" leaving behind the pandemic that was declared almost two years ago. In the middle of the sixth wave - for which he expects the peak of infections to arrive in the "coming weeks" and begin to decrease after January -, the President of the Government has promised to control the prices of antigen tests, which they have skyrocketed in pharmacies in some parts of Spain.

"We will get involved with the control of antigen tests", he assured in an interview on Cadena SER in which he has promised to put his hand in the prices of those detection tools that have been shown to be fundamental in recent weeks before the collapse in primary care centers. What has been settled is the problem of shortage in the supply that existed in the days before the Christmas holidays and which has been called "bottlenecks" in the supply. What he has not explained is how he intends to introduce price control measures for antigen tests and what he has not been in favor of is their sale in supermarkets, as is the case in some European countries.

Another of the announcements that the president reserved for the start of the year is the purchase this January of 344,000 doses of the oral antiviral drug that Pfizer is developing and that reduces the possibility of hospitalization due to coronavirus by around 88%. "We have to evaluate the evolution of COVID towards an endemic disease of a pandemic, which is what we have experienced so far," insisted Sánchez, who assured that Spain has responded "positively to vaccination" and that now it is necessary to respond with "new instruments more linked to vaccination, masks, institutional support, the contribution of science or international solidarity.

Sánchez, who has been convinced that going back to the classroom will be "safe" as it happened in the middle of the pandemic and without having started the vaccination yet, has acknowledged that the high rates of vaccines allow even to open the debate on how to evaluate from now on the spread of the disease. Thus, asked if he is considering stopping counting infections and tests as up to now, he has acknowledged that it is an issue that the Government has been addressing "for weeks" with the technicians and that the Minister of Health, Carolina Darias, "is raising to European level". "Science has given us the answer to continue reducing infections," he began in his response before recalling that the fatality rate has dropped from 13% to 1%: "We have the conditions so that, with caution, little by little. Opening this debate at the technical level, at the level of health professionals and at the European level, let us begin to evaluate the evolution of the parameters of this disease in a different way than we have done so far. "

Despite the fact that Sánchez has insisted that he has been working on this issue for "weeks", he does not intend to summon the regional presidents with the periodicity of ten days to which he promised when the contagions exploded in December by the irruption of the omicron variant and has left it in the hands of those responsible for Health of the Government and the communities. Its intention is to convene again the leaders of the regional executives once electronically in January and that the ordinary Presidents Conference be held on La Palma in February.

Appeal to "common sense" to approve the labor reform

Sánchez has been convinced that he will be able to carry out the main challenge that lies ahead after the return of the Christmas break: the labor reform. Despite the fact that for now the Government does not have sufficient support since the partners have shown their distance with the text agreed with unions and employers, it has ensured that "there is common sense in the legislative branch, a majority of groups that do not they are going to prevent the validation of this important decree law ".

"I believe that the Cortes Generales have to validate and endorse a good decree law that is good for workers and businessmen. I ask the opposition to leave that denialist position and put the general interest first, "summarized the president, who also pursues the abstention of the PP, although he has not initiated any contact with Pablo Casado's party, which he has insistently demanded to abandon the "denialist opposition."

Aware that the coalition's parliamentary allies are demanding more ambition from the text of the new labor legislation, Sánchez has acknowledged that the Government would have liked to go further but has put the agreement with the employers first: “It is evident that it is not the labor reform that the Government had done, neither the employers, nor the unions; but we have yielded for the sake of an agreement that represents us all ”. "Where the blockade is is in the main opposition party," he insisted.