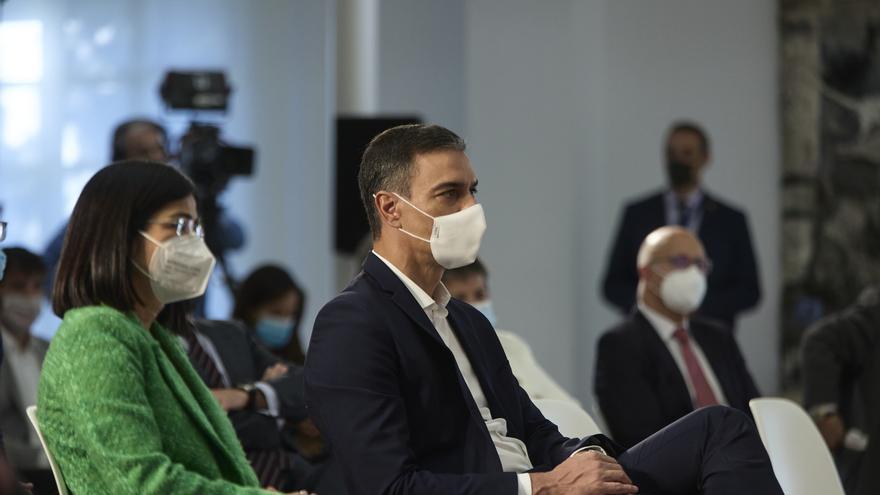 The President of the Government, Pedro Sánchez, announced this Saturday the creation of an ‘Action Plan 2021-2024. Mental health and COVID-19 ‘, endowed with 100 million euros, aimed at improving mental health care, raising awareness and fighting against stigmatization, preventing addictive behaviors, improving attention to the prevention and detection of suicidal behavior, with a 24-hour phone, and promote emotional well-being.

During the conference ‘Mental Health and COVID-19. Action Plan ‘, Sánchez has said in Moncloa, accompanied by the Minister of Health Carolina Darias and before people with mental health problems and suicide survivors, that living conditions, job insecurity, social exclusion and uncertainty in the face of The immediate future increases the risk of depression, anxiety and other of these problems. “Some mental illnesses affect much more people who have fewer resources and are more vulnerable to situations as dramatic as those we have experienced in this pandemic,” he said. “Our country had very large gaps before the pandemic, which have widened as a result of it,” he said.

The coronavirus, Sánchez insisted, has caused an increase in inequality and depression, but with different rates, affecting 32.7% compared to 17.1% of those who do not have resources with those who do. For this reason, he has defended the “need for a solid system of promotion and attention to mental health” because “no one is safe” and “a strong society is one that is well cohesive.”

The “concrete” actions that are carried out within the framework of this plan must be endorsed by the inter-territorial council, in which representatives of all the autonomous communities participate, who will be able to make their proposals. However, Sánchez has advanced this Saturday what will be the five lines of action that the Executive will put on the table.

In the first place, the president has indicated that part of those 100 million euros will be used to “improve mental health care, which must be of quality at all levels, both in hospital care and in primary care.” In this sense, the Government will bet on giving a “boost to training in mental health” and the incorporation of the specialty of child and adolescent psychiatry to health training, which will be added to the places already offered.

Before, Sánchez had given some data: in Spain, 5.8% of the population says they suffer from anxiety, a similar percentage to those who suffer from depression; between 2.5 and 3.5% suffer from a serious mental disorder, but more than half do not receive treatment; 13.2% of children between 4 and 14 years old are at risk of suffering some type of mental health problem and almost half of adolescents between 15 and 19 years old consider they have suffered it.

The Government plans to invest with this plan in the “promotion of emotional well-being”. “We are going to focus on childhood, adolescence and focus on the most vulnerable groups, the elderly, people with disabilities and women,” said Sánchez, who pointed out that women have been particularly affected. the pandemic, which adds to inequalities, job discrimination, responsibilities at home and caring for the family, and sexist violence.

A 24-hour phone to prevent suicide

In the act of this Saturday it was recalled that suicide has been the main cause of external death in 2019. That year, 3,671 people saw suicide as the only solution to the great suffering they were going through and they did. A figure that was already 3.7% more than the previous year. In this line, the Government will propose to the autonomous communities “to improve the prevention and detection of suicidal behavior” with the creation of a free telephone that operates 24 hours a day to offer professional information to affected people or their families and with the capacity to refer fast in crisis situations. It is a request that different associations aimed at promoting and improving mental health care have been demanding for some time.

Another of the pillars of this plan will be “to raise awareness and fight against stigmatization”. To do this, Sánchez has announced the launch of an “important campaign to make mental health problems visible and reduce the stigma” suffered by people who suffer from them. The World Health Organization (WHO) has long warned that this stigma around mental disorders and suicide “discourages many people from seeking help.” In addition, the plan will address the prevention of addictive behaviors “with or without substance”, explained the president, with a focus on those related to information and communication technologies, which especially affect the youngest.

Rodrigo Granda, former leader of the FARC, arrested in Mexico