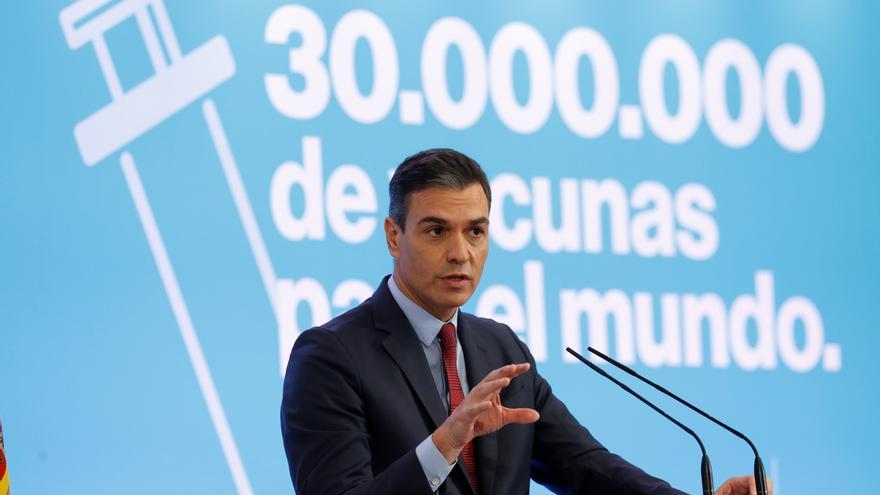 Pedro Sánchez has announced a plan for the digital transformation of Spanish SMEs from European funds until 2023. The one baptized by Moncloa as 'Digital Kit' will translate into a "digitization bonus" with which companies finance existing digital services in the market. The first call, as stated by the president at the inauguration of the Congress of Multinationals by Spain brand, will involve an investment of 500 million euros for companies with between 10 and 49 workers. From there, the range of target companies will expand according to their size.

The President of the Government has valued the "excellent position" that Spain has as a destination for foreign investment and has predicted that it will improve with the economic "horizon" to which it is heading with the recovery after the pandemic. The intention of the Executive in the recovery plan is for Spanish companies to be able to increase their size to increase their competitiveness in the global market, and the digitization program for SMEs and the self-employed is heading in that direction. The objective of the 'Digital Kit' is to reach one million SMEs and freelancers.

"The purpose is to involve all actors and actresses, especially companies. We cannot leave SMEs behind because they represent the bulk of employment and the business fabric," said the president during the inauguration of that congress.

"We have no time to lose," said Sánchez in his speech in which he boasted of the management data related to the recovery plan by ensuring that "more than 200 calls" of the programs sent to Brussels have been published. "We are from the countries that are at the forefront," he assured before assuring that 66% of the 24,000 million euros collected in the General State Budgets for 2021 is already committed.

"In the next three years an unprecedented modernization is going to be experienced", predicted the president, who has transferred the Executive's disposition "to count on the big multinationals", to which he has dedicated several praises at the end of his speech: " They are among the best defenders of our country outside our borders. There is no better claim to attract foreign investment than the experience and story of those who invested in our country. "