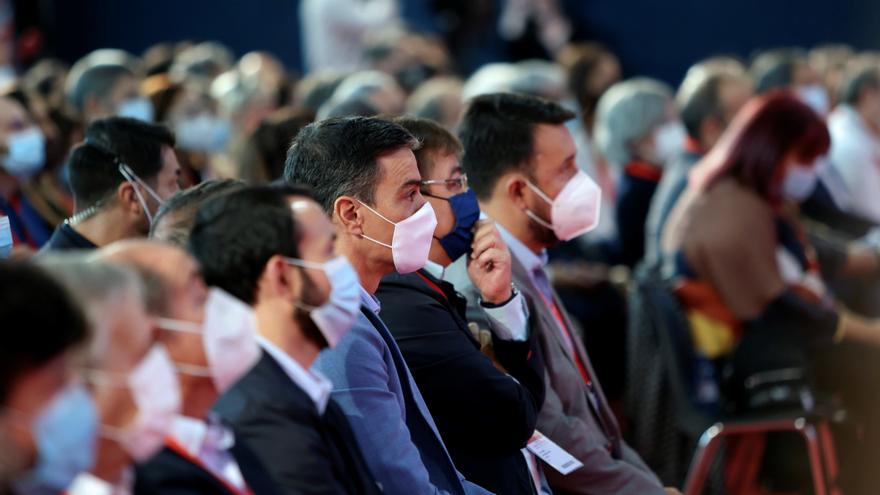 The President of the Government, Pedro Sánchez, announced this Sunday a plan of aid of 100 million euros for vulnerable households with which the Executive intends to alleviate, in part, the rise in the price of the wholesale market of electricity, which has been rising for months and that this day has again marked the most expensive sunday in history, with 213.29 euros per megawatt hour.

During the closing of the XIII Congress of Extremadura Socialists, who have re-elected Guillermo Fernández Vara as Secretary General, Sánchez explained that this measure will be approved next Tuesday in the Council of Ministers, through a Royal Decree in which, in addition of those additional 100 million euros “to help 1.2 million vulnerable households now that winter begins”, companies will be protected in order to maintain their contracts with electricity companies and “transparency and control” will be promoted in the prices of the electricity tariff.

The president has made no secret of his intention that the rise in the price of electricity be addressed at the European level. “In the European Council, thanks to the leadership of Spain, we have begun to raise the rise in energy prices,” said Sánchez, who has ensured that governments can “do things, but it is clear that things must be done by European level “because” the way prices are set is not working. “We will have to review it,” he said.

Along the same lines, Sánchez has acknowledged that the rhythms at the European level are “slower than what Spain would like”, but has shown that he is confident that a “community response” to the energy price crisis will be achieved. . “It’s Europe, it’s the times, we respect them,” insisted the Chief Executive, who has opted for joint negotiations with gas-producing countries, now that “other large economies, such as China, are competing.”

Meanwhile, Sánchez has assured that what the Government “is not going to do is not to do what we should do in Spain.” In this sense, he has referred to the royal decree law that will be approved on Tuesday by the Council of Ministers to compensate for the rise in the price of electricity to vulnerable households in the face of winter, to companies that are already being affected by the increase in the invoice and to all consumers indirectly.

The Government has already announced that it has other types of measures on the table, such as freezing the price of electricity for vulnerable consumers with a social bonus that would be borne by energy trading companies and, where appropriate, by the State, which They would be added to others that have already been implemented, such as the tax cuts approved in June or the deduction of income from electricity companies, among other. With these measures, the Executive intends to fulfill its commitment that Spanish households pay for electricity in 2021 the same as they paid in 2018.

In the Council of Ministers this Tuesday, Sánchez said, “the first Housing Law in the history of democracy will also be approved, in order to convert a right that is in the Constitution into a true right for our young people and those people. who feel excluded from buying or renting the home. ” This rule, which has generated friction among government partners because it does not limit rental prices, a demand from United We Can that has not been satisfied, will prohibit the allocation of social housing to speculative housing funds, which implies that “no public housing in our country will never be amortized again, “the chief executive has stated.

In addition, Sánchez has announced that of the 100,000 public housing units to be built in the next few years, 30,000 will go to rent for young people, for whom an aid of 250 euros for two years has been reserved in the budgets for those under 35 years of age ” they can emancipate themselves and start their life. ”

No references to the crisis in the coalition

In a speech full of references to social democracy and the progress in social matters piloted by the PSOE governments, as has become customary in recent interventions by different socialist leaders, Sánchez has avoided referring to the crisis within the coalition government to account of the labor reform and the complaint for prevarication announced by United We Can against the president of Congress, Meritxell Batet, for withdrawing the act of deputy to Alberto Rodríguez, as ordered by the Supreme Court after a conviction for kicking a policeman during a demonstration in 2014.