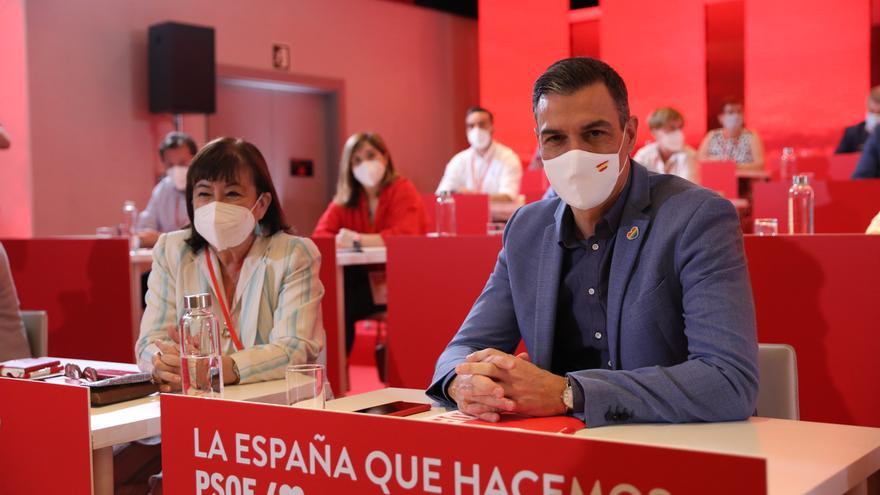 With an allusion to the “rest” of the next few days, Pedro Sánchez concludes the letter that he sent this August 1 to the PSOE militancy in which he reviews the measures adopted by his Executive so far in the legislature, in the middle “of the scourge brutal of the pandemic “, and in which he attacks the Spanish right, which he accuses of blocking” capital institutions “of the Constitution.

In the letter, the President of the Government defines PP and Vox as “the most furious and irresponsible opposition in Europe” and adds: “We counted on the virulent and implacable exercise of the opposition because it seems to be the style of the house of the Spanish right , but nobody could imagine that it would go so far as to put into play the very European aid that our country deserves and needs and to paralyze the functioning of the capital institutions of our democratic Constitution. The Ombudsman, the Council of the Judicial Power , the Constitutional Court, the Court of Accounts … all the capital institutions of our Constitution are pending to fulfill the mandate of the Constitution itself because the opposition has decided to send a message: the Constitution is fulfilled only if the right governs. Otherwise, is suspended “.

Sánchez adds that “nothing seems to be capable of stopping the ferocity of the opposition from the right and the extreme right. Not the Constitution, not the recovery of our economy, not the concord among Spaniards. That’s the way things are.”

Precisely the general secretary of the PP, Teodoro García Egea, has warned the Government this Sunday that without progress in the “depoliticization” of Justice, his party will not participate in the renewal process of the General Council of the Judiciary (CGPJ), whose mandate has expired for more than two and a half years.

In the rest of the letter addressed to the militancy, the President of the Government reviews the measures adopted so far by his Executive together with his “partners” of the Council of Ministers (in reference to United We Can) and thanks the work of the “comrades and colleagues “who have accompanied him in” the first phase of the legislature. ”

And he adds: “The next 40th Federal Congress that we are going to celebrate in October is particularly transcendental. It is no longer just about offering an alternative to the injustice and inequality caused by the disastrous policies of the right in recent years, nor about be the brake on the growing threat of extremism. ”

The letter, signed by Sánchez, concludes with a mention of the vacation period that is now opening: “May the rest of these next summer days serve to regain strength, reaffirm our convictions and strengthen the momentum that aroused our first political vocation: to give what the best of us to improve the lives of the citizens we serve. ”