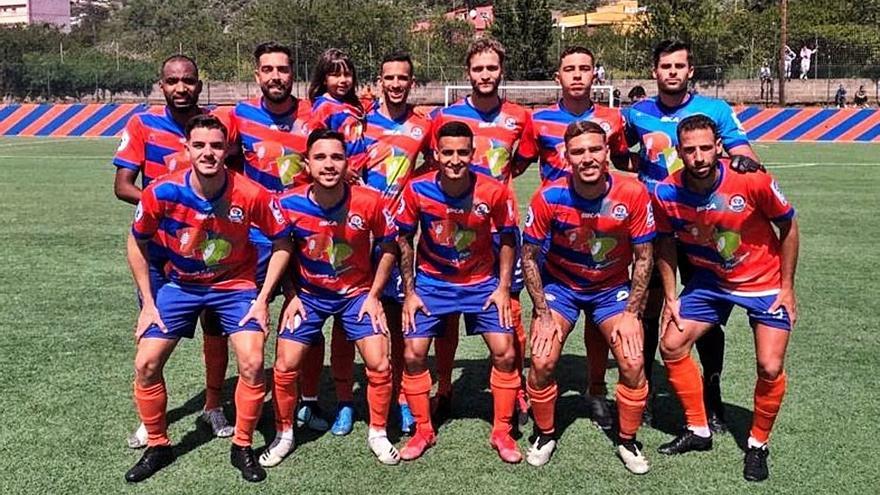 In a direct duel for the privileged positions of the Las Palmas subgroup of the Third Division, the Pulido San Mateo Bakery won three vital points against the second subsidiary of the UD Las Palmas. A solitary goal from Braulio tipped the balance for a team by Juan Carlos Socorro, who maintains the pulse for the leadership he has with San Fernando.

San Mateo was more dominating during the first 45 minutes, trying to impose their style of play, which allowed them to enjoy more arrivals, against a team of Yoni Oujo, who did not suffer and that it cost them to approach the team with danger. domains of the local keeper Edu.

After six minutes came the first chance for Juan Carlos Socorro’s pupils with a shot from Rubén, just off a corner kick, which went over the crossbar. At a quarter of an hour, Braulio caught a loose ball inside the area, but his low shot was taken out with his leg by the yellow goalkeeper Carlos when the goal was already being celebrated in the local ranks.

In the 28th minute, a header from Uday, after the execution of a corner, went to the hands of the yellow Carlos. After half an hour, Yoni Oujo’s boys replied with a penetration into Pol’s area, after a beautiful personal move, which ultimately sent goalkeeper Edu into a corner.

In the final stretch of the first half, San Mateo broke the initial tie with a play in which Felipe served the far post for his teammate Braulio to take a low shot, which beat the yellow goalkeeper.

Las Palmas C cuddled until the end of the match, but the Pulido Bakery held on

After the restart, the yellow subsidiary took a step forward and dominated more. Four minutes into this second act, a shot from Ojeda, from the front, licked the right post of Edu’s goal. In the reply, the Vega de San Mateo squad was able to expand distances, after a long ball from Ismael, which Raúl took advantage of to leave his pair and stay in a heads up against Carlos, who was very sure to disrupt the opportunity with a saving stop in two times.

Yoni Oujo’s team was taking control of the game in the wide field in front of a San Mateo, who defended himself with order. In the 56th minute, the yellow Cristian was able to achieve a tie with a shot, after picking up a loose ball inside the area, which narrowly missed the three sticks of Edu’s goal.

The best opportunity for the group of Siete Palmas to put the tables came with a low shot by José Ángel, after receiving inside the area, which surpassed goalkeeper Edu, but was rejected, under sticks, by a local defender when the ball was already sneaked into the goal of the San Mateo.

Juan Carlos Socorro’s squad contained the yellow onslaught, but had trouble approaching Carlos’s domain with danger. For its part, the subsidiary was shaking, and in the 83rd minute, Ian’s shot was deflected by Edu. Richard then raised the ball as the home keeper left, but his shot went over the crossbar.

In the aftermath, a head of Godoy could give the sentence to San Mateo; while a ball combed by the yellow Ojeda, after the execution of a foul at the far post by Brian, went high.

Referee: Aitor Ramírez Ramos. He admonished Pedro, Raúl, Miguel and Gabri by the locals; and for the visitors to Pipo and Ian.

Although they were defeated last Saturday, San Fernando is the only team in the Las Pamas subgroup that has a ticket for the promotion phase to the Second RFEF. There are two places open for the last day that can go to San Mateo, Gran Tarajal or Las Palmas C, which has one less game -he will play it on Wednesday against Villa de Santa Brígida-. The subsidiary will be able to participate in the promotion phase despite the situation of its brother Las Palmas At. | LP / DLP

Zverev comes back from Berrettini to reconquer Madrid