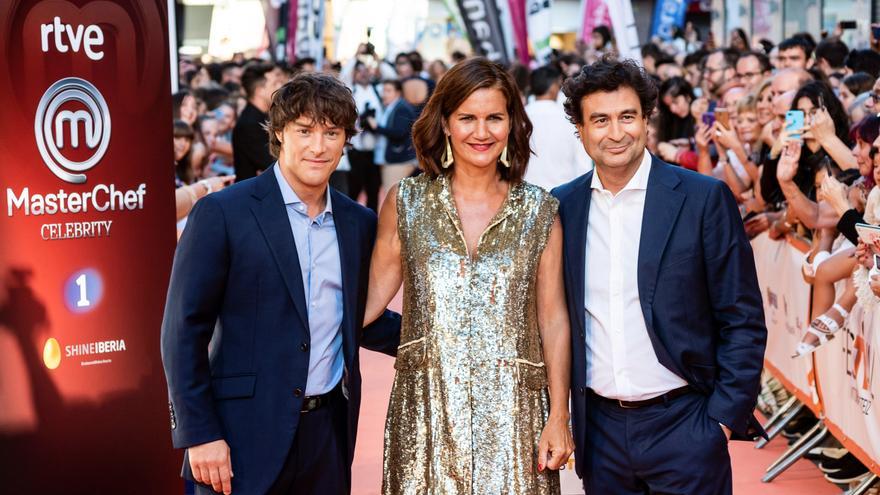 Madrid, Apr 12 (EFE) .- Despite having their businesses closed, at medium or low gas, the judges of “MasterChef” -Pepe Rodríguez, Jordi Cruz and Samantha Vallejo-Nágera- are among the few cooks who are saved from the ruin within a sector, gastronomy, which is being one of the most battered by the pandemic.

“If we only had the restaurants, we would be talking about something else and we would suffer in another way. I do not even want to think. We have been lucky ”, tells Efe Pepe Rodríguez, owner of the El Bohío restaurant (Illescas, Toledo, a Michelin star), in a meeting with a group of journalists.

Although this year he has managed to “surf” the storm and has managed to open a few months, he still fears that he will not be able to maintain the business that his grandmother founded in 1934. “I don’t have them all with me. We are there at that limit. I’m going to give everything I can to keep it up until I say ‘gentlemen, we’ve come this far’. Hopefully that time does not come, but I do not rule out anything because everyone has a limit ”, says the chef.

Since the end of April 2020, when the red numbers took over the accounting books of most restaurants and bars in Spain, Rodríguez, Cruz and Vallejo-Nágera chained recording after recording of the different editions of the program (children, famous people, older people …) produced by Televisión Española and Shine Iberia.

The program has saved them from living the hecatomb that many others are experiencing. “I thank God every morning, I am privileged to have a job,” adds Rodríguez.

According to data from the Hospitality Association of Spain, after the year of the coronavirus pandemic the sector has recorded losses of 70,000 million euros, with an average drop in turnover of 50% (80% in areas where the weight of tourism is major), a situation that has led to the closure of 100,000 businesses.

Among them is the AbAC restaurant by Jordi Cruz (Barcelona, ​​three Michelin stars), which has been closed for months and with “one hundred and odd people in ERTE” and which will not open until the hotel business in Barcelona can open at midnight.

“Within the bad we are living it with serenity. Our business is a big ship that has to make all the stops. If you only do half the journey, it is not worth it. I don’t want to open with half a menu, or rushing diners. I want to open where I left off, with the same level ”, he explains.

He and his partner are lucky to “own the premises.” “I am calm because we are not making money but we are not losing much. There are many people who pay rent and that is very complicated ”, adds the chef.

Samantha Vallejo-Nágera’s businesses have also been strongly affected by the situation. Especially the catering company that he has run for more than 25 years. “It has affected us far more than the others. The pandemic in the catering sector has struck us down because people cannot get together. We are experts in weddings and company parties and now caterers have disappeared from all places ”, he assures.

For this year he already has “many closed weddings” and he hopes that they can be celebrated because “if we suffer it as entrepreneurs, they suffer it as boyfriends, who have been wanting to get married for months,” he says.

Despite the severe crisis, in December he decided to take the plunge and open a new hotel-restaurant in Pedraza (Segovia), Casa Taberna. “By numbers it would have been more profitable not to open it yet, but on the other hand there is the illusion you have for a new business”, adds the businesswoman, who dreams of ending the perimeter closures and “the people of Madrid can come to see the piece of business I have set up “.

This is also the main wish and hope of Pepe Rodríguez, that the “madness” of the borders ends. “What bothers me the most are the perimeter closures. We are a restaurant that we live from all over Spain, because on any given Saturday we would receive people from La Coruña, Cádiz, Barcelona … now it is hard for us to survive ”, he says.

All complain about the little support received by the Government, which has led to some 2,000 hoteliers having submitted property claims to public administrations in recent months.

“We are victims and we should have been pampered a little more because we are a value that needs to be helped so that when this happens we continue to be an engine”, says Cruz, who remembers that “gastronomy is a pillar” , one of the most solid in Spanish culture.