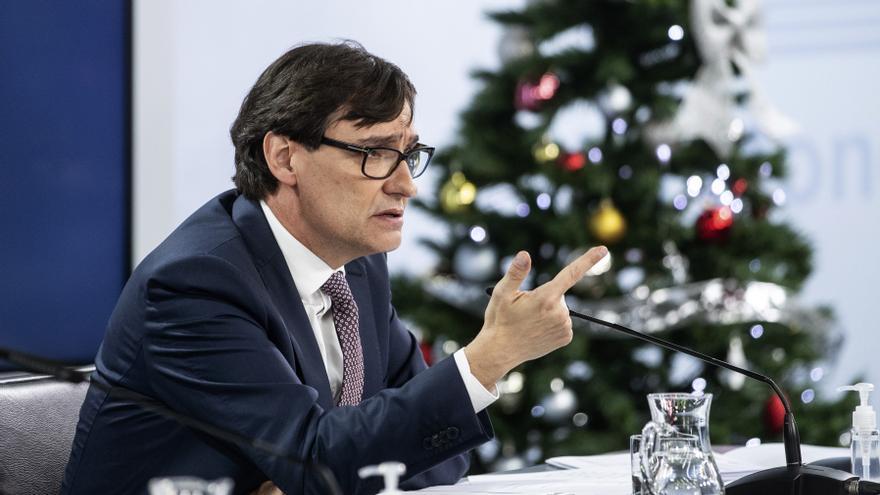 Salvador Illa will be the PSC's candidate in the Catalan elections on February 14, according to what elDiario.es has learned from sources from the Socialist leadership. Pedro Sánchez opts for a total change of helm by sending the Minister of Health as a candidate to the Generalitat, setting aside Miquel Iceta. The National Council will ratify the proposal in an extraordinary meeting called for this Wednesday afternoon. The operation has been carried out to the highest level and with absolute secrecy: until this Tuesday, Illa himself denied that he was going to be the headliner of the PSC.

However, the PSC has increased its electoral expectations in recent months and Illa, who is the Secretary of the Organization, has managed to increase his assessment substantially since his arrival at the Government and during the management of the health crisis of COVID-19. Illa, with an average score of 4.76, achieved one point more valuation than Iceta in the latest survey by the Center for Opinion Studies of Catalonia (CEO). The CIS also introduced Illa among the Catalan leaders in a special section on the 14F elections. The barometer placed him in second position behind Orio Junqueras.

Illa will continue to lead the Ministry of Health for the moment, according to the same sources, although his aspiration to the Generalitat will force Sánchez to make adjustments in the coalition government later. Iceta's tense relationship with the ERC leadership has also weighed on the decision, especially with Oriol Junqueras, which could hamper possible post-election pacts.

Until this same Tuesday, Illa himself denied the possibility of leaving the Health portfolio to head the PSC candidacy and argued that the candidate for the Generalitat would be Iceta. "He is the person who is in the best conditions to champion the change that Catalonia needs," he said in an interview on TVE's La Hora. Throughout the pandemic, the PP accused the Minister of Health on several occasions of trying to obtain electoral revenue in Catalonia with certain decisions, such as the state of alarm that the Government decreed in the Community of Madrid before the impossibility of reaching a agreement with Isabel Díaz Ayuso at the beginning of the second wave.

Tags: candidate, catalan, elections, illa, it will be, PSC, savior