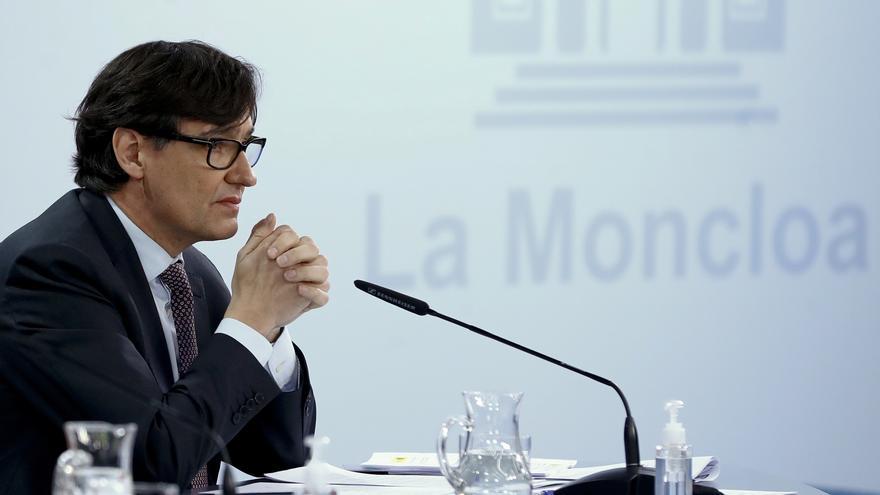 The Minister of Health, Salvador Illa, has appeared this Saturday from Barcelona, ​​after record numbers of contagions registered by Spain in recent days, to announce that it will maintain the current health strategy, based on the application of measures through “co-governance” with the autonomous communities and on the restrictions provided in the latest state of alarm decree.

“We do not contemplate any home confinement,” Illa assured, in response to requests that had come to him from some autonomies in recent days. The minister has been open to taking tougher measures, without reaching total confinement, and has opened to negotiate changes in curfew times. However, the health officer claims to wait a few days to see how the current restrictions work. In addition, Illa has bet on the Ministry’s strategy to continue with the vaccination plan.

“We have the knowledge and the experience, we know how to bend this curve,” he said. “At the time we requested a state of alarm for 6 months. We did it to apply a set of common measures in the autonomous communities and to provide us with a common and predictable legal framework that works,” he recalled. In this way, Illa has indicated that all measures will be taken “in permanent contact with the communities”, but has warned that those that have to do with restrictions of fundamental rights must have adequate legal protection.

As explained, the Ministry is not closing to modify the state of alarm to respond to the requests of the autonomies that demand to extend the curfew hours. “If we have to review this time slot, we will listen to everyone,” he said. Illa responded in this way to the offensive launched by the Government of Castilla y León, which after claiming it from the Government and obtaining a refusal, this Saturday has gone ahead and imposed an extension of the curfew from 20 hours.

The minister has also announced that they will continue taking steps in the vaccination plan, in a strategy with which Illa has ensured that 70% of the Spanish population will be vaccinated before summer. “The rate of vaccination is optimal,” said the health officer, referring to the good data that Spain harvests in relation to other European countries and despite the delay in some areas. Together with this, Illa has assured that in the next few days the “target groups” will be announced on which the population will continue to be vaccinated once the risk groups are covered.

Regarding the delay of Pfizer vaccines to Europe, the minister has confirmed that Spain will receive next week only 56% of the doses that were planned. However, Illa has played down this situation and has ensured that once this drop in distribution passes, the pharmaceutical company will be able to increase the supply, so it hopes to recover the rate of vaccination in Spain.

The figures in recent days, with a record of infections and an increase in intensive care admissions, point to Spain having entered the third wave of the pandemic with force. In the last week, 201,804 cases have been detected, a transmission figure that had not been recorded in either the first or the second wave, and which could still be higher due to the delay in notifications. In the words of Minister Illa, these figures express a “very worrying third wave situation in our country.”

The explosion of infections is already making itself felt in the hospital pressure and in the occupation of ICUs, which an average of 30% of patients with COVID. This week there have also been deprogramming of surgeries, a measure that illustrates the saturation that the health system is already experiencing.

The epidemiological map of Spain is also revealing about the situation of the pandemic. Practically all the provinces exceed 250 cases per 100,000 inhabitants in 14 days, considered an “extreme” risk according to the traffic lights of the autonomous communities. Only Asturias, Las Palmas and Santa Cruz de Tenerife are now below this level. At the other extreme, Badajoz, Segovia and Ciudad Real exceed 1,000 cases per 100,000 inhabitants, which means that more than 1% of the population is becoming infected every two weeks.