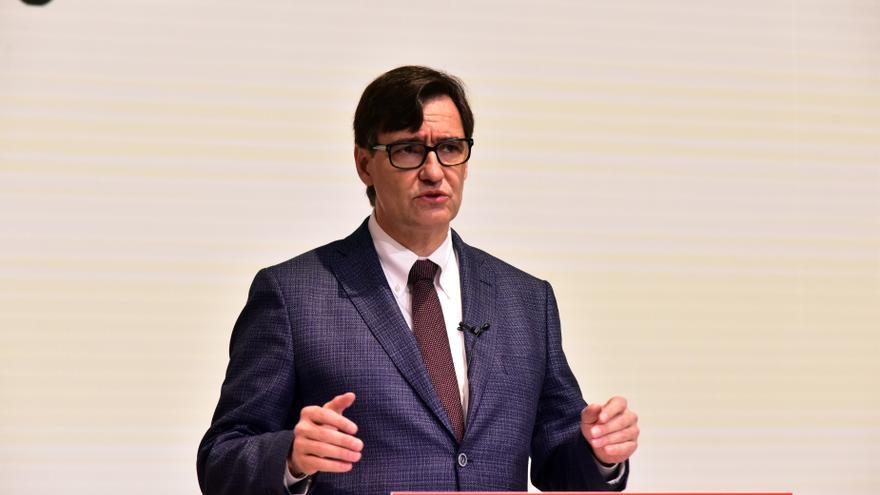 The PSC candidate for the Presidency of the Generalitat, Salvador Illa, announced this Wednesday that one of the first measures he will take if he is president will be to contact the rest of the regional presidents to address a reform of the financing model, which he wants to “lead “. Illa has said it after the ERC candidate, Pere Aragonès, assured that he did not see viable a reform of the autonomous financing system in an interview in eldiario.es.

“I want to lead, through dialogue between all parties, the reform of regional financing and recover cooperation with the rest of the autonomous communities to build a federal state from the bottom up,” he stated at the Europa Press Digital Meeting, in which he has presented the first six measures that he will take if he presides over the Generalitat, beyond the urgent actions against the pandemic.

Illa places the reform of the financing model as one of its priorities, after in recent years the pro-independence governments have refused to attend regional summits, such as the Fiscal and Financial Policy Councils.

The PSC candidate has also assured that one of his priorities if he is president will be to visit Moncloa and the ministries assiduously to “demand and negotiate, to debate and agree.”

At the Europa Press Digital Encounter, he has proposed the first six measures that he will carry out if he is president of the Generalitat, beyond urgent actions in the face of the pandemic, among which he also undertakes to carry out “an audit that allows rationalize non-productive or superfluous spending by the Generalitat “to increase social items such as dining room grants.

Another of its measures will be to strengthen the presence of Catalonia both in the EU and in international forums such as the Euroregion and the Committee of the Regions: “I will re-promote the Euroregion as a way of cooperating with our neighbors to the north, south, east and west. Enough of the propaganda outsourcing offices of the ‘procés’. We need commercial action, not propaganda “, in reference to the Asked if this will mean eliminating the delegations, Illa has answered that what he wants is to reorient the foreign policy of the Government to promote Catalonia at a commercial, industrial, economic and cultural level, and will eliminate “everything that has to do with what I qualify as propaganda” of the independence movement.

Illa has also proposed launching “three major cross-cutting agreements that will materialize through public-private collaboration” and with the active participation of municipalities: an alliance for affordable social housing, an alliance for healthy eating and an alliance for mobility sustainable.

In addition, he wants to create a commissioner for Vocational Training that depends on the Presidency of the Generalitat, which “will coordinate the efforts of the departments involved so that this issue ceases to be a pending issue.”

Results of the Primitiva of Thursday, August 5, 2021