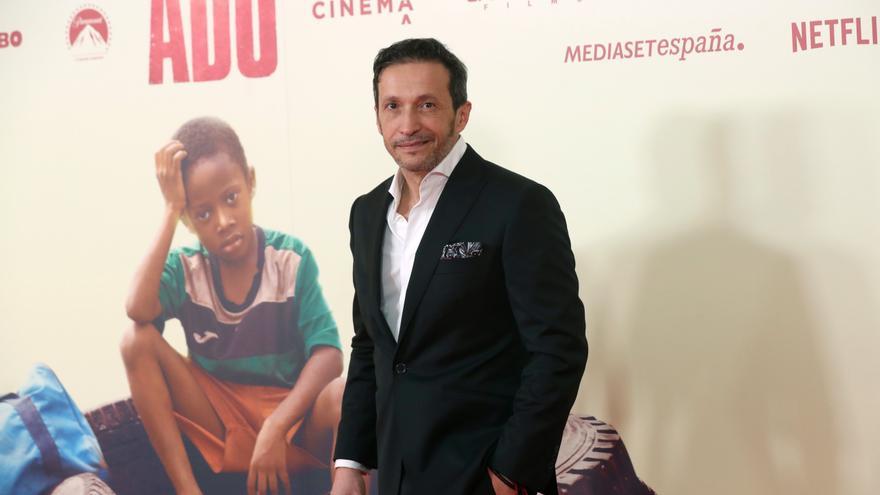 Madrid, Mar 2 (EFE) .- He dreamed of making movies and had been on television for more than 15 years when he had the opportunity to shoot his debut film, “1898. The Last of the Philippines”, an anti-war allegation that got 9 Goya nominations . With “Adú”, Salvador Calvo surpasses his own record: 13 nominations, including best film.

He himself admits that he was confident of repeating in the technical categories. “This year there were few large films at the production level, which are the ones that usually access those nominations,” he tells Efe. “But accessing a better film is already absolute happiness.”

All his rivals are independent films, which have monopolized the billboard in the last year: “Rosa’s wedding” by Icíar Bollaín, “Sentimental” by Cesc Gay and two raw operas, “Ane”, by David Pérez Sañudo and “Girls “by Pilar Palomero.

“Adú” was the second highest grossing Spanish film last year, behind Santiago Segura’s comedy “Father there is no more than one 2”. Released at the end of January 2020, Calvo remembers that then it seemed like a “bad date”, but no one imagined that six weeks later the cinemas would close due to the pandemic.

“In the end it was a miracle,” he says. “The word of mouth was working very well, but I can’t complain, with the bad luck that other films like ‘Invisibles’ by Gracia Querejeta have had, which was super good but it premiered a week before closing.”

Another nomination that makes him very excited is that of best director, where he again faces Bollaín, Isabel Coixet (“Nieva en Bendidorm”) and Juanma Bajo Ulloa (“Baby”). “It’s rubbing shoulders with directors I’ve looked up to all my life,” he says.

Produced by Telecinco Cinema and shot between Benin, Melilla, Morocco, Murcia and Madrid, “Adú” offers a multifaceted vision of immigration with three parallel stories: a six-year-old boy and another 15-year-old whose destinies cross in his attempt to arrive. to Europe; an environmental activist (Luis Tosar) and his daughter (Anna Castillo) with serious communication problems; and a civil guard from the Melilla fence (Álvaro Cervantes) eaten away by ethical doubts.

“It seemed interesting to us to contrast these stories and for the viewer to draw their conclusions about how relative our problems sometimes are, without wanting to judge anyone,” Calvo emphasizes.

Despite the harshness of the problems they face, especially the couple formed by Adú (Moustapha Oumarou) and Massar (Adam Nourou, nominated for best new actor), the tone of Alejandro Hernández’s script has light and hope.

“I am Mediterranean, from a country where there is always light in stories and in life,” says Calvo. “I liked that in the film there was that light (…), that despite the harshness of the trip these children learn good things, friendship, solidarity, companionship.”

However, he is not very optimistic about the immediate future. “Now that the first world is getting the vaccine but the third world is not, we are going to have an added problem,” he considers, “inequality will be much greater, we have to change a lot because the system is showing that it does not work, we have to help each other “.

Regarding his professional projects, he says that everything is very much in the air due to the pandemic, but he cites an “international shoot” of which he refuses to give more details until the unknowns are cleared up. “It is all very dependent on the progression of the disease,” he points out.

In fact, covid-19 forced the filming of what was to be his next project to be postponed, a series for Movistar + with the same “Adú” scriptwriter, Alejandro Fernández, also a collaborator of Amenábar or Manuel Martín Cuenca, who were going to shoot in Cuba.

“The latest news I have is that it is being postponed to January 2022,” he says.