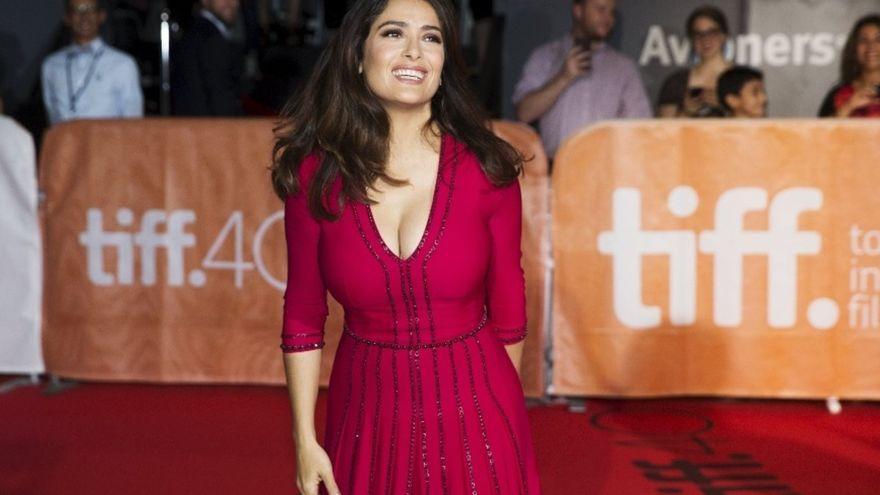 Salma Hayek figure among the last signings for the list of presenters of the 78th edition of the Golden Globes, which was delayed two months due to the pandemic and will be celebrated next Sunday with a largely virtual gala.

The Hollywood Foreign Press Association (HFPA), which organizes these awards each year, announced on Twitter this Thursday a new list of stars who will participate in the ceremony revealing the names of the winners.

In addition to the Mexican actress, the HFPA also included today among its new additions to Laura Dern, Jamie Lee Curtis and Angela Bassett.

Amy Poehler and Tina Fey, from Los Angeles and New York, respectively, will be the emcees for these very unique Golden Globes due to the coronavirus crisis and that they will not have, among other things, the traditional star-studded red carpet.

Two Netflix films, ‘Mank’ (six nominations) and ‘The Trial of the Chicago 7’ (five mentions), lead the film nominations for the Golden Globes.

Behind are, with four nominations per head, ‘Promising Young Woman’, ‘The Father’ and ‘Nomadland’, which is the great favorite for this strange season of awards in Hollywood.

Netflix also dominated the television sections, where ‘The Crown’ (six nominations), ‘Schitt’s Creek’ (five nominations) and ‘Ozark’ (four mentions) appear as the series with the most statuette options.

Tags: Balloons, hayek, it will be, presenter, salma