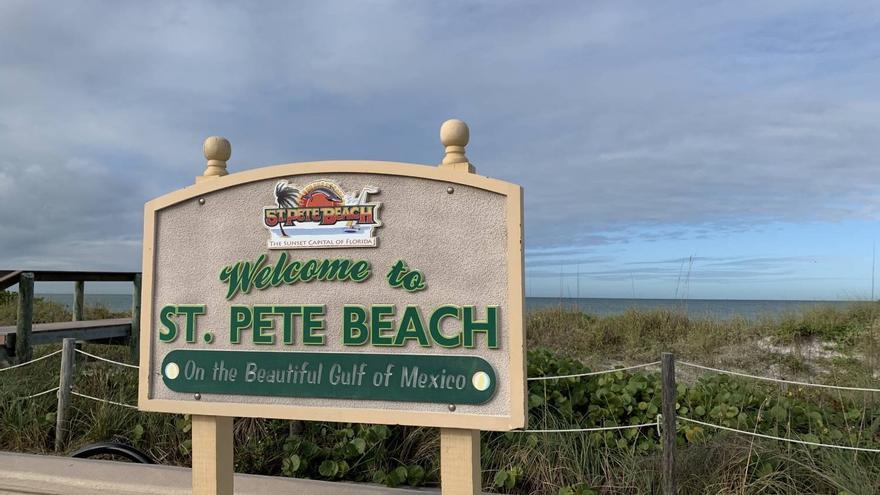 Miami, Feb 25 (EFE) .- Saint Pete Beach, on the west coast of Florida (USA), topped the list of the 25 best beaches in the United States and the fifth in the world, according to a ranking published by the popular travel website TripAdvisor.

The so-called Traveller’s Choice of the aforementioned website placed Saint Pete Beach in the first place in the United States ranking, followed by Ka’anapali Beach, in Hawaii, and Moonstone Beach in third place, in Cambria (California).

Saint Pete Beach, located on a barrier island west of the city of St. Petersburg, is a “great walking beach, with white quartz sand, clear calm waters and seashells,” according to TripAdvisor.

It is “the most perfect place to watch the sunset over the ocean,” says the guide, who has not selected any of the famous South Florida beaches among the top twenty in the country.

In total, users of the travel website ranked only two Florida beaches among the top ten in the United States: the aforementioned Saint Pete Beach and, in ninth place, Madeira Beach, on the west coast as well.

The best beach in the world, chosen based on the comments and opinions of the millions of users of the travel portal, was Whitehaven Beach, in the Whitsunday Islands (Australia), followed by Santa María Beach, in Villa Clara (Cuba).

Tourist destination par excellence, and largely due to its white sand beaches and blue sea, the influx of tourists to the state of Florida in 2020 was 34% lower than in 2019 due to the coronavirus pandemic, according to official figures that indicate that it was the worst year since 2010.

In 2020, 86.7 million tourists visited Florida, of which some three million arrived from abroad, according to Visit Florida, the organization that promotes tourism to this southern and tropical state.

In 2019, 131.42 million tourists visited Florida, a record number that was the culmination of consecutive annual increases since 2009, when 80.87 million visitors came to these lands.