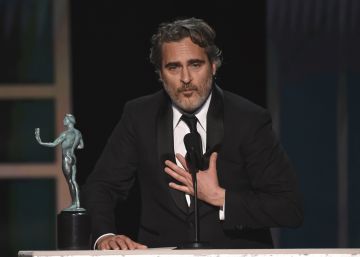 The 26th edition of the SAG Awards It was held on the night of January 19 at the Shrine Auditorium in Los Angeles. The big surprise of this edition has been that the South Korean Parasites It has become the first non-English-speaking film to win the most important award of the United States Actors Guild.

The black comedy, directed by Bong Joon-ho, talks about the class struggle, and shows the confrontation between a poor and a rich family. In addition, she is nominated for six Oscar Awards: best international film, direction, original screenplay, editing, production design and best film.

On the other hand, the best actress award was Renée Zellwegerfor his work in Judy; and the best supporting actress went to Laura Dern, for Story of a Marriage. In the male category, Joaquin Phoenix he got the best leading actor and Brad Pitt the one of best actor of distribution.

Here is the complete list with all the winners of the SAG Awards 2020 (in bold the winners):

– Joker
– Once Upon a Time in Hollywood
– The Avengers: Endgame
– Against the impossible
– The Irish