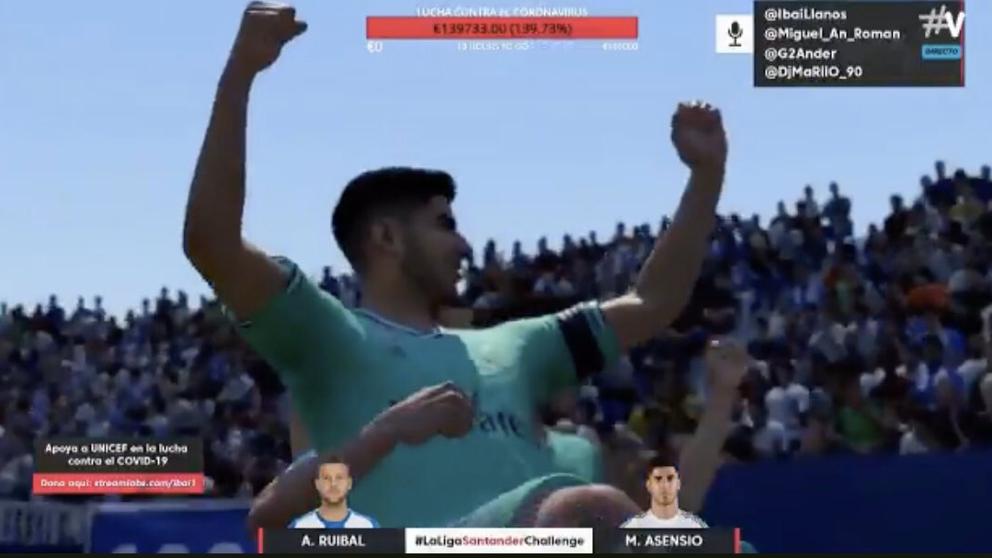 Sundays without football are strange. The blossoming of spring usually coincides with the start of the last third of the season, that in which everything is decided: leagues, cups and, of course, the Champions. It is the time of the year when the lover of the king sport is more hooked than ever to today; the moment you begin to glimpse that the high expectations placed on your team at the beginning of the course will not be met. Rather it will be a failure. Another blank year, another decline. Or maybe just the opposite, who knows. At the moment, the coronavirus has deprived the fan of being able to live that adrenaline rush characteristic of the last matches. This will be the case until further notice. But from a crisis there are always new opportunities, new worlds to explore.

Many people discovered last weekend what it is to be a
viewerer
or a
gamer
. Some probably didn’t even hear the name Ibai Llanos before. The commentator par excellence in Spain of the
sp
or
rts


, esports, airmed a question to its long million Twitter followers. “Would you like a FIFA tournament among the 20 First Teams? ” The answer could not have been better received. Players like Sergi Roberto, Thibaut Courtois or Roberto Soldado They soon wrote interested in the proposal. Said and done. Between Friday and Sunday, 18 footballers represented their clubs in order to participate in this solidarity initiative that has ended up raising around 180,000 euros for the fight against Covid-19. They were nine-minute games by part and also had luxurious comments from journalists such as Manolo Lama, Miguel Ángel Román, Danae Boronat, Rubén Martín or José Sanchís. “You have to beat this bug anyway,” Lama said ironically during the entertaining broadcasts.


Discussion of whether eSports should be considered a sport

Sunday was the main course with the quarters, the semifinals and the grand final. Curiously, the winner was Marco Asensio, the player with the largest line-up among the participants but unprecedented this season on the pitch due to a torn ligament and meniscus during the summer tour of the United States. With Madrid, he knocked down Aitor Ruibal’s Leganés (4-2), revelation of the virtual tournament named LaLiga Challenge for the support of the body chaired by Javier Tebas. Asensio scored a double wearing the captain’s armband, an implausible image today, as it is also to see Guido Carrillo, striker of the pepinero team, at the top of the scorers table with eleven goals. “The secret is to go from less to more, it has been a spectacular tournament in every way,” declared the Balearic without running away from topics once the tournament was awarded. Eager to compete, he found the forgiveness of the madridistas who last week reprimanded him one of the countless viral challenges of these days of isolation. This consisted of playing with the ball against the wall, and he did it with his boots shod near a swimming pool, in a humid area. A recklessness.

More than a million people followed the LaLiga Challenge from their homes throughout the weekend through the Twitch streaming platform or through the traditional Movistar or Gol channels. Barça and Mallorca were also missed. They did not participate to avoid problems with Konami, sponsor of these clubs and who has in PES2020 the great competitor of FIFA20. Llanos’ proposal has encouraged footballers with a thirst for competition and who have video games as a great ally in their daily lives. It has also served to mark the path of other leagues. Cádiz will organize a virtual charity Trophy with the Second teams. The different Second B groups have also mobilized to create their own tournament.

There is debate as to whether eSports they should be considered a sport. They ensure that the level of stress and pressure in games held in overcrowded venues are equivalent to that of a driver in an automobile race. There is no doubt about his growing interest. According Forbes , in 2019 the turnover reached 1,000 million euros, with an audience of 443 million viewers.

Kroos, the Bara players have already donated 70% of their salary … to no avail?

LaLiga Santander 2019 – 20: LaLiga denies that it had an agreement with AFE to be able to play every 48 hours

Real Madrid: Kroos: “I am in favor of the full salary being paid and for everyone to do sensible things with him”