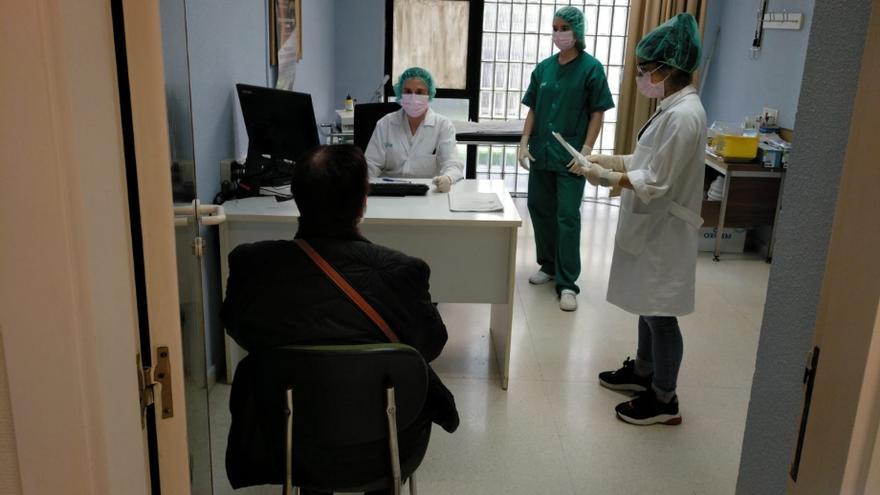 Commuter travel in the summer, the shortage of health professionals in the villages, and the situation due to COVID-19 they are putting rural health care through a difficult summer. The areas most associated with emptied Spain, such as Aragon, Castilla-La Mancha and Castilla y León assume a summer population increase and a greater demand in their already exhausted health centers. “People believe that the rural environment is relieved, but quite the opposite: health care in the villages is more suffocated than in the cities where they live [los desplazados] normally, “says María José San Román, health spokesperson for the Central Trade Union Independent and Civil Servants (CSIF) of Castilla y León.

“This summer is being especially complicated by the coronavirus, but not only because of that, but because the workforce is half due to the holidays,” they say from the Union of Primary Care Physicians-Fasamet de Aragón. In field areas, these drawbacks are greater, since there have always been difficulties finding doctors that cover the squares of the towns, explain from the union.

Now, to the lack of health personnel, a problem that is repeated year after year, other factors related to COVID-19 are added. During vacation time, many people return from the cities where they reside to their villages: they visit friends and family, go out in bars, and end up infecting the inhabitants. According to San Román, the small towns, which seem to be in a “bubble”, give a false sense of security “as if the virus were never going to enter there, but it is entering.”

According to data from the CSIF, all the provinces of the Castilian-Leon community report an increase in the number of displaced people since the beginning of summer. In León, in mid-July they had about 11,000 IDP cards, despite the fact that most people who move on holiday periods do not process this type of card, so there are actually more people. The same occurs in Segovia, where the toilets “are overwhelmed”: between 200 and 250 applications for IDP cards are processed daily. In addition, there were almost 4,000 “passers-by”, that is, patients from outside the town requesting health care, although they do not have the card.

Professionals in these areas must carry out not only their usual tasks, but also other activities related to COVID-19 such as “diagnostic tests, antigens, follow-up of positives, traces and visits to infected people“says San Román. This increased workload also makes it difficult for nurses, who are in charge of carrying out a large part of the tasks related to coronavirus infections, according to the SATSE nursing union. It happens in Puebla de Sanabria, in the province of Zamora, where “there are villages and towns that have been without positive cases, and now have about thirty infected”, which favors the saturation of primary care because “a doctor or nurse rural does not serve only one population: they travel kilometers from office to office, “says María José San Román.

In the same vein as Castilla y León, both the Castilla-La Mancha Medical Union and the Toledo College of Physicians confirm this lack of medical personnel. Raúl Calvo, secretary of the COMT, explains it with his personal case. He is a doctor in Arcicóllar: “Now if there is no doctor in the town of Camarena, I have to go for a couple of hours, go back to my town, answer by phone and then come back again in case I have to help out. Exhausting”.

It is, he insists, a “structural” problem that has been dragging on for decades. From the Medical Union, Miguel Méndez assures that the problem is suffered in all primary care, from which many resident professionals have “fled”. “We have to think that we have to take care of the body, get more primary care positions and then alleviate the work overload,” he says. In some cases, such as in Puerto Llano, “they do not even cover their own internships,” explains Méndez, “despite the fact that they are positions with indefinite contracts. There is a fatigue on the part of the Primary Care staff, which has been the most suffered in the pandemic. “

For its part, the Aragonese union attributes this situation to the lack of personnel in the job boards and the disappearance of the figure of the substitute: “Fifteen years ago there was a lot of unemployed doctor and when one went on vacation there was always a substitute, the figure of the substitute has disappeared because there are no longer unemployed doctors, so vacations are covered at the expense of the colleague or by closing the consultation “. Faced with this, they propose that national measures be taken and that MIR positions be expanded, “since the number of retirements far exceeds the number of MIR doctors who enter the system.”

The greater volume of work due to mobility during the summer and due to the increase in infections in the fifth wave of the pandemic It is assumed by health professionals, as in Mas de las Matas, in Teruel, where “in a normal situation there are three doctors consulting, but now only one is covering all appointments.” This also happens in the municipality of Alagón, in Zaragoza: “Another companion is having two and a half consultations. She takes hers, that of the companion and a few hours of another companion,” they explain.

Most of the people living in these populations are older, many of them with chronic diseases, which makes the problem of health coverage even more complicated. “They give you a telephone number to call and they make a telephone consultation to you in two or three days. People who do not dominate the telephone live here, we are like in the first months of the pandemic,” is the lament of Antonio Moreno, mayor of Cabezarrubias del Puerto, in Ciudad Real. It is one of the towns that suffers from the lack of a rural doctor on vacation, and more accentuated, after being more than a year without a doctor, due to a sick leave due to coronavirus. “It is unprecedented.”

As it happens in Castilla y León, in Aragon and Castilla la Mancha health workers are also forced to go to other communities and regions in search of better working conditions and better opportunities. In the villages there are not enough health personnel, so people are forced to move to other larger municipalities, thus favoring rural depopulation. “The emptied Spain is not attractive because the fewer public resources, the less education. If they reduce the doctors and nurses, if they remove the emergency service, close the schools and institutes, and the procedures must be done in the cities, live in a town becomes something very complicated “, concludes María José San Román.