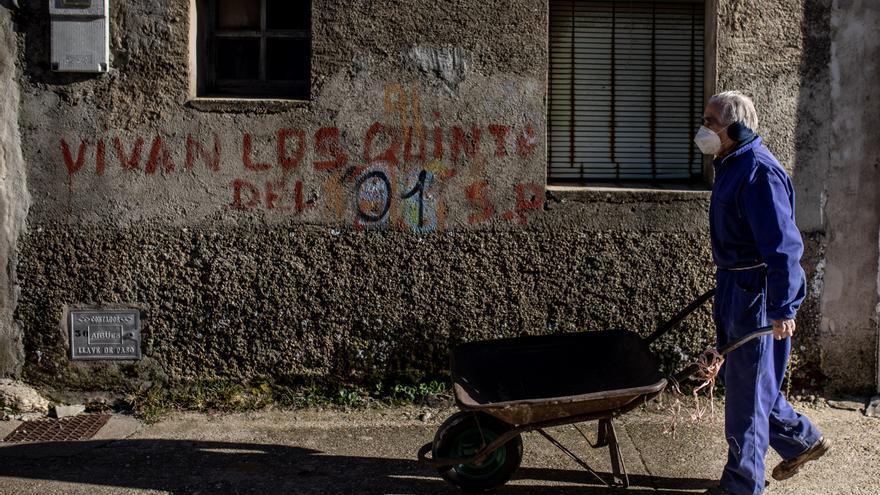 The Government will launch at the end of the 2021-2022 academic year a kind of ‘rural Erasmus’ for young people to carry out their first work experience of at least three months in rural settings, within the framework of the strategy against depopulation of these environments.

“We want to launch a stock exchange program job, of training, in the style of what has been done with Erasmus in Europe, breaking borders. That at least three months of the first work experience of our young people take place in this type of environment for an emotional and work connection“, explained this Monday the fourth vice president of the Government and minister for the Ecological Transition and the Demographic Challenge, Teresa Ribera, in statements collected by Europa Press.

As specified, The Government expects that the first 100 young people who will participate in this program will do so by the end of the 2021-2022 academic year.

This was announced this Monday, March 29, during the closing of an act in the Senate, in which the ‘Study of perception of the progress made in Depopulated Spain since March 31, 2019’ (date of the great manifestation of emptied Spain in Madrid), presented by the Chair against Depopulation and Demographic Challenge of Next Education.

He has also underlined the need to “empower” women so that they can work in rural areas but not only in the primary sector, through training projects, digital training and loans to female entrepreneurs registered in small municipalities.

As indicated by the minister, Inland Spain has seen its demographic, labor and economic weight reduced “almost by half” since the middle of the last century. Specifically, it has pointed out that in the last decade more than 94,000 women have left the rural environment, slightly more than twice as many as men (about 44,000 in the same period). In the case of young people, as he has specified, “that cost increases.”

Therefore, he has invited “advance without leaving the blind spot of the rearview mirror” to the rural world and has said that it is a “great absurdity and nonsense” the idea that “collectively has accumulated over decades” that it is a local or individual claim because, as it has defended, it is “a collective interest”.

He has also asked for the commitment of the media to give visibility to the problem because, as he has indicated, “it cannot be that there are still areas hidden under the blanket while others much more frivolous and more specific appear on the front page every day” .

Forum for the demographic challenge

To fight against depopulation, the minister has also convened the Permanent Forum for the Demographic Challenge in the coming weeks, a open body that will give voice to local actors, rural associations, academics and experts whose contributions and experiences on the territory.

“With this Forum, together with the 130 measures of the Recovery Plan in the face of the Demographic Challenge, we are taking a qualitative leap in the attention to our small municipalities”, he highlighted.

In addition, Ribera highlighted that the survey presented this Monday by the Chair against Depopulation and Demographic Challenge of Next Education confirms “a very important change in perception about the demographic challenge, of small but positive progress”.

According to the data of this study, explained by the director of the study, journalist and president of Next Education, Manuel Campo Vidal, less than half of those surveyed believe that there has been “minimal progress.” To these we must add 11% who believe that the situation is better, a quarter who believe that it is the same and a fifth who say that it is worse.

The study, prepared in collaboration with the AXA Foundation, and which gathers the opinions of 200 representative voices of the rural environment (individual and collective) that include platforms, municipalities, councils, journalists and entities, also shows that the respondents perceive “a greater awareness” by the population about the problem.

Among the advances they perceive highlights “an improvement in communications” although they say that “situations of marginalization persist in Internet access”; they acknowledge the implementation of projects and the expansion of some services but also setbacks such as “the withdrawal of banks from the territory or the growing weakness of medical services, pharmacies or education.

In addition, three-quarters of those interviewed believe that today the rural environment has regained its prestige, in part due to its response during the health crisis of the Covid-19 but also by the media diffusion. “We appreciate a prudent hope combined with a skepticism forged in decades of oblivion”, has summarized Campo Vidal.

For her part, the president of the Senate, Pilar Llop, has praised the work of the rural world during the Covid-19 pandemicFrom rural pharmacies that “have practiced almost medical work” to health workers, rural teachers, ranchers, civic movements and volunteers who “have turned to alleviate the impact” of the crisis.

In spite of everything, he has regretted that “thousands of towns are dying in Spain” and for this reason, he has vindicated the principle of “territorial solidarity” so that rural areas can receive the aid and funds necessary to avoid causing their inhabitants to emigrate. to the big cities “limiting their freedom and contributing to depopulate Spain”. As he has specified, currently, “only” 15% of the population lives in rural areas.

Two years of the great demonstration

During the event, representatives of the different groups affected by the depopulation of the rural world participated. Among them, Manuel Gimeno Romero, representing the civil platform Teruel Existe, who recalled the great demonstration of two years ago in the Plaza de Colón, which was “an amendment to the totality of the policies of the last 45 years.”

Engineer Enrique Muñoz Yagüe, representing the Soria ¡YA! has been “tired of hearing false promises”, while the Telecommunications student Silvia del Río Martín, representing the group Jóvenes de Castilla y León, has raised her voice on behalf of “the thousands of young people who emigrate every year “because if they don’t, it means” giving up their aspirations. ”

The president of the Ourense Provincial Council, Manuel Baltar Blanco, has claimed, for his part, “to legislate with a demographic perspective” and the mayor of Montoro (Córdoba), Ana María Romero Obrero, added that they need “institutional cooperation.”

The director of Diario de Teruel, Chema López Juderías, has stressed the need to “make visible” in the media the problem of depopulation; the president of the Federation of Rural Women’s Associations (FADEMUR), Teresa López, stressed that “without women there will be no future for the rural world”; and the general secretary of FEMEMBALSES and mayor of La Puebla de Castro (Huesca), María Teresa Bardají Lanau, has remarked that it is “the time to move from oblivion to opportunity” and has asked for “compensation” in favor of their territories.