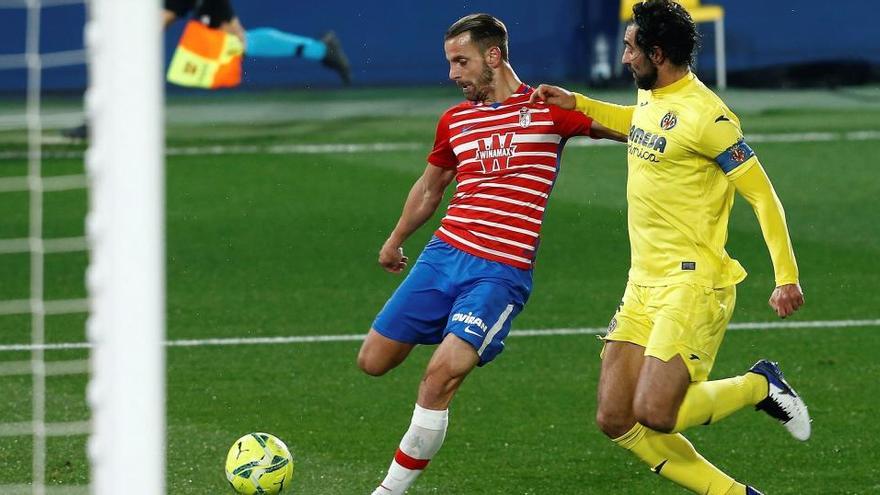 A penalty stopped by the goal of Pomegranate, Rui Silva, in the 92nd minute to launch Paco Alcacer closed with a two-way tie in La Cerámica a meeting of alternatives, with very few occasions but with four goals, in which the foreign team was able to tie the Villarreal, which took more initiative, but without forcefulness.

It was a match of equal forces, in which they played more than Granada intended, at least until the second local goal arrived, because afterwards Villarreal was more comfortable and imposed the football that interested them the most, which did not prevent the reaction of their rival .

From the beginning it was an intense match, with two teams whose classification reflects the clarity of ideas on the part of both teams, in which Villarreal acted as a local when taking the initiative against a solid Granada, which barely gave the rival options to get closer to their plot.

In addition to being intense, the game was dynamic and despite local dominance, the first against Granada was awarded. Soldier took advantage of a long shipment from Germán to beat Asenjo’s goal after a good gallop with a cross shot, an action that was reviewed by the VAR.

Also in a counter, a great individual action allowed Rubén Peña scored the equalizer and the new equality made the meeting maintain the trend shown until then, with more local dominance and a good positioning of the Granada team.

There were no options for the score to become unbalanced before the 45th minute and the tables with which the break was reached were a consequence of the merits of both teams despite the fact that Villarreal played somewhat closer to the rival goal than the Andalusian team.

The tonic of the meeting did not change after the equator, although the domain of Unai Emery’s team increased slightly against a Granada that showed little in attack, but that prevented the approaches of the premises with solvency.

It was a very competitive game, but with hardly any chances in front of the door. Villarreal did not reach the area of ​​the team that Diego Martínez trains, although he tried, while Granada was more aware of not losing his balance, confident of finding an option as had happened in the 0-1 play.

In minute 58, the referee did not consider a penalty for an action in which Domingos Duarte could have commanded in the Granada area, in the first striking action since the goals of the first period. Shortly after it was pointed out Penalty in a takedown by Foulquier on Pedraza, although the VAR took almost two minutes to point out the infraction, when hardly anyone remembered the action. Moi Gómez made it 2-1.

The goal came when Granada suffered least, but it was a blow, because Villarreal resurfaced and the visiting team found no arguments to re-level the contest, but as happened with 2-1, the tie came when the forces of Andalusian team seemed to falter. An excellent shot by Kenedy returned the equalizer to the match.

The icing was left. An Eteki takedown of Yeremi was marked as a penalty in the 90th minute. Alcácer, who had been on the field for two minutes, launched and Rui Silva deflected. The score was final.

Referee: Pizarro Gómez (Madrid committee). He admonished Coquelin for Villarreal and for visitors Milla, Herrera and Domingos Duarte. Eteki was sent off with a direct red (m.91).

Incidents: Match corresponding to the last day of the first round of the League at La Cerámica without an audience.