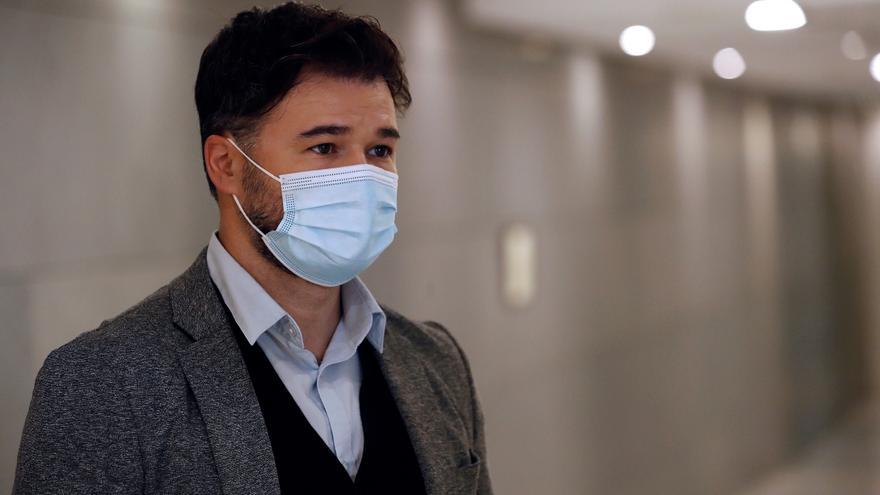 The ERC leader in the Congress of Deputies, Gabriel Rufián, presented a complaint to the Prosecutor’s Office on Monday in which he demanded an investigation into why a “private conversation” of his was recorded by the Civil Guard within the framework of the Voloh operation unrelated to the crimes under investigation.

In the text of the complaint, Rufián maintains that the published conversation “has no relationship” with the investigation for various crimes of corruption against businessmen close to the procés, including former ERC minister Xavier Vendrell, and points out that the dissemination of the talk it only looks for “the discredit” of ERC and the “political struggle”. Neither Rufián nor any other active ERC politician is charged.

Although the conversation was obtained “legitimately” with the authorization of the judge in the Voloh case, according to Rufián, its leak to the newspaper El Confidencial is an alleged crime of revealing secrets for which the ERC leader in Congress blames the judicial police unit of the Civil Guard of Catalonia commissioned by the judge to carry out the investigation.

Likewise, Rufián asks the Prosecutor’s Office to require El Confidencial to “stop publishing any recording of private conversations” in which it is related, as well as to “withdraw from its platforms” any mention of them “in protection” of her rights as a deputy and so that she can carry out her work “with peace of mind”.

ERC spokeswoman Marta Vilalta explained this Monday that Rufián’s complaint is only the beginning of “a political and judicial offensive” that the leadership of her party has decided to undertake against “the political espionage to which the independence movement is subjected” by “the deep state”.

Esquerra Republicana is convinced, Vilalta explained, that said “espionage” aims to “continue with the repression and persecution” of the Catalan independence movement, and has wondered why a government like the PSOE and UP that qualifies itself as progressive does not act “to stop this from happening.

In the political sphere, the ERC group in Congress has presented a total of 140 parliamentary questions addressed to the Government in relation to this espionage case and also to Operation Voloh, in addition to a request for the appearance of the Minister of the Interior, Fernando Grande -Marlaska.