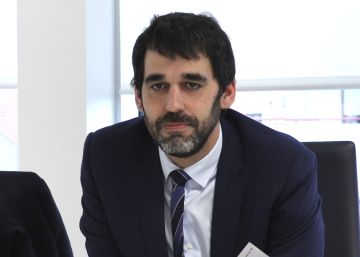 He acknowledges at the beginning of the interview that the European summit for the approval of the recovery fund, which ended on Tuesday morning after intense negotiations, has robbed him of many hours of sleep. Rubén Segura-Cayuela, chief economist for Europe at Bank of America for a year, considers that the balance is positive, but considers many uncertainties. “The fund is very large, but the crisis is also very, very large,” he warns.

How do you assess the agreement that has been reached for the European recovery fund?

There has been a very important change in the way Europe has to manage this type of crisis. Collect three new elements; the issuance of large-scale joint debt, a part of subsidies and the possibility of creating common taxes.

What aspects would you highlight as positive and negative?

The health crisis has generated enormous financing needs by hibernating the economy. Central banks are helping, but the ECB cannot replace all investors in peripheral debt. A political signal was needed, more European, and this is what has been achieved. However, I think that one should not be very optimistic that it will have a significant economic impact, at least in the short term. This fund helps offset some of the lack of fiscal stimulus that some countries have had, but the money is distributed very slowly. That yes, along with the BCE gives time to deal with the problems the next two years.

What is the main risk?

The part that worries me the most is the emergency brake mechanism, which can open a very complicated process and which is not yet clear at the European Council level. If it is mismanaged and creates a lot of tension within the council, we will go to a fund that will move even slower.

What does it mean for Spain?

The background helps, but does not change the photo significantly. Together with the ECB, it means gaining time to do the duties that should have been done six years ago and which the Covid crisis now requires. The government is going to have to come up with a credible reform agenda, apart from the necessary digital or green approach. And that is the key part, because it has to have the sufficient support of political forces. Consensus must be sought for that recovery program that it has to present to Europe, to demonstrate that there is significant support for these reforms.

Have the government measures been sufficient to combat the health crisis and its effects?

Things have been done well, but not enough. All countries have followed the same path except Germany, which has shown greater fiscal effort. All the liquidity and guarantees measures are correct, but we are facing a crisis that generates loss of permanent activity and solvency, and they have not been sufficient.

“Interest rates are going to remain low; what’s more, we should get used to them being like this almost for life”

When will the country return to the level of activity prior to the crisis?

Given the effort that has been made locally and the recovery fund, we anticipate that even by the end of 2022 it will be below where it would have been without the pandemic. Not all companies will survive, some of the workers who are in ERTE will surely not go back to work. Given the uncertainty that we are going to face, households and companies are going to save more, but not as in the second quarter, which was done due to confinement, but it will be as a precaution.

What growth forecasts do you have for Spain and the Eurozone?

For Spain we expect a 10% drop in GDP this year and a growth of 5.1% in 2021. For the euro area, we estimate a contraction of 8.3% and a recovery of 4.8% for the same period. The Spanish economy has a sectoral composition that is greatly affected by Covid.

The increase in debt was going to be generated anyway. The crisis required that all the liquidity and stimulus measures that have been carried out be carried out and that low interest rates be kept low. What’s more, I would say that they are going to stay like this for a while, and we should even get used to them being like this almost for life. Central banks are focused on Covid, but I am concerned that the inflation scenario has deteriorated significantly in the medium term. In this, the Fed has a little more advantage, since it is moving from dealing with the Covid tension to focusing on inflation and has focused the debate on not moving rates until they reach a certain level.

How do you rate the Brexit negotiations?

We are very concerned at the risk of no agreement. However, most of the cost of a hard Brexit is already priced, given the growth rates that we expect for the United Kingdom and the European Union (GDP drop in 2020 of 11.4% and 7.7%, respectively). ).

How does the United States see?

There are a couple of issues that concern me: the completion of a series of fiscal stimulus programs this month and the management of the pandemic. And this has a very significant impact globally and on our European forecasts. You have to be very vigilant in the coming weeks.

In what situation are the markets?

The markets are still very optimistic, and to a certain extent we have this recovery in V in price. At the end of the year, reality will have to be revalued with the latest results and I do not think that V is still there. There is another fundamental part when you think about variable income, and who is going to pay the increase in debt that is occurring. In Europe, I think it will be done with low interest rates for a long time and higher business taxes.

Would the worst case scenario be a new confinement?

In global forecasts, no one sees a second outbreak, at least significant. I am concerned about the economic consequences, but especially because I am not so clear that at the European level the same fiscal support could be given this time, even if it fell short.