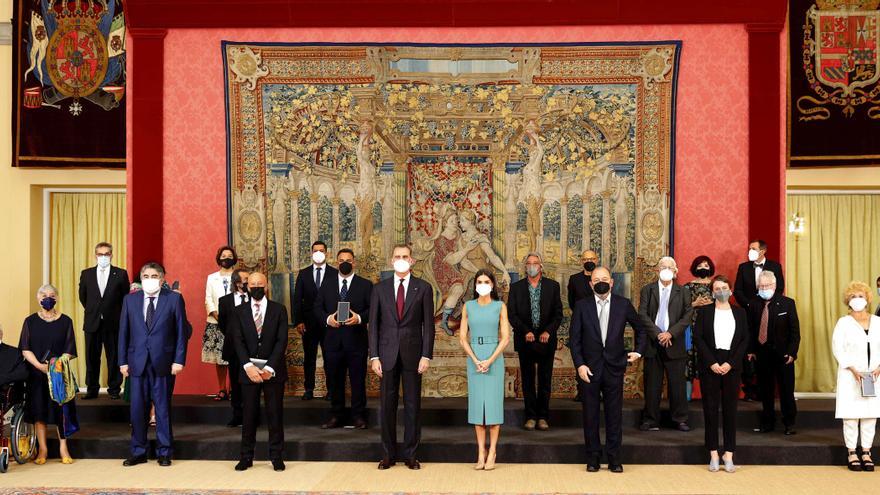 Madrid, Jun 23 (EFE) .- “I am here representing the artistic class of Panama and Latin America. It is a pleasure that they have recognized us in this way”, said this Wednesday the award-winning Rubén Blades during the delivery of the Medals of Gold for Merit in Fine Arts in 2018 and 2019.

In an appointment where the importance of the different branches of culture has been recognized and vindicated, from dance to cuisine, the Panamanian singer, composer and actor Blades explained that his life has had many satisfactions and that today he represents the people that has never been awarded, “but also deserves to be recognized.”

“Although the awards are aimed at me, they are for me and the orchestra,” the artist told EFE, who in two years will have been linked to the cultural world for half a century.

The Gold Mellada for Merit in Fine Arts 2018 that has been delivered today recognizes, according to him, “the work of a lifetime that has been the product of many collaborations.”

The Kings have been in charge of delivering the medals for both 2018 (twenty-one) and 2019 (twenty-six), in a ceremony held at the El Pardo Palace, attended by the Minister of Culture, José Manuel Rodríguez Uribes.

The 2018 awards, awarded this year and not last year due to the coronavirus pandemic, have recognized the work in the cultural world of people such as Circus artist Jaume Mateu Bullich, musicians such as Pepe Habichuela and bailaora Manuela Carrasco, as well as institutions like the Provincial Federation of Peñas Gaditanas.

The theater director Lluís Pasqual i Sánchez, one of the winners of 2018, thanked the theater for this recognition, a job that seems to be “being forgotten and it is not, they are full at the moment. The grace of theater is that it is always in crisis, but generally it always goes well. It continues to produce emotions. ”

The awards have also recognized people from the world of dance such as the choreographer, director and dancer Rosángeles Valls Ballester. “It is a recognition and a nod to all contemporary Spanish dance, which is the poor sister of the performing arts. It is an award that I want to share with all my colleagues.

For their part, among the 2019 winners are the late singer Camilo Blanes Cortés (Camilo Sesto), the Cuban singer Omara Portuondo or the actresses Rossy de Palma and Julieta Serrano Romero.

It has also been a “very special day for the kitchen”, pointed out the chef Martín Berasategui, who has collected the medal in “representation of all the cooks”. “We are going to once again transport happiness and illusion, which is what we cooks do. I feel with charged batteries,” he declared to the media.

Felipe VI has gone beyond the economic importance and has recognized the “incalculable” contribution of culture to society, especially during the “hard months” of confinement, while the Minister of Culture thanked the winners “for their decisive contribution to art and culture “.

The recognitions, approved by the Council of Ministers, are delivered to individuals and entities that have excelled in the field of artistic creation, providing designated services or notably promoting the teaching, development and dissemination of art or the conservation of the national artistic heritage.

Until 1995, the ministry awarded annually Medals of Merit in Fine Arts in gold and silver to those people or institutions that stood out in the fields of culture. As of 1996 only Gold Medals have been awarded.