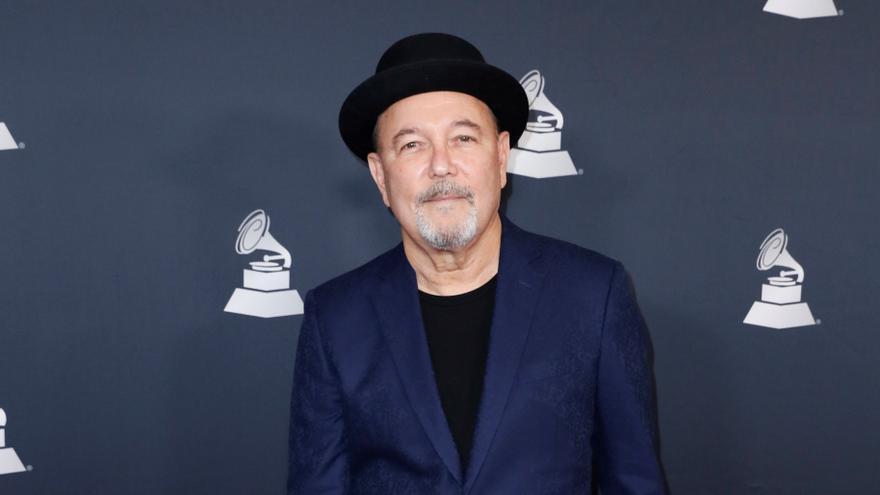 Ruben Blades came excited to the gala in which the Latin Recording Academy named him Person of the Year, a title that recognizes “his continued commitment in the fight for social justice” with a career that spans music, film and politics.

“When I started this, nobody knew how long it was going to last. I remember that I made a statement saying that I believed I was going to sing until I was 40 years old. I’m the first surprised, “the Panamanian told Efe minutes before his big night started in Las Vegas (USA), where one day later the Latin Grammy.

At 73, Blades joins a roster of artists with the title of Person of the Year which includes Juanes, Manna, Alejandro Sanz, Marc Anthony, Shakira, Joan Manuel Serrat and Gloria Estefan, among others

“There are many people better than me and who deserve this opportunity,” he said. “But I really appreciate it.”

Born on July 16, 1948 in Panama, Blades, in addition to emblematic figure in the salsa revolution from the 70s in New York, he has collaborated with artists from rock, jazz, pop, hip-hop and reggaeton, among other musical genres.

During his career he has been winner of eight Latin Grammy Awardsas well as nine Grammys.

Among his discography, works such as “Looking for America” ​​(1984), an emblematic album for its social and political content, and “Sowing” (1978), which marked a turning point in the international expansion of salsa.

“I thought that the decision writing popular songs with urban content was not far-fetched, people thought people just wanted to dance, “recalled Blades.

On his walk on the red carpet, the artist recalled the description he made Gabriel Garcia Marquez of his work: “Gabo is the one who best described me, he told me ‘You are a chronicler, a singer-songwriter of stories, not an accountant’ “.

The Latin Academy, which since 2000 has selected musicians of Ibero-American heritage as Person of the Year not only for their artistic achievements, but also for their humanitarian efforts, highlighted that Blades has supported programs around the world that raise awareness about political oppression, hunger and poverty.

The gala, the event prior to the delivery of the Latin Grammy, featured performances by musicians such as Carlos Vives, Marc Anthony, Andres Calamaro, Rozalén, Diego Torres and Christina Aguilera, among others.