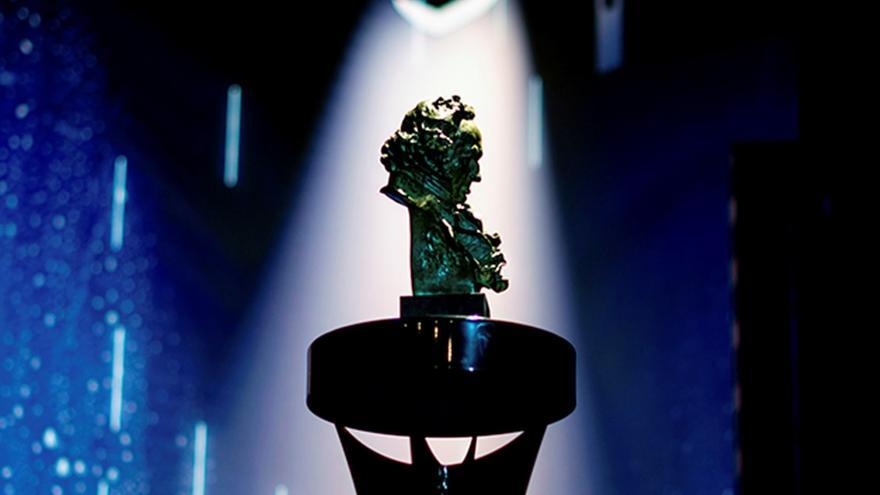 Spanish Radio Television (RTVE) has announced the emission of a special programming for the event of the Goya Awards 2022which will take place next Saturday, February 12, in Valencia and which will include the broadcast of the gala and the previous red carpet, among other things.

As RTVE has explained through a statement, the Goya Awardswhich will be held at the Palau de les Arts, They will be live through all channels and platforms and "it will be the culmination of the programming around the Goya of the Corporation".

In this sense, RTVE has recalled that the act will feature relevant figures in Spanish cinema, and that it will be a tribute to the Valencian filmmaker Luis García Berlanga, in the year of his centenary. They have also mentioned that the actor José Sacristán, who will receive the Goya for Honor, and the Australian actress Cate Blanchett, who will receive the first International Goya, will be awarded.

As for the awards gala, It will be broadcast on the television channels of La 1 and TVE Internacional from 10:00 p.m.with comments from the journalist Carlos del Amor.

Previously, the public corporation will issue the red carpet from 7:30 p.m.. It will be presented by journalists Elena S. Sánchez, Ana Ibáñez and Rafa Muñoz. In addition, after the gala, La 1 will offer the film by film director Pedro Almodóvar 'Volver'.

Similarly, on Radio Nacional de España there will be a special program with the space 'Depelicula' by the journalist Yolanda Flores, with whom the gala can be followed live and also by streaming.

On the other hand, RTVE has indicated that from 6:00 p.m. RTVE News will start the web special on the Goya Awardswhich will include "the best images from the red carpet, all the videos of the gala and the chronicles of the winners, the performances and the best moments", they added.

Finally, in RTVE Play they will also include a program in accordance with the Gala. "The platform will offer up to eight live signals. The user will be able to choose the exclusive retransmission of RTVE Play with interviews with the protagonists, the clean carpet signal, the RNE 'De cine' special, the broadcast in sign language, or the first reactions in the award-winning photocall", they pointed out.

Round table on Spanish cinema

All the special programming devised by RTVE also includes a round table around the Spanish cinema which will take place this Friday 11 at the Ateneo Mercantil de Valencito. In it, as detailed, the president of RTVE, José Manuel Pérez Tornero; the director of the Film Academy, Mariano Barroso; the actor José Sacristán; the film producer and director, Luis Manso; the producer Esther García (El Deseo), National Film Award 2018; actress Patricia Lopez Arnaiz, Goya for best actress in 2021 for 'Ane'; and film director Clara Roquet, whose debut feature 'Libertad' is up for six statuettes this year.

Also on Friday, 'La Gran Consulta' will be held, where the director of Communication and Participation of RTVE, María Eizaguirre, will present a live program and will interview the Government spokesperson and Minister of Territorial Policy, Isabel Rodríguez; the president of the Generalitat Valenciana, Ximo Puig, numerous guests from the world of cinema, and the singer Blanca Paloma, who participated in the Benidorm Fest with 'Secreto de agua'.