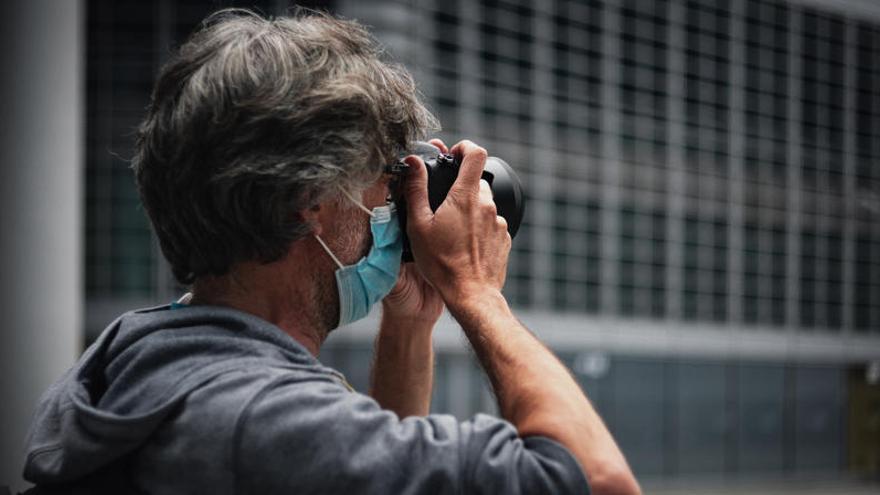 The NGO Reporters Without Borders (RSF) warned this Tuesday of the increase in journalists murdered as Mexico, India, Pakistan or Honduras, which in 2020 accounted for 68% of the 50 informants targeted for crimes worldwide.

In the second part of its annual report on abuses against journalists, focusing on homicides, the organization highlights that 50 informants were killed, a figure similar to the 53 deaths in 2019, despite the fact that the forced confinements by the pandemic have led to a drop in reports on the ground.

84% of the victims were deliberately chosen targets, up from 63% in 2019, and RSF notes that some of them died in “particularly savage” conditions.

Reportes Sin Fronteras, based in Paris, is alarmed by the notable increase in deaths in countries at peace. If in 2016 58% of murdered journalists lost their lives in war zones such as Syria, Yemen, Afghanistan or Iraq, this year that percentage was 32%.

That is, 68% of the fatalities in 2020 occurred in countries in peace, with eight in Mexico, four in India and Pakistan and three in the Philippines and Honduras, according to the NGO.

In Mexico, RSF recalls the brutal murder of Julio Valdivia Rodríguez, of the newspaper El Mundo, who was found beheaded in the state of Veracruz.

“It is a sad constant. In 2020, with eight murdered, Mexico confirms its leading position in the category of countries most dangerous for the profession“says the report, which denounces that the links between drug trafficking and the political class are maintained.

In India, Rashtriya Swaroop journalist Rakesh Singh “Nirbhik” was smeared with hydroalcoholic gel and burned alive and reporter Isravel Moses was hacked to death with machetes.

The fragility of the right to information

“The violence of the world continues to befall journalists. A part of the public opinion considers that journalists are victims of the risks of the profession, when more and more attacks occur when they are investigating or reporting on sensitive issues,” he said the general secretary of RSF, Christophe Deloire.

Deloire regretted that the right to information, “a universal right”, is increasingly fragile.

Investigations into local corruption and embezzlement of public funds, the mafia and organized crime are the most dangerous topics to report, according to 2020 data. In addition, seven journalists were killed while covering demonstrations.

In Kurdistan and Nigeria, three reporters lost their lives in situations of tension between protesters and security forces. In Colombia, Abelardo Liz was shot to death in a protest for indigenous rights that was dispersed “violently” by the forces of order.

Three other journalists were killed in rallies in Iraq where, RSF details, the same method is always repeated: they were shot to the head by unidentified men.

A year marked by the covid

RSF focuses on the crisis of the coronavirus as an aggravating factor, with cases of jailed journalists who died in prison from the disease in Russia, Egypt and Saudi Arabia, where their relatives denounce that “they were allowed to die.”

In the first part of its annual report published in mid-December, RSF reported that 387 journalists were jailed throughout the year (compared to 389 in 2019), 54 were kidnapped and 4 were reported missing.

The organization, which described this data as “historically high”, also warned that the number of women detained rose 35% this year.

The countries with the most arrested reporters were China, Egypt, Saudi Arabia, Vietnam and Syria, which account for a total of more than half of the professionals arrested in the world. According to RSF, arbitrary arrests multiplied by four with the onset of the pandemic.

Until fourteen journalists who were arrested in the framework of investigations into covid-19 remain in detention Today.