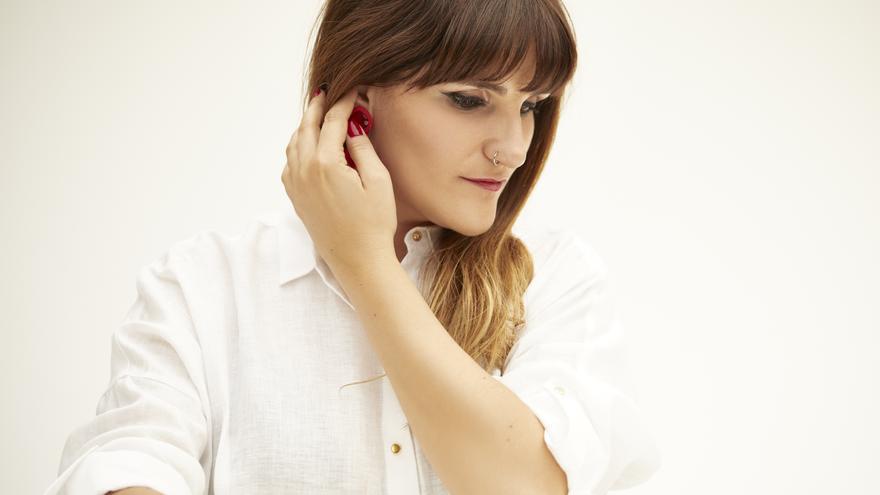 It is difficult to talk with María de los Ángeles Rozalén, better known by her first surname, these days. He has just released his fourth album, The tree and the forest (Sony Music Spain, 2020) and the pace of the promotion campaign is dizzying. Everyone wants to talk to this singer-songwriter from La Mancha, who in just seven years has become one of the most popular figures on the Spanish music scene. A lot has happened since your first studio album With the right to ... (Sony Music Spain, 2013) but his personality maintains its original essence.

This is what he assures elDiario.es through the voice notes with which he responds to the interview. The presentation of the new album live is stopped due to the COVID-19 crisis, but as soon as it can, it will return to the stage. He will surely do so accompanied by Beatriz Romero, the sign language interpreter who translates his songs at concerts. His other medium-term wish is not to lose inspiration, a problem that so far does not seem to have affected him considering his career.

This is his fourth studio album. Have you changed as a person and as an artist since your first job?

In both facets I believe that we either evolve or we die. Personally, I have learned a lot in this time, although the basics remain exactly the same. But it seems to me that I understand a little more about life and this work. And professionally, with this album I am more confident than the first. The songs of the first did not know if people were going to listen to them, it was all fresher, more innocent. Now everything is much more edited, worked and studied. And I am more and more enjoying everything.

The lyrics on your new album are very varied, but is there a global message you want to convey?

Yes, there is a common thread in this album and I think it is self-care, the inner journey, looking at ourselves to know how to give quality time to others. So, although there are themes of social criticism or some of love and others that are very danceable, I realized that in all the songs there was that concept of 'me first'. Not from selfishness but quite the opposite: to be able to be well and give love to others.

Are any of the songs on the album especially meaningful to you?

This is like when a parent is asked which of their children is preferred. There are songs that are more emotional than have to do with your life. For example, And i searched It has a very different and very magical atmosphere. They are also The day that I die, because I wanted to write about death since it is always present and The line, because for years I had the need to write about immigration and deaths at the borders. They are all too special and now that the album is just released, it is very difficult to choose one.

Each disc includes a version. This time it is Mace by Silvio Rodríguez Why did you choose it?

I believe in the signals and while I was thinking about what song I wanted to do of all the songs that I sing by the great masters of the author song, it came to me Mace sung by Mercedes Sosa on many sides. And people asked me to see when I would sing it. It's one of my favorites, of course. Above, it has a lot to do with the concept of the album: the tree and the forest, the individual and the collective, the mace and the quarry. Although this song has a lot of chicha, it is related. I think this time it was the song that chose me.

Also appears Caged birds, who wrote during confinement to help the NGO Entreculturas, although at first he doubted whether to include it. What made you decide?

I was making the album before I knew that we were going to have a pandemic and that there was going to be a lockdown. And that song came out the second week of being confined and it seemed to me that it was obviously opportunistic, that it served for that moment, here and now. Also, that it was beneficial. In the end they convinced me to include it as a bonus track and it seems very good to me. Because this is part of our history and the singer-songwriters also tell what happens to us, what we live. It is very round to finish with that lesson that was supposed to make us all better. A good way to end this inner journey.

The culture sector is one of the most affected by this coronavirus crisis. How do you think you will get out of this?

Sincerely I dont know. In summer we all had a little bit of hope when we saw that there were some concerts in the open air and that many people were making an effort to carry out cultural events. I myself had the privilege of giving a concert. But right now I'm a little more exhausted. Still, the human being always reinvents himself, we always adapt. And in the spring of next year, if the matter has not changed, it will be necessary to take measures and adapt to make several passes. I don't know, something has to be done because it is impossible to live without music.

Is there a union among workers in the sector? Many denounce labor abuses, what do you think should be improved?

I remember that in the confinement I felt for the first time that we were beginning to meet, to make video calls and all this, many colleagues. Because of course, there are many things that must be solved about the conditions of the culture of this country beyond the pandemic. What he has done is to unmask what already had and it seems that it is like the final robbery.

So I do think that we are more united than ever because we have realized that almost everyone is united and that it had cost us a little more in music. Many measures are requested and with good reason.

Your song The violet door it became a success as the feminist movement imploded in Spain, with the historic March 8 march and all that it brought with it. Do you think we have made any progress on this issue?

We advance step by step, more if you compare me with my mother or my grandmother. Obviously there is a lot to do and that whoever denies it is that they do not know how to look or listen well. And, of course, there are people who want to take many steps backwards. But that is a normal, extreme reaction when a movement has been very powerful. Feminism advances slowly because it is a love revolution, but there is still a lot to do.

We are in a very tense situation in society. What do you think of today's political class?

Sometimes you don't know if you are listening to what is happening in Congress or you are watching an entertainment program on television. I think that the level of political discourse is very different from other times. And, honestly, I am very interested in politics, of course, but certain speeches exhaust me because they do not contribute anything. You are not looking at progress and reaching solutions

You have collaborated with numerous artists. Who else would you like to do it with?

Sometimes a colleague writes me on WhatsApp and I hallucinate, because not only is he my idol but he has also become a friend. I lack very few people to collaborate with, the truth is that I can't ask for much more. But, for looking up, I love Residente de Calle 13 and Silvio Rodríguez. Also Jorge Drexler, we are colleagues but I have never sung with him and I would like to. Or Luz Casal or Manolo García, who is one of my root artists and I would die to do a duet with him.

You are very active on social media, have many followers and interact with them. How do you take exposure to the public? Is it difficult for you to deal with fame?

I always want to use social networks for good, so that they really bring me closer to people and to give an opinion from the respect always because before being a singer-songwriter I am a person, of course, although in my case it is a bit united. It seems to me that they are a very powerful weapon to launch necessary messages. But sometimes I take the exhibition regularly because I don't know how to manage it. I ask for help because, although I studied psychology, I go to a psychologist when I need help.

It is also true that lately, as I know things affect me a lot, I put up my own barriers. I try not to read certain comments, I have put filters, for example on Twitter, where free hate comments cannot reach me. I live calmer but not entirely because I think I will never get used to this.

Always be optimistic. Do you continue to maintain that feeling considering what is currently happening?

It is true that I am very positive, but lately I am not so positive. I always strive to bring out the positive part because, when one meditates it well, there always is. But it will be true that the older you get, the more you realize that there are many injustices. And that sometimes man is a wolf to man and not kind by nature. But I prefer to be utopian all my life and I keep that people are good.

How do you see yourself in the medium term future? Any wish to fulfill?

With this new situation, what I want is to get on stage and sing the new songs. It's what I want the most, to be able to work. I cannot ask for much more, because I have already met too many goals, it is rather 'virgin that I stay as I am'. And that I never lack inspiration, of course.