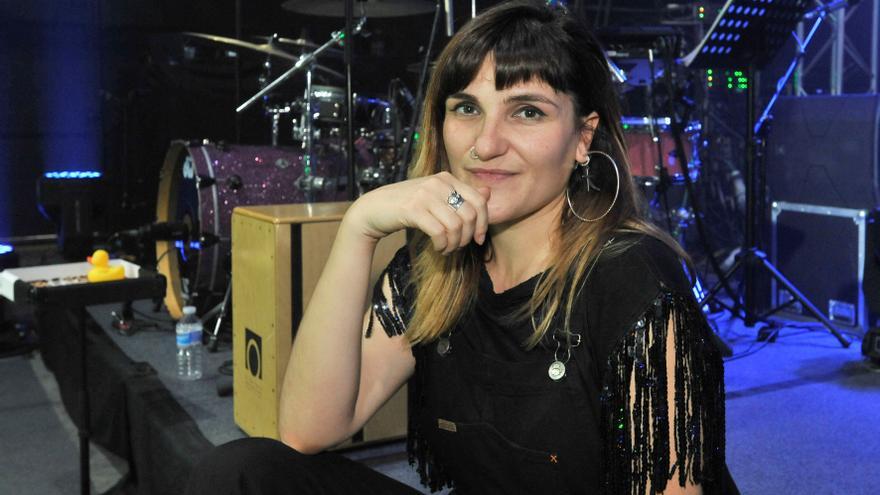 Albacete, Jun 3 (EFE) .- The singer-songwriter and composer María Rozalén, has affirmed to Efe that the tour with 'The tree and the forest' that begins tomorrow Friday in Malaga is the one that both she and her team "have most wanted in our life".

In an interview with Efe after concluding the last rehearsal of her concert in Albacete, where she has been supported by her parents and friends and family, before moving to Malaga, Rozalén pointed out that "we have always highly valued our work, but we already know that when you don't have it, you always value more and they have been very hard months. "

He has stressed that "what I enjoy the most is getting on stage" and has acknowledged that he has "really wanted" to show the album he has made, "which I think is very therapeutic" and of which he has detailed that "I think it is the most difficult I've ever done, but it gives as much desire to live ".

He has considered that we are in a moment in which "people need music, to get excited and even to dance, even if it has to be in the chair at the moment" and has advocated a "safe culture" highlighting that the concerts "are in open sites or if they are closed, very large and with many safety distances, with masks until they tell us ".

In his opinion, "it is time to bet on the project", although he has acknowledged that there is something more "fear" when buying tickets and they are purchased "closer to the date of the concert."

Despite everything, she has said that "the light is seen" and has been grateful to be able to go on tour for her and for the 24 families of the team that work with her and make each of the concerts possible.

In this sense, she has been delighted to "be able to hit the road" on a tour that begins in Malaga and that will take her to other cities such as Córdoba, Gijón, Murcia, Barcelona, ​​Madrid, Alicante or Valencia, with dates already closed until on December 18 in Zaragoza.

Of these stops, he is "especially excited" by the concert in the Albacete Bullring scheduled for Friday, August 27: "it's the first time I've played in the Bullring and we haven't been to Albacete for a long time."

At the same time, it is "it is also one of the most imposed on me", has admitted Rozalén, who has anticipated that on this tour "there will be many surprises, a lot of color" and has even revealed that "you will see me singing and doing things that I have never done, there I leave it. "

"I love to challenge myself and on this tour there is more variety of rhythms than ever," he stressed while pointing out that "we have never prepared concerts so much because now we have had the time that we never had before".

Rozalén, who this year even achieved a Goya for the best original song with 'Que no, que no', has said that sometimes he thinks "that I have a regular season", but then "I think about it and I see that it is unfair to say that, because actually, professionally, very nice things have happened to me at this time ".

"I have not sung on stage for a long time, which is what I like to do, but I have won a Goya and I have sung with colleagues with whom I have been very excited," he said, recalling other works such as the head of the series' Cuéntame 'de TVE: "It would be unfair to say that it is a bad time."

These days he has announced the suspension -until 2022- of the Leturalma festival that he has organized for years in his town, Letur (Albacete), in the Sierra del Segura region, on which he has pointed out that the decision has been "painful" but that in the locality its neighbors are in great numbers greater and "I believe that it is necessary to be coherent, also because the celebrations in my land have been canceled at the moment.

"I did not see it logical to bring so many people into my town because if something happens to one of my elders, I would not forgive myself, so you have to be prudent and in 2022 no one is missing," he stated.

On the other hand, he has made it clear that when his turn comes due to his age, he will be vaccinated against the covid "because we owe a lot to science and health" and has emphasized: "that we are finally seeing some hopeful data has to do with the vaccine. "