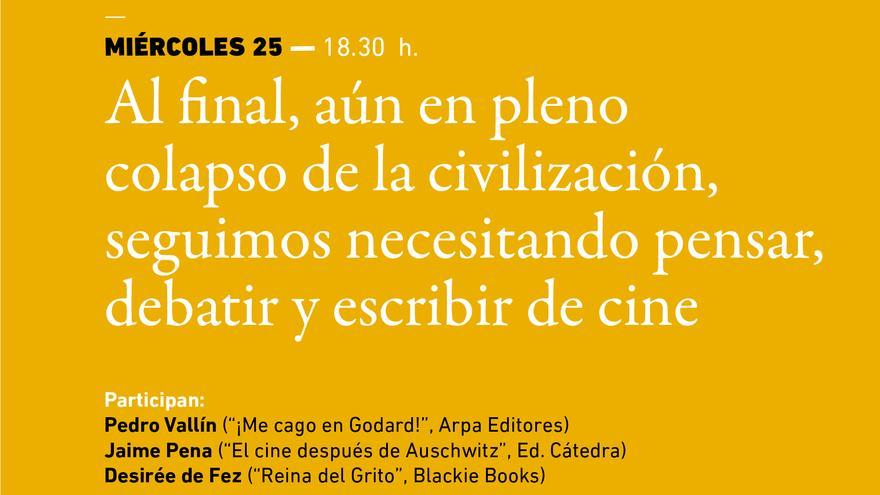 elDiario.es, as a collaborating medium of the Gijón International Film Festival, broadcasts live the 5 round tables organized in this 58th edition of FICX, which will take place between 20 and 28 November.

In the end, even in the midst of the collapse of civilization, we still need to think, debate and write about cinema – Wednesday 25 at 6:30 p.m.

During the debate they will talk about books, cinema and the need to continue reflecting on art. Pedro Vallín (I shit on Godard!, Arpa Editores), Jaime Pena (The cinema after Auschwitz, Ed. Cátedra) and Desirée de Fez (Scream Queen, Blackie Books) and Fernanda Solórzano (Mysteries of the dark room, Ed. Taurus).

How many crises can be concentrated in an object as simple as a movie book? The crisis of the publishing sector, the crisis of film criticism, of cinema as a phenomenon linked to the experience of the theater and a trigger of ideas between the so-called cinephilia … and even so, in the face of such a panorama, the viewing of a film for many of us and us remains an experience linked to the idea of ​​reflection and debate.