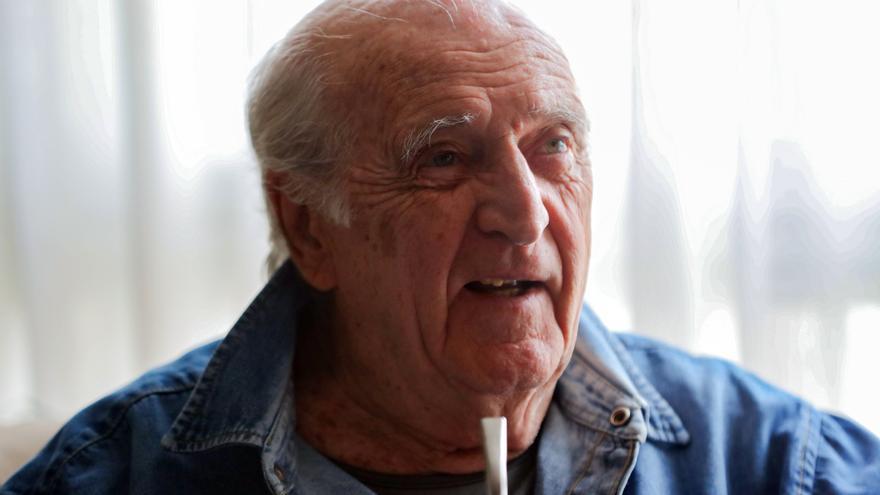 Montevideo, Jun 28 (EFE) .- Protagonist of the award-winning film "La noche de 12 años", inspired by one of his books, the Uruguayan writer Mauricio Rosencof, someone who suffered torture and harassment during the dictatorship (1973-1985), thinks that the pandemic is the "fiercest" event he remembers.

Concerned about the situation the world is going through, the journalist, imprisoned during the civil-military regime together with the then guerrillas José Mujica and Eleuterio Fernández Huidobro -who would become, respectively, President of Uruguay and Minister of Defense-, assures that it that is happening "is worthy of a science fiction novel."

A few days after his 88th birthday, Rosencof talks with Efe after the publication of his latest book, "La caja de zapatos" (Alfaguara / Penguin) and the reissue of one of his most emblematic works, "La rebión de los cañeros" (Editions del Berretín), from 1968, and in the midst of the unease caused by watching football without an audience in the stands.

There is also a place to talk about the coronavirus and highlights: "If 30 years ago a science fiction novel had been written with what is happening, it said: 'how well written it is, look at what imagination it has'".

A THEME THAT WILL NOT CLOSE

For the writer, who during his 12 years in prison wrote clandestine verses on cigarette paper and kept many others in his head, the pandemic has become something that there will be "no way to close."

It indicates that, later on, it will be present in literature, theater, art, comments and essays, as it happened before with other diseases.

Although Rosencof does not confirm if at any time his pen will dedicate words to the SARS-CoV-2 coronavirus, he does say that, shortly after having published his last work, he is already writing again.

He assures that he does so because of that "biblical" phrase that 'Macho' Gutiérrez, one of the patrons of the bar he frequented, told him when he found out that he had published his first story: "'It's very good,' he told me. ' Humanity must be entertained with something. '

According to Rosencof, his latest work -published in May- tells the story of an individual who is between four walls under the shadow that radiates an internal hood and with the risk that they will enforce the sentence that they had announced, which is "the end point".

"Under the hood all his history passes; then he comes to the conclusion that one is his memory," says the writer, who on several occasions said that, during his time in seclusion, he forged his own language with Fernández Huidobro scratching and hitting with his knuckles the wall that separated them.

Regarding the pandemic, Rosencof also has words to talk about how the situation is lived in Uruguay and is critical of many decisions taken by the Government of Luis Lacalle Pou (center-right).

"It seems to me that the most important thing has been the creation of groups of scientists who, without receiving anything in return, made proposals," he emphasizes.

However, it highlights that many of these were not taken into account by an Executive who, from his point of view, "makes enemies when there is an opposition that proposes measures that conform to those proposed by the scientists of the Honorary Scientific Advisory Group" (a group made up of more than 50 experts who advised him on the management of the pandemic).

Also, criticizes that those who died from this disease "were transformed into numbers."